If silence is golden, then a recent Senate report is a 24-karat document for those defending “the advancement of religion” as a legally recognized charitable purpose.

In other words, the committee has no objection to the four charitable purposes continuing as they are. Three of them are rarely controversial or hotly debated – relief of poverty, advancing education, and things generally beneficial to the community aren’t controversial or very hotly debated. But it was an open question whether advancement of religion would come through unscathed.

It did, though the concept isn’t always popular in Canada.

When Cardus partnered with the Angus Reid Institute to poll Canadians in summer of 2018, faith communities didn’t always get a ringing endorsement. In fact, 38 per cent of respondents agreed faith communities made a positive – or mostly positive – contribution to Canadian society. While that’s far higher than the 14 per cent who believed their contribution was negative, it’s still short of a majority.

And it’s not as though the committee didn’t face the question of whether the advancement of religion should continue as a charitable purpose. Indeed, the B.C. Humanist Society (BCHS) submitted a written brief arguing that it should not. As an alternative, the BCHS ironically suggested the expansion of the advancement of religion to include its opposite – the promotion of atheistic humanism.

The committee heard testimony of the opposite view as well.

Noted charity lawyer Mark Blumberg warned that removing the advancement of religion as a charitable purpose, “could cause a culture war, which would be very disruptive to the charity sector.”

In the end, the committee recommended no changes to charitable purposes under Canadian law, tacitly endorsing all of them in its silence. 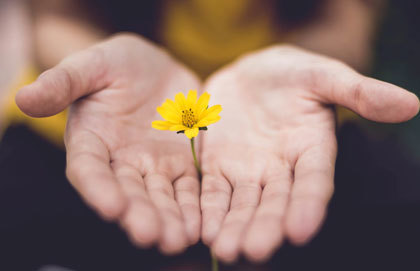 No Retreat on Advancement of Religion
Bennett to Senate: Protect Religious Freedom
Parliament without a Resolution

Others, like John Pellowe, CEO of the Canadian Council of Christian Charities, told senators the advancement of religion leads to general benefits for all.

And in his written submission, Milton Friesen, social cities program director at Cardus, noted Halo Project research that suggests every dollar in a religious congregation’s budget leads to an estimated $4.77 worth of benefit to its local community.

Canada-wide, the benefit would be worth tens of billions of dollars.

In the end, the committee recommended no changes to charitable purposes under Canadian law, tacitly endorsing all of them in its silence.

While the report is silent on changes to recognized charitable purposes, senators themselves have been anything by silent about why they’ve decided to leave well enough alone.

“Religion is the base … where so many people have learned to give,” said Committee chair and Liberal Senator Terry Mercer at a June 20 news conference. “So many people are asked to give when they go to their church, or their synagogue, or their temple, and that’s the basis on which they learn philanthropy. It’s the basis on which they learn the shared responsibility to the need.”

“I know churches in Toronto house the homeless,” said Omidvar. “Gurdwaras feed the hungry. We know that mosques gather donations for international aid. So, I think that we need to recognize that religious institutions do more than simply preserve their religious beliefs; they extend themselves in very significant ways.”

The comments by Mercer and Omidvar highlight a simple truth: Canada’s religious communities contribute to the common good. As the committee heard during its hearings, it is the nature of religious communities to behave this way. Charitable status simply provides public recognition – and public facilitation – of this fact.

Notably, the senators’ comments provide a powerful counterpoint to a debate over religion’s place in society that flares up from time to time in Canada. From politicians calling evangelical Christians un-Canadian, to the federal government’s Canada Summer Jobs fiasco, to Quebec’s imposition of official secularism on government employees, Canada has seen several attempts in recent years to push faith and religious Canadians to the margins of society.

Doubtless, there will be more such attempts. And when they do come, silence won’t be an option for Canadians of faith.

No Retreat on Advancement of Religion