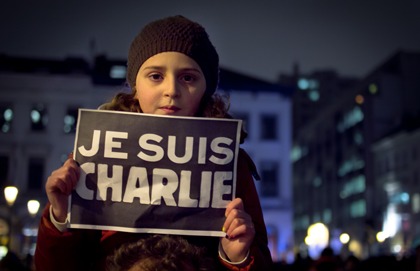 The tone of reconciliation in the new cover of Charlie Hebdo points to what seemed lost after last week’s murderous attack: recognition of the essential distinction between fear and prudence.
Until the satirical newspaper’s image conflating Muhammad and forgiveness, we had been floating — floundering? — on waves of feel-good support for freedom of expression and group solidarity for the journalists slain in the Charlie Hebdo newspaper offices.
Millions marched in Paris and other cities, of course, declaring “I Am Charlie” as a means of making common cause with the dead. The outpouring of symbolic cartoonist pencils being held aloft has already prompted a riposte of sorts from those who question its authenticity, never mind its effectiveness.
Read the rest of this article at the Calgary Herald website.