When the Commons Heritage Committee handed down its report this week on a motion to combat religious discrimination, including Islamophobia, Convivium’s editor-in-chief and two regular contributors were among the witnesses whose testimony was highlighted.

Father Raymond de Souza as well as Cardus Law program director Andrew Bennett and Ottawa writer Don Hutchinson were all cited in the report, which produced 30 recommendations for the government, the last one being the designation of a National Day of Remembrance and Action on Islamophobia to mark the 2016 killing of six people at a mosque in Quebec City.

Convivium published the testimony of  Father Raymond de Souza and Cardus Law program director Andrew Bennett when they made their presentations to the Heritage committee, and we re-post them here for those who might have missed them initially or want to go back and read them again. Convivium also published a commentary by Don Hutchinson which we also link back to here today.

The main report and a Conservative party minority report are available here. 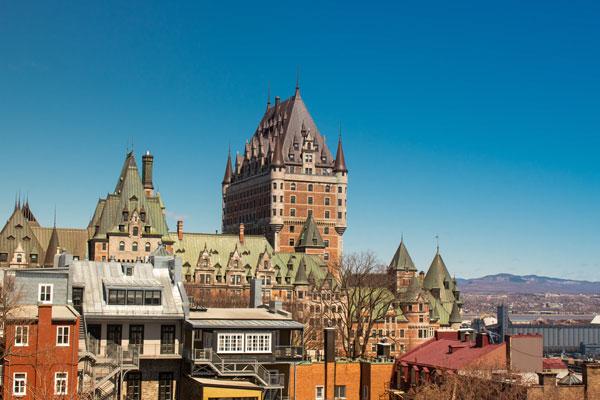 Challenges Ahead for Quebec's Ban on Religious Symbols
Cardus Law: You, Me, Community
Religion, Freedom, Citizenship

Father Raymond de Souza distinguished between these two types of discrimination: “Race, of course, involves characteristics inherited at birth. Religion is a matter of faith and practice, which can change.” As explained by Andrew Bennett, Senior Fellow at Cardus, members of religious communities “face discrimination variously because of who they are, what they believe, what they wear, and what they value, all of which can be at odds with what secular elites in this country believe to be true.

Father Raymond de Souza, for his part, warned against “a chill around discussing difficult questions regarding Islam [as] those need to take place,” reminding the Committee that these discussions are already taking place within Muslim communities.

Andrew P.W. Bennett, Senior Fellow with Cardus, agreed that community groups and non-government organizations should be consulted, but cautioned that a wide array of opinions should be sought. He emphasized: If you're going to bring together [Non-Government Organizations] and community groups…there has to be a constant check on political inclination…You should always be seeking to engage broadly.”

Furthermore, during the course of the study, Bill C-51, An Act to amend the Criminal Code and the Department of Justice Act and to make consequential amendments to another Act, was in the process of being examined by the House of Commons. As some of the provisions in the Bill concerned sections of the Criminal Code related to religious communities, some witnesses discussed the Bill during their appearance before the Committee. Don Hutchinson, author, called for Bill C-51 to be amended in order to retain section 176 of the Criminal Code, regarding obstruction or violence to officiating clergyman and disturbing religious worship. However, he approved the proposed removal of section 296, concerning blasphemy, as “all beliefs and practices, religious and non-religious, must be open to critical evaluation and peaceful dialogue, debate, and dissension.”

Dr. Andrew Bennett, Senior Fellow at Cardus and former Ambassador of Religious Freedom, was also quoted in the Conservative Party minority report. He stated that, ”we need to address anti- Muslim hatred that exists in this country… these selfsame evils manifest themselves in hatred of Jews, Catholics, LGBTQ persons, people who oppose same-sex marriage, first nations people, pro-lifers.

Challenges Ahead for Quebec's Ban on Religious Symbols