The Toronto Board of Health recently voted to extend student nutrition programs to qualified independent schools. Should Toronto City Hall accept the board recommendation, 300 independent schools would potentially gain access to a publicly funded breakfast program. Why waste scarce public money feeding rich kids, many may say? Because those that qualify will not be rich. Herein lies an overlooked injustice. Unquestioningly assuming all parents who choose to educate their children outside the public system are rich flies in the face of logic and reality. It also perpetuates a dangerous stereotype, which distorts social policy and breeds injustice.

Recent media coverage of this issue repeatedly mischaracterizes independent schools as bastions of elite privilege. In fact, less than four per cent of independent schools in Ontario are elite preparatory schools whose students are unlikely to quality for a breakfast program. In any case, only a few can afford the prestigious private schools that dominate popular and media perceptions. A recent study estimated such elite schools accounted for fewer than five percent of Canada’s 2,000 or so independent schools.

What is more, most people choosing independent schools are ordinary Canadians who are not among the top one, five, or even 10 percent.  People for Education found the average family income in a low-income Ontario public school is $44,455. Meanwhile, a 2007 survey of independent school parents found that 21 per cent of families reported annual incomes below $50,000. They also found that parents choosing religiously defined private schools reported notably lower income levels than those choosing academically defined schools. Indeed, a recent study of household incomes in British Columbia found that parents who choose non-elite independent schools (that is, mostly religious schools) have average after tax household incomes of about $78,900, while the average B.C. family that chooses a public school had an average income of $77,400 – a difference of less than two per cent.

Choosing an independent school means choosing to pay more. We can argue over whether governments should help cover these extra costs. We think there are good reasons to do so, but this is not the place for that discussion. Our concern here is that all but the richest families choosing non-public schools have a harder time making ends meet than similar families choosing public schools. These additional costs will inevitably hit lower income families harder, but they must be paid by all.

When assistance is provided for lower income families, shouldn’t all that qualify benefit?  Is it defensible to deny assistance to families simply because they choose independent schools? To do so will unjustly discriminate against needy families. Moreover, religiously oriented independent schools tend to have more students from poorer families. Denying assistance to independent schools disproportionately discriminates against families choosing a religiously informed education for their children. The Toronto Board of Health deserves great credit for seeking to remedy such injustice by extending access to student nutrition programs in all eligible schools, public and independent. 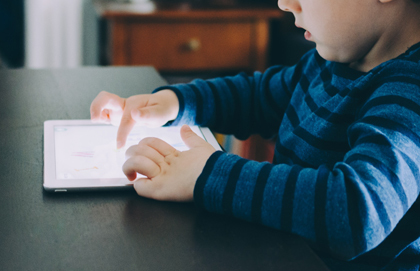 Home Schooling’s Lessons For Education
Warming up to Educational Equality

Alberta’s new Act to Reduce School Fees provides perhaps the best example of systemic discrimination against independent schools. This legislation eliminates fees for textbooks, workbooks, photocopying, paper supplies, and eligible transportation costs only for public schools. Schools of choice are specifically excluded. Apologists will say the legislation defines schools of choice to include alternative public schools as well as independent schools. This only reveals the deliberate discrimination against parent choice.

Is it defensible to deny assistance to families simply because they choose independent schools?

We have observed another situation in Ontario. While the province does not require elementary independent schools to participate in its standardized provincial testing program, those that choose to do so must pay a per student fee. Apart from imposing additional inequitable costs on independent schools, this practice does a disservice to both parents and society by ensuring provincial test results exclude thousands of children and allow hundreds of schools to remain unaccountable on these measures.

Let’s also remember that independent schools contribute to the Ontario provincial government’s bottom line. Were all independent school students to exercise their right suddenly to attend a government-run school, the Ontario Federation of Independent Schools estimates that it would cost the provincial treasury $1.6 billion to accommodate them. So, not only are taxpayers whose kids attend independent schools already supporting the public school system with their taxes, they’re also helping to ease the burden on a cash-strapped education system.

Simply put, the reality that independent schools face daily is very different from the image the public and media have in their minds. And the role independent schools play in public education is more significant than many appreciate. So, it is one thing not to fund independent schools. It is quite another to discriminate against parents choosing such schools by subjecting them to unjustified extra costs. As shown by the decision of the Toronto Board of Health, students deserve to be treated equally regardless of whether their schools are financed from public or private funds.

Derek J. Allison is Emeritus Professor of Education at Western University and author of Cardus’ Toward a Warmer Climate for Ontario’s Private Schools.  Deani Neven Van Pelt is a senior fellow at Cardus. Beth Green is program director for Cardus Education.