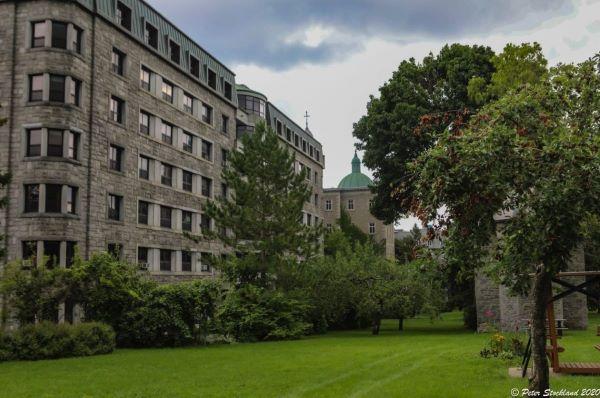 About 40 years ago, Raymonde Gauthier found a PhD topic by glancing out the window of her small apartment at the corner of Montreal’s St. Laurent Boulevard and Sherbrooke Street.

Through the heat of Quebec’s post-1960s anti-clerical nationalist euphoria, Gauthier looked out on some of the city’s majestic 19th century Catholic churches. A similar vista of rooves and spires had prompted Mark Twain a century before to insist one couldn’t throw a brick anywhere in the city without breaking a stained-glass window.

“I didn’t go to church on Sunday, but I decided to visit churches on weekdays instead. When I looked out my window, I saw the churches were my subject. I thought I would go and look through their windows to find out who built them, and how he did it,” she says.

Research motivated by Gauthier’s need to maintain a teaching job at the Université du Québec à Montréal culminated three years later in a 600-page doctoral dissertation. Its subject was Victor Bourgeau, the architect whose blueprints and supervision dominated Quebec’s Church building boom over the four decades from 1839 until 1880. It was also an intensive examination of the way in which faith shapes the physical structures of urban life; not just church buildings themselves but the patterns of streets, the politics of daily life, what we see when we look at the window at the places we call home.

Gauthier and co-curator Ginette Laroche, an independent art historian and ethnologist, have intriguingly left space for ambiguity as to who needed whom most: the Bishop or his Architect.

At times, Bourget and Bourgeau seem almost cantilevered. Even so, it’s difficult to say with certainty who was the base of support and who was the projecting beam.

In terms of pure power, of course, Bourget was an episcopal force of nature. Named an assistant bishop of the newly created Montreal diocese at 38, he was a full bishop only three years later. The succeeding 36 years constituted a whirlwind of ultra-montane Roman Catholic expansion in Quebec, of Bourget’s numerous trips to Europe to study church-building and related matters, of welcome and support for four communities of women religious along with the establishment of the St. Vincent de Paul Society, of the encouragement of banks to help Catholic workers save money, and finally of deep plunges into so many Church and secular political disputes that the Vatican finally began to express concerns.

For his part, Bourgeau was a villageois born into a childhood in rural Lavaltrie, northeast of Montreal. He came to the growing city unable to read or write even sufficiently to sign his name. But he had also been born into a family of skilled craftsmen who made an employable carpenter out of him almost before he was out of boyhood. It was while he and his uncles were earning their living as wood workers for hire, Gauthier says, that Bourgeau began to truly exhibit his skill at drafting building plans. Somewhere in that period, he also learned to read and write, though exactly how and from whom remains a mystery. 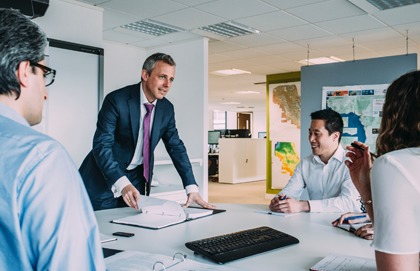 What is known is that over the course of his years crafting churches at Bourget’s behest, Bourgeau gained such architectural stature in Montreal that he was ultimately able to spurn the Bishop’s greatest commission. It was to build a one-third sized version of St. Peter’s in Rome approximately where the present Mary Queen of the World Cathedral now stands on Boulevard Réne Lévesque in the city centre.

Bourgeau considered the project impossible. Bourget, described as the Donald Trump of his day in terms of his conviction that no building project cannot be carried off, went ahead anyway straight into the face of what became a financial catastrophe and appears to have been the cause of the Bishop’s removal, Gauthier says.

“Bourget wanted things done his way. He wanted it built in the Protestant part of the city on the west side. He wanted to teach the Protestants how to do things. He learned that’s not how things are done. There was no money. It was during an economic depression. People were very poor. Some kind of a floor was built, then the base of some of the columns, and then it stopped,” she says.

The debacle illustrates an impetus for church building that was both a source of strength and weakness for Catholics in the Bourget-Bourgeau era, she notes. The Quebec Church was, indeed, monumental at the time in both senses of the word. It was monumentally powerful in large measure because it filled a multitude of social roles as well as its religious purpose. It provided health care, education, a measure of food security and poverty alleviation, urban improvement, and governance functions such as registries of births, deaths and marriages. It also built monuments to the faith, about 70 of which Bourgeau either planned and completed or was involved in at some stage, according to the Biographical Dictionary of Architects of Canada.

The Quebec Church was, indeed, monumental at the time in both senses of the word. It was monumentally powerful in large measure because it filled a multitude of social roles as well as its religious purpose.

But as Gauthier points out, those “monuments” were more a function of the parish legal structure in Quebec than they were a mere outworking of ecclesiastical showing off. Parishes had the right to levy tax on everyone within their geographical boundaries. But the most productive way to justify the levying of that tax was to be able to point to building projects: new rooves, new steeples, new entire churches. There was also a sharp financial incentive to ensure the structures were large enough and durable enough to avoid destruction by fire or storm.

“The people inside the parish could sometimes be paying (the church tax) for 20 years, and if for some reason the church had to be rebuilt, they’d have to keep paying for another 20 years,” Gauthier notes. “There were no subsidies from the federal government or the provincial government because there were none. There was no help from anywhere. The person responsible was the Bishop, so he had to choose someone he could depend on to build things that wouldn’t be easily destroyed, that were very solid, that wouldn’t crumble.”

Bourgeau’s architectural career, then, can be seen to have flourished at least in part from that combination of episcopal dependency and the reputation for reliability he developed. His first commissions were for interior ornamentation of churches such as Montreal’s Notre Dame Basilica but he was quite quickly entrusted with formidable work on the construction of St. Pierre Apotre on Rue de La Visitation between Ste. Catherine Street and Boulevard René Levesque in what is now Montreal’s Gay Village. But the decisions Bourget made were also essential to the advancement of Bourgeau’s career, for example, the order for the Religieuses hospitalières de Saint Joseph to relocate the Hotel Dieu hospital from the port of Montreal to what was then countryside on the eastern flank of Mount Royal.

The “Bishops’ Architect” then created the massive complex that the Saint Joseph’s Sisters moved into in 1861, and where they maintained over the decades a monastery, a church and chapel, a teaching and acute care hospital, and a walled garden that at one time gave them virtual self-sufficiency in fruits, vegetables and other foods. The few remaining religious women now occupy only a western wing of Bourgeau’s architectural triumph, and they rent that from their landlord, the City of Montreal.

Paradoxically, Gauthier says, the decline of the cloistered order may let Montrealers enter, see and appreciate the spiritual and architectural heritage bequeathed by Bishop Bourget and Victor Bourgeau. Plans are afoot to open part of the now unneeded monastic wall, and to make the once-thriving garden a natural, barrier-free part of Mount Royal park.

Where visitors are now restricted to Sunday afternoons or special appointments, there will be the opportunity for a free floor of urban wanderers to enjoy the space, to re-acquaint themselves with Montreal, and Quebec’s, religious foundations to learn who built it and how. It might also encourage greater visibility and ease of access to the exquisite Musée des hospitalières de l’Hotel Dieu, where Gauthier and Laroche’s exhibit is found.

Now that would be a window well worth looking into.

A version of this column also appears in the Catholic Register.