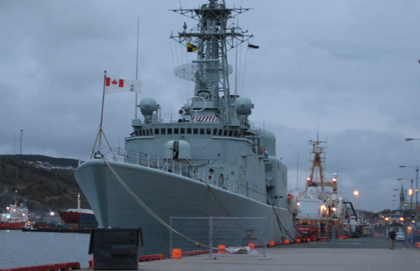 A Department of National Defence briefing on Canada's role in Iraq yesterday was almost comically short on fresh facts.

Despite the reticence of military communicators to actually reveal much of anything about our participation in Operation Impact, a large truth emerged out of the flannel-mouthing and evading. Whatever else it may be, war is mystifyingly complex and paradoxically cooperative.

We are accustomed to thinking of battle as something that ultimately falls to the lone hero charging madly through mud and blood to save friends, allies, homeland. We are bathed in that belief by Hollywood liturgy, though almost as much by the way medals of valour are presented for brave deeds done under fire.

Yet one tiny detail, a virtual footnote, allowed to emerge at yesterday's DND briefing was reference to a recent meeting at an air force base in Florida where 200 military planners representing 30-plus countries gathered to gauge and wage the war against the Islamic State in Syria and the Levant (ISIL). Exactly what they came up with was, of course, off-limits as information. But think about what those numbers represent.

The ISIL fighters who have swept through large parts of Iraq murdering, terrorizing, and beheading have shown themselves to be well-steeled fighters capable of bettering at least the more hapless parts of the Iraqi security forces. But the war against them, challenging at it may be, is hardly the Normandy landing or the campaign through Italy in the Second World War.

Still, a multi-national campaign such as Operation Impact requires intense interdependence of logistics, information and even diplomacy. The nations involved and their respective military institutions need to be as much about allied respect as enemy elimination. That was underscored when a DND briefer revealed, in very much a "now it can be told" tone, that it was Australian Hercules supply plane that Canadian CF-18s flew "top cover" for last week to bring relief to refugees trapped on an Iraqi mountain.

Now, other than having our nation's noses broken from time to time by marauding Australian rugby teams, and getting our own back by having some of their political class worship Stephen Harper, Canada and Australia are hardly punishing rivals. We rarely step on each other's toes, if only because we are very large oceans apart. 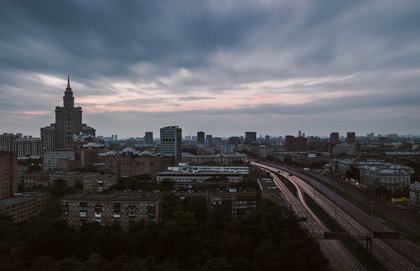 Re-evaluating Russia
Not Entirely Convinced
Elections are About the Electorate

The rules of engagement in Operation Impact, however, are that no identifying details are revealed about missions until all countries involved have approved.  Canada had to wait a week for Australia to approve of us saying which country our pilots had flown a protective mission for.

It's a rule of respect that is respected, even in a theatre of war where the enemy disregards all norms of human behavior by chopping people's heads off. Nationally, militarily, institutionally, no one is going it alone.

Curiously, what works in war was shown yesterday to be crucial to peace as well. While the individual may stand above the crowd, it is the crowd that propels the individual forward.

This came through in an inspiring way on a distinctly disturbing topic. The occasion was an all-party media conference held by Justice Minister Peter McKay, Green Party leader Elizabeth May, Liberal MP Irwin Cotler, and Conservative MP Scott Reid to raise awareness about three international prisoners of conscience.

The MPs tied their appeals to the anniversary of Nelson Mandela's death. As prisoners of conscience, Biram Dah Abeid in Mauritanian, Leopolodo López in Venezuela, and Ayatollah Hossein Kazamani Boroujerdi in Iraq each represented in his own way the courage and spiritual strength Mandela showed in leading South Africa out of apartheid, they said.

All made passionate remarks about the need for Canadians to understand the brutal oppression these prisoners of conscience face. They spoke collectively and movingly. The only thing missing was the media. Two—count ‘em, two—journalists bothered show up for the media conference on Parliament Hill.

When this was pointed out, Cotler, in his inimitable charming way, dismissed it as irrelevant to the greater goal. He pointed out that 36 years ago, when he was raising awareness of the plight of Soviet prisoner of conscience Anatoly Sh,aransky, only one reporter showed up for the press conference. Eventually, however, public and political pressure forced the Kremlin to release Sharansky in 1986.

Cotler related how Mikhail Gorbachev himself explained Sharansky's release. When he was Soviet agriculture minister, Gorbachev gave testimony to our House of Commons standing committee on agriculture. All the members of the committee wanted to question him about, however, was Sharansky. And when Gorbachev walked out of the Parliament buildings, he was met by a large crowd of pro-Sharansky protestors.

“He didn't even know who Sharansky was,” Cotler said. “But when he became president, he remembered and wanted to see his file. He said: 'This is costing us too much; let him go.'”

Asked about the odds of a Canadian MPs on the Commons agricultural committee having that kind of an effect on the world stage, Cotler smiled wisely and said: “The thing is, the members of the agriculture committee didn't know who Sharansky was either. It took a lot of work to inform them.”

It's undeniable that one person, heroic or otherwise, can make a difference. But whether in war or peace, we all need the complex cooperation inherent in effective institutions to create true change. That's just a fact of history.