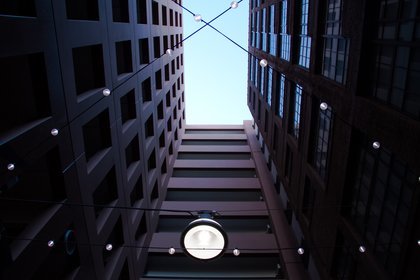 After the Oscar ceremony went Keystone Kops presenting its own best picture Academy Award, it might seem incongruous to herald Canadian conservatives for tagging comedy as a force for cultural renewal.

Yet the same weekend that Hollywood flipped itself farce-over-coffee-pot by announcing that La La Land, errrr, whoops, we meant Moonlight was the year’s top film, delegates to the conservative Manning Centre Conference in Ottawa were urged to unleash their inner comic and laugh the rest of us past the morass that is left-liberal post-modern thinking.

The urging came from no less a battle-hardened absurdist than the University of Toronto’s Jordan Peterson, who even looks a little like playwright Samuel Beckett if you squint in the right light. Okay. That’s tongue in cheek. Professor Peterson doesn’t remotely resemble the late, great Irish dramatist famed for his theatre-of-the-absurd works.

But last fall, Peterson faced job loss and legal punishment for refusing to use university-mandated pronouns when speaking to transgendered students. He was placed in a circumstance straight out of Beckett’s Endgame or Krapp’s Last Tape. No doubt he endured, at least in part, by treating it as a dark Beckettian joke. Sanity, he had to believe as a clinical psychologist, must ultimately prevail.

The conviction certainly seemed to fuel his message to a Manning Conference audience seeking effective responses to suppression of dissent on North American university campuses. Peterson’s prescription was a short, sharp, straightforward thrust. The conservatively minded must speak up, he said, and then speak up some more. They must never succumb to self-censorship or preventative silencing.

“It’s not safe to speak. It never will be. But it’s even less safe not to speak. If you don’t speak up, you’ll find in 20 years that you’ve become a miserable worm,” he said.

Things then turned quirky when he held out Milo Yiannopoulos as a model to be, figuratively speaking, embraced. Yiannopoulos, of course, has fallen from grace faster than a fat man stepping on a banana peel whilst carrying a cardboard box of cream pies. Being caught on video suggesting approval of pedophilia will bring even the highest flyer low. 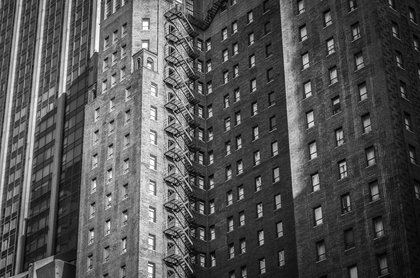 A Message From Manning
Does Canada have Social Conservatives?
We're All Canadians, Mr. Cherry
Then he added this: “The times call forth the speakers.”

But Peterson’s point was not to condone perversity. His call was to harness the power of the unpredictable on which all comedy, and by coincidence all hope of cultural renewal, relies.

As a flamboyant gay British Republican expat who loves black men as much as he loves saying shocking things to dour post-modernists, Yiannopoulos is no one’s stereotype of a conservative. It’s hard to imagine, in fact, what anyone but Samuel Beckett might imagine him to be. That’s precisely where unpredictability powers on in, Peterson said.

“Milo is a trickster figure, a comedian, a court jester. He’s poking fun. He’s laughing. Court jesters risked being whipped if they went too far, but they took that risk. Milo took that risk,” he said.

Then he added this: “The times call forth the speakers.”

Indeed they do. Or not. To be at this year’s Manning Centre Conference was, with the exception of Peterson’s remarks and my colleague Andrew Bennett’s courageous defense of religious freedom, to witness silence triumphing almost manically. The degree of tip toeing around certain [read: socially conservative] issues rivaled Saturday morning at a ballet school in its clench-jawed determination, if not its artistry.

Case in point: Jason Kenney, once Canada’s crown prince of quintessential social conservatism, got through a lengthy panel discussion on the future of conservatism in Alberta without ever mentioning matters that used to be his political bread and butter.

At the outset, Kenney admitted that once he wins the leadership of the Alberta Progressive Conservative Party, reunites the PCs with their rebel cousins in the Wildrose Party, and defeats Rachel Notley’s governing New Democrats, he hopes to emulate former Premier Ernest Manning, who ruled Alberta unopposed for 25 years.

When it came time for content, though, he seemed more prone to taking a page from the late Premier Ralph Klein, whose otherwise free radical administrations operated under a stringent ban on even mentioning the so-called 4 H topics: Habitants, Homosexuals, Handguns and Habortion.

Nor was Kenney an outlier. A two-hour debate among the 14 federal Conservative leadership hopefuls trooping across the Manning Conference stage produced but one, MP Pierre Lemieux, who even hinted that social conservative concerns warrant reasonable discussion in Parliament. All the rest was silence, which is curious given what is happening south of the border where ancient post-modern liberal-left orthodoxies are being vigorously contested by the rising generation of conservatives to whom the “trickster” Milo Yiannopoulos appeals by bringing forth peals of laughter.

Granted Hollywood, which obviously can’t even properly organize its own awards show, will continue to protect and promote such orthodoxies as models of social organization. But that only underscores Jordan Peterson’s contention that spoofing, whether aping Yiannopoulos or someone less outré, is what will finally overthrow the post-modern paradigm. Through humor, as any reader of Waiting For Godot knows, sanity can be rescued from absurdity.