The Quebec government, by order in council, has locked down the province for a month and deprived its citizens of their constitutional rights, on the grounds of a “public emergency” that does not presently exist, under cover of a pandemic that has almost run its course. Other jurisdictions are following suit, making the same mistake.

In this it has been aided and abetted by public health officers and others responsible for matters medical (including hospital administrators and union leaders) who, having failed to set their own houses in order, are willing to see the government confine the citizenry to their houses, orderly or otherwise, and to withdraw from them many ordinary services and procedures.

It has also been aided and abetted by large sectors of the media that peddle partial or misleading information, promoting a culture of fear among the people, while abandoning their proper task of probing and challenging official accounts of the state of affairs.

We may also assume that those with much to gain financially and politically from the current turmoil – whether in Big Pharma and Big Tech or in other spheres of the New World Order that is being erected at the busy and dangerous intersection where Chinese interests and those of the Davos crowd meet – have reprogrammed the stoplights, so to say, though much remains in the realm of surmise.

Religious institutions have mounted little or no resistance in defence of the people’s rights, though the Hasidim in Montreal have recently made a move in that direction. For its part, the Catholic Archdiocese merely issued a communiqué announcing its ‘solidarity’ with the government decision to lock down the province and close all houses of worship without notice. That once again religion was being labeled “inessential” – indeed, that its own authority to do what it believes to be commanded by God was being denied – did not trouble it sufficiently to recommend the same course.

In his announcement of this latest lockdown, which is backed by hefty fines and pervasive policing, Premier Legault offered no compelling justification at all. He merely repeated the talking points of the bureaucrats who claim that this will rescue us from an impending disaster in our hospitals by slowing the winter wave of Wuhan virus transmissions.

As I’ve said elsewhere, the projected disaster is pure speculation. Our hospitals were not overwhelmed last spring at the crest of the first wave, and they are still less likely be be overwhelmed now. In the country as a whole, Worldometer is presently showing only one per cent of confirmed cases as serious or critical. It is also showing that less than two per cent of the population is infected.

The real infection rate is likely very much higher, which means that the percentage of serious or critical cases is correspondingly lower. But using these figures as a rough guide, one per cent of two percent in no way qualifies as an emergency, nor even as a pandemic. And while infection numbers have been rising, and deaths with them, hospitalizations (about 1380) and ICU numbers (just over 200) in Quebec are at the moment relatively stable. What’s more, deaths caused directly by COVID have always been predominantly in those over 85, which makes for a rather fuzzy line between “with COVID” and “from COVID.”

In the face of a pandemic, it is crucial to have crisis management systems in place that allow effective targeting of resources, protection of personnel, and encouragement of morale. 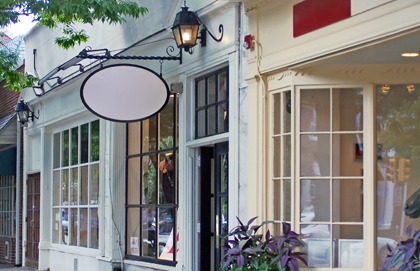 The Wuhan virus is dangerous, in other words, but for most not deadly. Among more ordinary health threats it has a great many competitors in its weight class. Leaving aside heavyweights such as cancer and heart disease, etc., take traffic accidents. These alone took 333 lives on Quebec roads in 2019 and put another 1334 in hospital with serious injuries. COVID has far outstripped that, of course, but mainly because it kills in combination with other serious complicating factors, especially age (as even ordinary flu viruses do). It must be remembered that all-cause mortality in 2020 through the end of October was not up but down slightly in Canada from 2019. And while the winter wave is a heavy one, its mortality toll is lighter.

Pandemics, to be sure, are very hard on hospitals – apart from major disaster scenarios, the effects of non-viral health hazards tend to be distributed fairly evenly throughout the year and they don’t impose the same burden of transmission prevention. That’s why, in the face of a pandemic,  it is crucial to have crisis management systems in place that allow effective targeting of resources, protection of personnel, and encouragement of morale. This, inexcusably, was not the case in Quebec or Ontario or in Canada generally. Even 10 months in, at the crest of the second wave, it still is not the case.

And what is the case? Having permitted a situation in which the hospitals are not functioning anywhere near capacity because half the staff is home with what the unions call “burnout” while the other half approaches the limits of tolerance, the authorities have decided that the best thing to do is to keep the whole population at home. We can take our dogs out for a walk “to do their business,” but we will not be able to go about our own business until – when?  Until we discover whether the hastily constructed and inadequately tested vaccines have worked? (That these vaccines are ethically problematic, in part because of the risks they entail, deserves more attention.)

This doubling down is hard to fathom. Lockdowns waste resources rather than preserving them. Lockdowns hurt healthy people without helping sick ones. Lockdowns amount to indiscriminate quarantine and thus to ineffective quarantine. Like quarantine they should never last more than a fortnight, and that fortnight must be before the virus has spread. After that, a lockdown is simply cutting off the nose to spite the face.

The disfiguring consequences are borne disproportionately by small businesses and the working class, by those who will suffer unnecessarily from illnesses much more devastating than COVID, by young families whose present has been turned inside out and whose future has been mortgaged, by the needy of all ages, and by religious communities which can scarcely function at all.

The government’s strategy from the start should have been to protect and assist those most vulnerable to the virus, while making as comfortable as possible those who were going to die, allowing them the human support they craved; to target resources where they were most needed, not to squander resources by shutting down the economy and the social support networks and the routine medical care, while constantly stoking feelings of anxiety.

The original panic was forgivable for a couple of weeks last March. So was the lockdown. Neither were forgivable after that, and nothing of the sort is forgivable now. Sustained or repeated lockdowns, with a virus already at large, don’t work. Only in 2020/21 have the leaders of the once-free world ever succumbed to the madness of supposing they would.

The disfiguring consequences are borne disproportionately by small businesses and the working class, by those who will suffer unnecessarily from illnesses much more devastating than COVID….

After almost a year of futile attempts to flatten or bend curves that have a mind of their own, can they not admit their error? COVID advances and declines do not correlate with our lockdowns, or with mask-wearing for that matter. They correlate with well-established patterns of nature. Lockdowns, on the other hand, when they exceed the fortnight of an ordinary quarantine, correlate only with self-inflicted public harms, harms they do in proportion to their strictness. They deprive people of their incomes, their support communities, their medical procedures, their constitutional rights, their morale and their sense of being a free people.

As Lt-Col. David Redman has pointed out, the process that led to lockdowns fits no known model of crisis management. Nor was it backed by sound science. Moreover, military-style lockdown, with blaring curfew notices and heavy police presence, smacks of oppression and further demoralizes the people. It is beginning to seem that the virus is not the only thing that has been bequeathed to us by the hostile regime in Beijing. Heavy-handed tactics, combined with disinformation and the suppression of information, leave a hint in the air of something more like Hong Kong than Montreal or Toronto or Vancouver. They have the feel of obedience training for things yet to come.

The people of Hong Kong, though they are well and truly up against tyranny now, have set us a powerful example in the defence of freedom. We should follow it, first through legal channels and then through civil disobedience if necessary. We should also be asking ourselves some hard questions about the source of our own fear and panic, succumbing to which has left us far too compliant and open to manipulation by those who are working to private agendas. We need to face our own mortality, lead our lives sub specie aeternitatis, and recall that we have faced worse pandemics before and will have to do so again.

The Court said that for-profits aren't excluded from RFRA's protection of the exercise of religion (just look at the definitions of terms)—but that only sets in motion a series of tests: Does the law impose a "substantial burden" on the religious exercise of the organization or person? Does the gove...