To lift a line from an old James Taylor song made famous by Emmy Lou Harris, my father was a sailor who blew in off the water.

In fact, he was shipwrecked off the coast of Newfoundland as a young Norwegian merchant mariner. The vessel split. Because he was the radio operator, my father was among the very last crew members to leave the sundered part. When I was a child, I would imagine him alone, furiously sending out SOS distress signals, until he could finally abandon ship and plant his feet at last on safe and solid ground.

A flood of such childhood story-memories about my father’s harrowing experience came back to me as I read Jason Zuidema’s contribution in Convivium this week, which highlights one of the greatest perils facing all who sail the sea. It is not shipwreck. It is loneliness.

As executive director of the North American Maritime Ministry, Jason wrote eloquently about the way the current COVID-19 pandemic, which has confined most of us to our homes, can provide us with a sense of the social isolation that seafarers routinely feel as part of their work.

“Seafarers are the human heart of maritime commerce and the reason we have goods on our store shelves,” he wrote. “Social isolation is inherent in the life of a seafarer: they are apart from family and friends for months at a time and have limited opportunities for communication with them. Irregular hours, a tight schedule, and language barriers can make even the ship itself an isolating work environment.”

During this time of pandemic, each of us is essentially adrift in our detached days. As a result, we are able to feel how ever-present isolation is a spiritual, not merely a physical or even intellectual, condition. No one is an island. Yet the ship's passage from ashes to ashes is one we must make alone unless we extend ourselves, consciously and consistently, to make it a journey of spiritual accompaniment.

It’s why, I think, poets and writers of song from the time of our first emergence have married the metaphors of the sea, and the sailor, and the salvation of spirit. Fast forward through human history to a celebrated contemporary example: the haunting stanza from Leonard Cohen’s immortal “Suzanne”:

Jesus was a sailor when He walked upon the water.
And he spent a long time watching/from his lonely wooden tower.
And when he knew for certain only drowning men could see him,
He said, “All men must be sailors then until the sea can free them.”
But he himself was broken, long before the sky would open,
Forsaken, almost human, he sank beneath your wisdom like a stone

Of course, not all such music must manifest the deep mysticism of a Jewish Montrealer who went off to a Zen centre in mid-career, probably understood Christianity better than most lay Christians, and returned late in life to the Judaism of his birth by declaring that: “The old religion is the best for me.”

When my daughter was first seriously developing her musical gifts, she used to sing a version of Stan Rogers’ “Lock-Keeper” that only needs now to pass from one of my brain synapses to another to make dust get in my eyes. The essence of the song is the push-pull of a sailor coming through the St. Lawrence Seaway engaging in what we’re given to understand is a long-running badinage with the eponymous lock-keeper. Good-natured taunts contrast the romance of traveling the world with the dull normalcy of staying at home to open and close the locks that give way to the sea. But Rogers, a native of Hamilton who had maritime salt in his every cell, comes down firmly on the side of simple fidelity to a place and constancy of love.

Sure I'm stuck here on the Seaway
While you compensate for leeway through the Trades;
And you shoot the stars to see the miles you've made.
And you laugh at hearts you've riven,
But which of these has given us more love of life,
You, your tropic maids, or me, my wife?
"Then come with me" you say, "to where the Southern Cross
Rides high upon your shoulder."
"Ah come with me!" you cry,
"Each day you tend this lock, you're one day older,
While your blood runs colder."
But that anchor chain's a fetter
And with it you are tethered to the foam,
And I wouldn't trade your life for one hour of home. 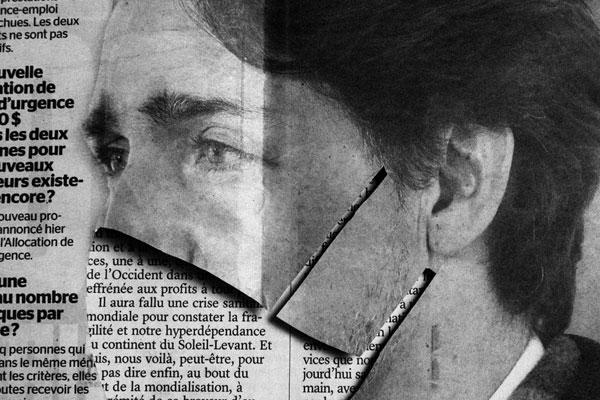 The lock-keeper’s wisdom pierces the fog of romantic illusion. There is no cure for loneliness and isolation in perpetual motion and persistant distancing. An hour of home is all we need for love of life. And as the late, great John Prine constantly reminded us, even three or four minutes of that hour repays being given over to song that lifts spirits and makes us laugh.

When I heard word last week that Prine had died of COVID-19, my first hope was that the news might be some cosmic joke he’d run past God first. No. This time, his ever-present, bad-boy-again half smile wasn’t at play. He was reportedly infected by his wife and, no doubt weakened by two previous decimations of cancer, died on April 7, in the middle of Holy Week. He was 73.

For the past 40 years, since he literally quit his day job as a mailman in Chicago and became an overnight folk-country-satirical song writing and singing success, Prine was one of our prime poets of loneliness. Yet his gift for stretching cheekiness almost to the snapping point of silliness allowed him enormous leeway engage in almost sermonizing at times. In song after song, he urged that we pay attention to each other, that we listen, that we attend to the solitary sailor in front of us.

The emphasis in Prine’s work on our social obligation to engage each other’s loneliness was among the factors identified in a 2007 scholarly article for the Journal of Religion and Health, which cited him as among the artists filling the space left by failing church adherence in an attempt to “grapple with God…in the face of desire, power and the demands of modern” culture.

“While God is not an explicit presence in many of his songs, it is clear from his references to God, Jesus, and the church that a religious upbringing was a significant factor in his life,” Philip Browning Hesel wrote. “His songs depict the longing people have for meaningful relationship through everyday characters, both fictional and autobiographical.”

Appropriate to Easter season, he saw in Prine a “concern for sustenance, of eating and being eaten, which is a reflection of the sacramental nature of God as giver of food…with the sustenance of being fed as a child.”

Though he was not in his public life a professed member of the Christian tribe, in an early song Prine employed a very specific Gospel image, mixed with his characteristic humour, to press home the need to pay attention to others. His “Everybody” has Prine “bumping into” Jesus while “out sailing on the ocean, while out sailing on the sea,” and agreeing to sit down with Our Lord for a chat just because the Saviour insists he’s “got some fat to chew.”

The pair sit for an hour or so “just eating that Gospel pie” with the singer contentedly unable to get more than few words in because:

The convo concludes when “a terrible wind came around the bend and lightening lit the sky….” Jesus departs with: “‘So long, son, I gotta run, I appreciate your listening to me,’”/And I believe I heard him sing these words/As he skipped out across the sea….”

Cue final chorus on the need of everybody to have somebody that they can talk to.

If, for some, the song borders on the irreverent, its message offers a serious spiritual counterpoint to Cohen’s sombre attribution to Jesus that “all men shall be sailors then until the sea shall free them.” We are paradoxically joined by our very isolation in the tides of loneliness that engulf us, by our collective identity as voyageurs, strangers together on the waters, aimed for the final release of God’s enduring love.

The mystery of that love, its work on the human heart, is nowhere expressed more exquisitely than in a song by gifted Montreal songwriter Lucinda Chodan, a long-time friend and former colleague at the Montreal Gazette. Her “Wooden Ships” is about Notre Dame de Bon Secours, the tiny, glorious Sailor’s Church, that sits on the eastern edge of the city’s Old Port.

Ships, wooden ships, sail the air
In the church by the St. Lawrence shore
Sailors made them and carried them there
Then knelt below, and said a prayer
While their small wooden ships rode the silent air

Years come and go like the tide
Past the statue that looks to the sea
Crown of stars and her arms open wide
To light and guard, to rule and guide
To keep watch on the ships where the sea birds cry….

My father was a sailor, who came shipwrecked off the water. As a child, long ago, I imagined him trapped, alone. Now, in this time of pandemic, what seems an age already of isolation, I think of his feet coming safe to the shore for his hour at home.

Showing Up or Showing Off

Prime Minister Justin Trudeau’s appearance at an anti-racism protest in Ottawa wasn’t questioned for his support of the worthy cause, but for his ambivalence toward the sacrifices of Canadians during COVID-19, reports Peter Stockland.

Kevin Daudlin’s vocation has taught him to seize the day. As a funeral director, he comes face to face with the reality that life is short. That's why his faith means so much to him. Read more here.