The just man will never waver: he will be remembered forever. He has no fear of evil news; with a firm heart he trusts in the Lord.

During these past 15 months many of us have longed for community, those places, times, and even spaces in which we come together face-to-face with others whom we love and with whom we share common bonds. At the core of community is the human person, the other self, with whom we desire to be in communion. As we experience community in our lives we are brought into contact with those who inspire us, who draw forth that image and likeness of God within us, and who reveal to us aspects of the divine life. For us, the just and good man who was HaRav Reuven Pinchas ben HaRav Chaim Yaakov, zecher tzadik livracha (often rendered as an acronym, zatzal, meaning “may his righteous memory be a blessing”) was one of those revealers. He was known to so many as Rabbi Reuven Bulka and his death on June 27 has brought forth both mourning and rejoicing in a life that brought justice and goodness into the world.

Rabbi Bulka was an enduringly kind and ebullient man, a bridge-builder, conversation starter, and guide for the ages. Indeed, he appeared never to be more at home than when he was engaged in deep conversation with any number of his congregants or those to whom he had been a guide over the years. Love, life, the present requirement for both holy and grace-filled living, or perhaps the best place to get ice-cream - no topic was too unimportant or too lofty for him to stop and consider alongside you. He was, for so many of us, a Rabbi for the long way home, the man who accompanied, counselled, and championed so many of us both within and beyond his faith tradition.

Rabbi Bulka was an enduringly kind and ebullient man, a bridge-builder, conversation starter, and guide for the ages.

What is perhaps more extraordinary is the way that Rabbi Bulka embodied these characteristics not just as a spiritual guide within his own community, but even beyond it. He was, for so many people, their first or even only encounter with a devout faith tradition. Be it on the radio, the halls of Parliament, his basement office at Congregation Machzikei Hadas, or in a coffee shop, Rabbi Bulka always took the time to invite those he encountered into a God-centered understanding of what it meant to be loved. He didn’t even need to use words most of the time. This divine love was something that could be felt so quickly and beautifully in his presence. 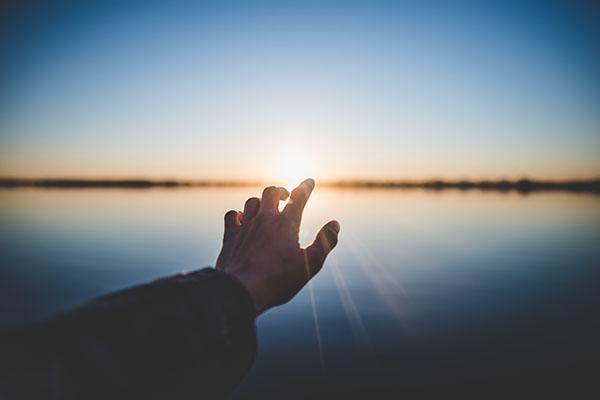 As two faithful Christians from different traditions, we were both blessed by our friendship with Rabbi Bulka. It was a friendship informed by this deep kindness and faithful witness to his Jewish faith. As an Orthodox Jew, he strove every day to follow the commandments of God and he did so with a deep and abiding joy. All those who knew him delighted in this joy and were shaped by it. Known for his commitment to kindness and acts of kindness, Rabbi Bulka popularized the Jewish dedication to the performance of mitzvot particularly those commandments related to the service of others. In the secular worlds of politics and civic life that Rabbi Bulka interacted with, much of his legacy has been associated with his kindness initiatives. Yet to see Rabbi Bulka as simply a kind man whose kindness was active in the community is to fail to see what that kindness was a manifestation of: the divine life.

As two faithful Christians from different traditions, we were both blessed by our friendship with Rabbi Bulka.

In his publication The Mitzvah of Gemilut Chassadim, the late Canadian Rabbi Jacob Immanuel Schochet emphasized how acts of charity and loving-kindness are central to living out the Torah: “Compassion and loving-kindness are the noble attributes by which man likens himself to his Creator. By performing the benevolent acts of Gemilut Chassdim, man brings to the fore the Divine Image in which he was created. Gemilut Chassadim is the great principle of imitation De-I, the imitation of G-d that man is commanded to effect as his chief aim in life.”

May you rest in the bosom of Abraham, Rav Reuven! Zecher tzadik livracha. May his righteous memory be a blessing.

The model of Christ’s solitary suffering on the Cross can bring us through COVID-19  isolation to renewed love of community, writes Cardus' Andrew Bennett.