Rose Conway-Walsh identifies as a confidently progressive left-of-centre leader of Sinn Féin in the Irish Senate.

She’s equally confident, however, that many of Ireland’s pressing, implacable existential problems could be resolved by turning the clock back to April 24, 1916.

Conway-Walsh’s comments coming during a brief visit to Montreal and Toronto to commemorate the Easter Rising of 1916. On this day, 103 years ago, a handful of republican rebels took control of the General Post Office in Dublin, where they read out a Proclamation declaring Ireland’s unilateral independence from the United Kingdom. After 747 years as an oppressed colony of England, they declared, Ireland would at long last be freed from the yoke of an alien government.

Freedom didn’t last long: six days, in fact. The British army laid waste to Dublin’s centre, killed numerous civilians, rousted rebel forces scattered around the city, and immediately executed 14 republican leaders by firing squad. So bloodthirsty were the reprisals that one of the leaders, James Connolly, was shot while he was tied to a chair because he was too badly wounded to stand.

Even English public opinion managed to be horrified by the brutality. The Irish, meanwhile, produced generations of republican songs, one sung by school children that includes the lyrics: “God’s curse on you, England, you cruel-hearted monster/Your deeds they would shame all of the devils in Hell./There are no flowers blooming but  the shamrock is growing/On the grave of James Connolly, the Irish rebel….”

Out the Easter Rising’s collapse came a century’s history that included a war of independence, a civil war, the British government’s division of Ireland backed by threats of full-scale military invasion, anti-Catholic pogroms in the Protestant north, and ultimately the murderous 30-year “Troubles” that brought fragile peace only in 1998 with the Good Friday Agreement.

Yet as Conway-Walsh points out, the ideals articulated more than a century ago in the Irish Republic 1916 Proclamation are now the bedrock of most Western nations, indeed of the functioning global order. In five short, sharp eloquent paragraphs, it encapsulates the deep pluralism that all free people treasure even if they observe it in the breach more often than in practice.

Conway-Walsh calls back those ideals not only out of mist-shrouded antiquarian abstraction, but in the spirit of specific, active recovery of effective governing principles.

Conway-Walsh calls back those ideals not only out of mist-shrouded antiquarian abstraction, but in the spirit of specific, active recovery of effective governing principles. She identifies them as essential to sound social architecture for Ireland, yes, but equally for everywhere the Irish diaspora exists which, as it happens, happens to be every populated corner of the globe. Critically, she locates them as inseparable from strong institutional foundations. In the Republic of Ireland’s case, that means the bicameral Parliament whose centenary is being celebrated this year. In Northern Ireland’s case, it means the devolved legislature at Stormont in Belfast that has been suspended since 2017 in a dispute over power sharing between nationalists and unionists. 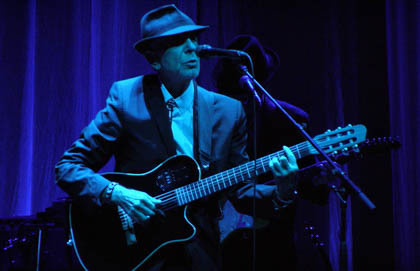 The Tower of Song
Vanity and V-8s
Sharing Memory Matters

“We in Sinn Féin want those (Northern Ireland) institutions back up and running,” she says. “We need the power sharing based on equality and parity of esteem. We need those institutions.”

Ironically, she says, it is the institutional challenges posed by what has become the bedlam of threatened British withdrawal from the European Union – Brexit, so-called – that has opened up a historic opportunity to instill the Proclamation’s ideals in Irish political and cultural life. The 27 EU member states have stood four-square in their refusal to let Brexit become the catalyst for re-imposition of the old “hard border” between North and South resulting from partition more than 95 years ago.

Such a divide sparked decades of conflict and caused tens of thousands of casualties on both sides until it was replaced by a freer flow of goods and people in the 1998 Good Friday Agreement. The risk of violence erupting anew should a hard border re-appear is so real, and so horrifying, that Conway-Walsh doesn’t even want to talk about it.

“We cannot talk about it because if we talk about it, it makes it real,” she says. “We just cannot go back to that. We can’t give some dissident organization, which doesn’t have support in the wider community, an excuse to seize the opportunity that would come from talking about a hard border. We have the framework now to resolve the situation in a peaceful way. We must make politics work.”

The framework for peace, and the opportunities for workable politics, have been given formidable boosts by the EU support for Ireland, both the Republic and in the North – where Brexit was strongly rejected by voters in the 2016 referendum. In an almost perfect reversal of the situation prevailing at Easter 1916, Ireland is now allied with a huge, powerful European trading block. By contrast, the U.K., its once world encompassing Empire long gone, is now in peril of being marginalized from its post-war economic allies.

“So, it brings the whole Irish question front and centre within the European project. It’s no longer just the south, or us as republicans, saying that our island cannot be divided. It’s the EU and a lot of international voices as well. When (U.S. House of Representatives Speaker) Nancy Pelosi was in our parliament, she said explicitly that anything done by the British to undermine the Good Friday Agreement would be firmly resisted to the point that the U.S. wouldn’t enter (new) trade agreements with Britain. We’re not on our own anymore,” the Sinn Féin Senator says.

There’s a whole history of irony in that last sentence since the party was given its name by founder Arthur Griffith in 1905 using the Gaelic words meaning “Ourselves” or, as later interpretations elaborated, “Ourselves Alone.” The Irish no longer being “ourselves alone” is a key, Conway-Walsh says, to overcoming the darkness of the past and making all Irish equally Irish.

“That goes back to having strong institutions up and running. But it also means a process of building up trust for a new and agreed (upon) Ireland.”

The words are a contemporary take on the 1916 Proclamation’s guarantee of “religious and civil liberty, equal rights and opportunities to all its citizens” and its promise to “cherish the children of the nation equally, oblivious of the differences carefully fostered by an alien government, which have divided a minority from the majority in the past….” For Conway-Walsh, those glowing statements must underlie the economic realities of Ireland by which the marginalized in both the Protestant or unionist and Catholic or nationalist working classes have been misled and left behind.

“That goes back to having strong institutions up and running. But it also means a process of building up trust for a new and agreed (upon) Ireland.”

It means dissipating the lingering fears in both communities that stretch back to failures in the aftermath of the civil war a century ago to forge reconciliation. It might also mean, she acknowledges, Ireland conducting its own version of the Truth and Reconciliation pioneered in Nelson Mandela’s South Africa and adapted here to in Canada to genuinely reset relations between Indigenous and later arrival Canadians. At a very basic, practical level, it means major infrastructure improvements in rural counties so that politically engaged citizens of Northern Ireland direct their energies to demanding adequate roads, proper health care, 21st century broadband. It means, above all, the political class listening rather than constantly proclaiming history’s quarrels.

“That’s why proper reconciliation is vital: so you don’t have people continuing to vote over the future decades on whether they’re Catholic, Protestant, unionists, republicans, whatever they might be. They’re voting for reasons that have nothing to do with sectarian reasons. That starts with a lot of listening rather than speaking. To hear people’s fears, to understand their thinking behind the issues, we need to meet people where they’re at. We need to listen.”

What’s true for Ireland is equally true for anyone, anywhere, who cares about renewing sound social architecture. Listening to a 103-year-old Proclamation of equality, pluralism, and freedom might just be a wonderful place to start.

The Tower of Song

But through the pleasure of his poetry Cohen could – and continues to be able to through technological posterity – move us to time and place where: Poetry does not lose its magical power… but merely transfers it from an action on nature to an action on the reader or hearer,” Frye says ...

In a wrecking yard south of Ottawa, Convivium publisher Peter Stockland finds cars that people might have cried in coming home from a funeral, giving him a key to one of the most perplexing books in the Hebrew Bible.