Sean Murphy has what he considers a clear way through the tangle between the House of Commons and Senate over Liberal government legislation to expand Medical Assistance in Dying (MAiD).

The former veteran Mountie and coroner says the bill’s status would be clarified if all Canadians understood that MAiD means homicide. A logical outcome he says, would be for Parliament to make it a Criminal Code offense to compel anyone to perform the act of homicide that is now masked by the euphemism of medical assistance in dying.

“From a traditional civil liberties perspective, as a matter of public policy, I think it’s madness to give the State the power to compel its citizens to be parties to killing other people,” Murphy says. “It is amazing to me that the national government of a country that claims to be a liberal democracy would say it is acceptable for the State to do that.”

Part of the problem, he adds, is that the debate around MAiD has been muddied by appeals for the protection of conscience rights for health care workers. Such protections would allow individuals to refuse to participate in administration of medical death on conscientious grounds. Murphy acknowledges his critique of the utility of conscience rights in the MAiD debate is paradoxical given that he’s the administrator of The Conscience Project, an organization formed in the 1990s to advance conscience rights.

“I think it’s madness to give the State the power to compel its citizens to be parties to killing other people.”

A conscience rights amendment to the Liberals' Bill C-7 failed in the Senate, but a cascade of other amendments were passed this week that made the legislation even less restrictive than the version adopted in the House of Commons. The Senate voted overwhelmingly on Wednesday to pass the amended Bill, sending it back to the House for approval and Royal Assent.

Justice Minister David Lametti has said he wants the expansion of MAiD to become law by February 26. But both the Conservatives and the New Democrats are reportedly unwilling to support the Senate amendments, setting up a potential standoff between the two chambers.

Murphy says he predicted the conscience gambit would fail in the Senate for the same reason Parliament has refused since the legalization of abortion in 1969 to protect conscience when health care is at stake. Health care is a provincial jurisdiction, meaning conscience rights involving health care are matters for the provinces. The federal government doesn’t have the constitutional authority to impose those rights, he argues.

But, he notes, it does have authority over the Criminal Code, which is where homicide in its culpable and non-culpable forms comes in. Most Canadians don’t distinguish between homicide and murder. The former, however, refers to any killing of another person. 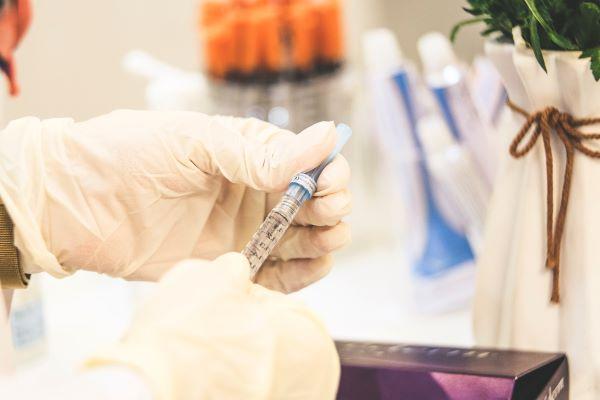 A bank robber who shoots someone to death during a holdup has committed a culpable homicide, and is liable to be charged with murder or manslaughter. A police officer who lawfully shoots the robber to prevent further killing has still committed a non-culpable homicide.

What the Supreme Court’s 2015 Carter decision did, Murphy says, was strike down sections of the Criminal Code that prohibited euthanasia and assisted suicide, transforming them from culpable to non-culpable homicide.

“Medical assistance in dying as practiced in Canada is almost exclusively euthanasia. There are very, very few cases of assisted suicide. So, what you’re talking about is homicide, non-culpable homicide. It’s not blameworthy. You can’t be charged if you follow the law,” Murphy says.

In fact, he adds, the very adoption of medical assistance in dying terminology makes conventional appeals regarding conscience moot because of Canada’s constitutional separation of powers over health care.

In practical terms, he says, such a law would make it illegal to use threats of complaints to governing medical bodies against doctors who refuse to administer MAiD. Nor could MAiD refusenik health care professionals be denied, say, specialty training or other career choices.

A clear inference from Murphy’s line of argument is that a) openly acknowledging MAiD as homicide and b) making it a Criminal Code offense to compel administration of MAiD would act as a double-whammy block on the expansion of MAiD. Why? Because health care professionals wouldn’t need to justify their conscientious refusal to participate. They could simply say, for any number of individual reasons: “No. I don’t want to be made to perform MAiD.”

Given that most people don’t go into health care to commit even non-culpable homicide against the vulnerable, the elderly, the disabled, or the mentally ill – as the Senate amendments would allow – a consequence could be far fewer hands willing to inject death into their fellow citizens’ veins.

Perhaps that’s why, as well, in five years of trying, Murphy has been unable to get a serious conversation started about his proposed Criminal Code amendment.

Such a law would make it illegal to use threats of complaints to governing medical bodies against doctors who refuse to administer MAiD. Nor could MAiD refusenik health care professionals be denied, say, specialty training or other career choices.

“It’s like the Victorians and sex: they know it’s there but don’t want to talk about. I haven’t had any response or resistance, not even from someone who would be on the other side. They know what homicide is, what suicide is. But they want to ignore it and pretend the issue doesn’t exist. They want to talk about something else.”