That’s not to say author Sean Speer’s detailed examination of Canadian working life is some alarmist tract meant to rattle Liberal government nerves. Not at all. On the contrary, it’s a measured, prudent, and highly accessible document it would serve all of us to spend an hour or so reading this Labour Day weekend. We are, after all, on the very edge of a federal election campaign. Speer’s Forgotten People and Forgotten Places: Canada’s Economic Performance in an Age of Populism raises pertinent questions that should be put to all candidates on the campaign trail.

Chief among is this very stark query that forms the dark lining in the silver cloud: What is to be done for the millions of undereducated Canadian men and women of working age who are falling further and further behind in terms of economic prospects? Immediately behind it is this concomitant question: How will anything done respect and conserve the very just and necessary gains that Canadian women have made in the workforce?
Speer does not serve up a handy-dandy list of ideologically palatable nostrums that the next Canadian government simply must follow if we’re to be saved from economic perdition. Instead, in the first of what promises to be a Macdonald-Laurier Institute research series over the coming months, he lays the groundwork for where we are and what we need to be paying attention to.

We are, he asserts from the start, in a relatively healthy place economically, including our rate of labour force participation. The situation for women with post-secondary education is actually particularly remarkable. But deliberate policy choices have placed in a precarious state those Canadians who do not have post-secondary education. There are a lot of them.

“We still have 6.7 million working-age Canadians – the equivalent of the combined populations of Manitoba, Saskatchewan and Alberta or more than the population of the Greater Toronto area – without post-secondary qualifications….Policy makers need to put this cohort closer to the centre of the policy-making process,” Speer writes.

The need isn’t driven by a desire to sit around the economic campfire singing happy-clappy versions of Kumbaya. My Cardus colleague Brian Dijkema, as director of our work and economics program, has hammered home the point that work isn’t just about earning money to buy material goods. It’s intrinsic to human dignity. In Cardus Christian language, human beings are created for the work of creation.

That’s why, Speer also cautions from a purely secular think tank perspective, it’s worrisome that an increasing portion of our robust economy and rising incomes are, in reality, driven by government transfers, not real work for earned wages.

“(W)hile the composition of one’s income does not matter for the purposes of consumption, it does matter for one’s productive role in the economy. Rising incomes are, of course good, but if they are being driven disproportionately by increasing government transfers, then the macro picture risks missing the financial and non-financial benefits of work and the value that individuals place on production,” he writes.

So how big is the disproportion between government redistribution and “market” – i.e., earned – incomes? “Median market incomes for men aged 25 to 54 grew, on average, by .2 per cent between 2000 and 2017. Median government transfers grew an average of 9.6 per cent over this period.” 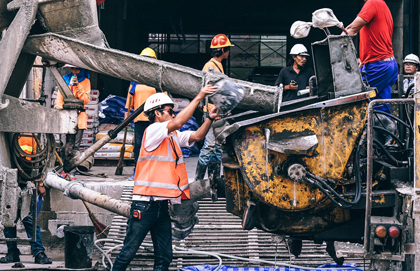 The NDP’s Anti-Labour Paradox
Progress Against MAiD
Intimations of Constitutional Crack Up?

What that means is that working Canadians, though unequally based on gender and education levels, relied heavily on government payouts to supplement an almost-flat level of earned incomes over 17 years. Libertarians might bristle from pure ideological opposition to big government. But Speer sees something much more ominous on the horizon.

While a high percentage of the professional commentariat runs around with its hair on fire bellering “bigots and hate-mongers” at Donald Trump supporters, the data show the drivers for the American president’s astounding 2016 success were generally much more pragmatic. They were a populist response to what has been called the revenge of the nobodies from nowhere: the forgotten population of non-post-secondary educated citizens largely living outside major population centres.

Such people can’t be simply dismissed as dumbos or crypto fascists. They’re under, or more likely unemployed, and furious with a system that traded away their established livelihoods to gamble on macro-economic theories. For those who doubt: “Nine of the 10 states with the lowest labour force participation rates voted for (Trump). Of the five crucial states that flipped to the Republican Party in 2016, three – Florida, Michigan, and Ohio experienced a drop in their (labour) participation rate relative to 2012, and the other two were essentially flat.”

Speer is candid that it’s easy to become “overwrought” by that single measure and disregard the myriad of other factors at play. But he is emphatic that “big picture” economic policy that focused on, for example, expanded trade with China without regard for the effect on North American jobs – and politics.

“There is now overwhelming evidence that import penetration from China has destroyed a large number of blue-collar jobs in Canada and the U.S. and contributed to the rise of political populism. This development was not inevitable. It was a policy choice.”

Similar “globalist” policy choices primed the populist penchant for Brexit in the U.K. and related reactions elsewhere in Europe, however imprudent or even dangerous such revenge-driven responses may be.

“It would be wrong to assume,” Speer warns that Canada is immune to the trends of economic dislocation and political disruption that we are observing elsewhere. Labour force participation for working-age (Canadian) males is basically flat. A wage disparity based on educational attainment (post-secondary attainment versus high school or less) is increasingly evident. Neglecting these big challenges will lead only to greater political agitation and growing distrust of market capitalism,” Speer writes.

A large part of the tragedy of such agitation and disruption would be the inevitable damaging effect it would have on Canadians already caught in a downward spiral of the under-educated chasing disappearing work in an economy where an undergraduate degree has become the basic requirement for obtaining meaningful, productive employment. But there would be something equally sad which should, in fact, be celebrated as a rare authentic marker of human progress: women with post-secondary education have truly achieved equality of access to the workplace with men.

Indeed, Speer notes, “a major source” of Canada’s increasing employment growth for 30 years has been the capacity of educated women to find employment on a par with educated men, and significantly ahead of non-educated men. And it’s not just getting in the door. It’s coming out again with fatter, more just paycheques.

“Average growth of median income for women exceeded the rate for men in every region of the country from 1990 to 2017. It was most marked in Ontario, where median income for men actually fell year-over-year, on average, and women saw their median income increase by an average 0.7 per cent per year.”

He takes pains to underscore that development as a good news story, and rejects the positioning of it as some kind of zero sum binary in which women “took away” the good jobs that would have otherwise gone to men. At the same time, he is blunt that policy development must change focus whoever takes power in Ottawa in October. It must begin to treat with requisite seriousness the genuine difficulties facing 6.7 million working age Canadians.

What better time to drive that point home than during a federal election that will begin right after Labour Day? And given that labour is, after all, one of the most critical elements of human dignity, what better thing to remember than to ask campaigning politicians what they’re going to do for all the forgotten people in all the forgotten places who need the education and skills essential for living as proud, productive Canadian workers.

Cardus’ director of Work and Economics made waves on Canada’s West Coast this month with a report critiquing the B.C. government’s move to let only unionized construction companies bid for major infrastructure projects. But, Brian Dijkema tells Convivum, the policy will cost taxpayers billions, punish workers, and risk damage to democracy itself.