Catholic Christian Outreach anticipates up to 75,000 Canadians will be on hand in the dead of winter to venerate the baptismal arm of St. Francis Xavier starting next week in Quebec City.

For Angèle Regnier, co-founder of the national campus evangelical group, the launch of the “relic pilgrimage” will be a sweet-relief end to a year of planning. It will also be the start of nail-biting concern for the safe transit of the 465-year-old forearm and hand bones to 14 cities across Canada during January.

“I went through a real crisis about it. I felt sure it was going to break. My spiritual director finally told me, ‘Look, if Francis isn’t scared, let him go on missions,’” Regnier says.

Fearlessness was a key quality that led to the 16th century co-founder of the Jesuits becoming one of history’s greatest Christian missionaries after Saint Paul. The Spanish-born evangelizer is known as the “Apostle of the Indies” and the “Apostle of Japan” for his spreading of the Gospel throughout Asia. He is believed to have baptized up to 100,000 people during the course of his missionary life.

Being courageous doesn’t mean being reckless, of course. Regnier says the saint’s relic will have its own “arm guard” as it travels from St. John’s Newfoundland to Victoria B.C. A CCO student is taking a semester off school specifically to accompany the package of bones, which will be strapped into its own seat on flights between cities.

“It’s in a kind of duffel bag that’s all foam inside, and the arm itself is in Plexiglas, and that Plexiglas is in another Plexiglas case, and that case is in the padded foam zip up thing. So, the reliquary is packed really well and ready for travel. It doesn’t travel much. I think the last time was to Australia in 2012.” 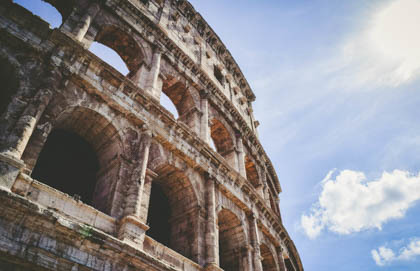 Normally, the relic is housed in a side altar of the main Jesuit Church in Rome, Il Gesù, where it has been kept after being detached from the body in 1614. St. Francis’ is buried in Goa, India.

Those interested need to leave behind any thought that the relic is there to be worshipped.

It was during a trip to Rome and the Gesù several years ago with Ottawa Archbishop Terence Prendergast that Regnier first raised the idea of bringing the saint’s arm and hand to Canada to help CCO with its evangelizing work. In January of last year, they began working seriously on the project as a way to mark both the end of Canada’s 150th birthday celebrations and CCO’s 30th anniversary.

Regnier is emphatic that without the help of Prendergast and his fellow Jesuits in Canada, the relic pilgrimage would never have happened. Ottawa’s archbishop did the “heavy lifting” with both the Jesuit and Vatican bureaucracies, she says.

“I feel like it would have been a pretty hopeless request without Archbishop Terry and the help he and the Jesuits gave us. They have been great partners.”

Regnier acknowledges the very idea of transporting antique bones to churches across the country might seem strange, even macabre, to many secular Canadians – even to non-Catholic Christians. But she sees in that very curiosity an opportunity to spread the Gospel. And she stresses being curious isn’t a marker of a lack of seriousness.

“It’s going to seem a little bit weird to some, but that’s why we want them to come. It’s a sign of desiring spirituality in a secular world. We’re investing a lot of time, energy and money in having materials geared not just for a freak show but for an encounter with God.”

Regnier says those interested need to leave behind any thought that the relic is there to be worshipped. It is, rather, an opportunity for tangible experience of God’s grace, an expression of the reality that His son came to us incarnate as human being.

“The message we’re sending is for people to come and to pray for a deeper conversion of the heart, deeper abandonment to God’s will, and for healing. Francis’ charism was to convert people’s hearts, and to heal and raise people. His relic is not about exalting him. It’s about exalting Christ.”

“We have great expectations of what the Lord is going to do.”