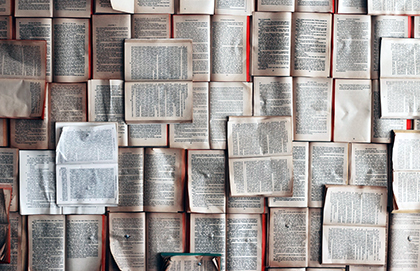 Writing Faith Into The Public Square October 23, 2019  |  By Karen Stiller

This article is the third part of an ongoing series on faith leaders who have demonstrated courage living faith in the public square. In partnership with the Cardus Religious Freedom Institute, Convivium magazine will regularly publish these profiles from contributors across Canada. To submit a story to the series, email Aaron Neil at aneil@cardus.ca and Rebecca Darwent at rdarwent@cardus.ca.

When I returned to school recently, in my middle years, I worried what it would be like to work on a spiritual writing project in a secular setting. I wanted to do a Master of Fine Arts in Creative NonFiction in a Christian school I had dreamed about for years, but it was in Seattle and too expensive. I fretted on the phone with the director of the program where I eventually enrolled, worrying that a “religious writer” might not fit. He assured me they’d love to have me. And I believe they did. It really did work out.

I wrote a distinctively religious book in a setting that was dramatically not. It took some courage for me to go and write boldly and baldly about faith in a very secular setting – but not nearly as much as I thought it would. But one moment does stand out.

At the beginning of each year at this college – which has Anglican roots – new students don gowns, chant an oath in very poor and self-aware Latin, and sign an ancient book in a matriculation ceremony that is weird, but wonderful. All this unfolds in the presence of an Anglican chaplain in the quiet of the beautiful library. The priest wears his collar, of course.

Later, the program director referenced “the guy with the collar,” and inquired if everyone in the class was okay. How I wish I could have shouted out one of the clever retorts I thought of just moments later. But I was speechless that religion had become so marginalized that the presence of a man in a collar merited a debrief, however brief, back in the classroom.

But I went about my work, writing out loud about faith and matters of the soul and religion. People responded well to my peculiar stories from my peculiar life, and they were surprisingly interested in what things can be like in a clergy home (messy, just like everyone else’s). I saw that we were a kind of mystery to them. I was a rare bird in a strange sky. We made friends.

The faith leaders who have shown courage living faith in the public square for me, are faith writers who have shown courage writing faith into the public square. And that brings me straight to contemporary American essayist, novelist and nonfiction writer Anne Lamott. She is not every orthodox Christian’s cup of tea, to be clear, but to many of us she is exactly like sparkling, refreshing water. And that is because she is so honest, and so highly skilled at her craft. I first discovered Lamott through Travelling Mercies: Some Thoughts on Faith, her spiritual memoir that details her coming to Christ, who pursued her relentlessly and gently at the same time, as he’s been known to do.

“My coming to faith did not start with a leap but rather a series of staggers from what seemed like one safe place to another,” writes Lamott. “Like lily pads, round and green, these places summoned me and held me up while I grew. Each prepared me for the next leaf on which I would land, and in this way I moved across the swamp of doubt and fear.”

Not one word extra. Not a note wrong. And so honest. It’s what Lamott does so well and, I think, courageously.

You may not know this, but not everyone likes Christians. For someone as cool and dreadlocked as Lamott, there must be a reputational price to pay by being aligned with the Church. But she writes on. In Hallelujah Anyway: Rediscovering Mercy Lamott says: “In the Christian tradition we say that Christ continues to be crucified, in tsunamis, sick children, political prisoners, and that we must respond. This is what I believe, so I show up and get water for people, real people, which is to say, annoying people. Mother Teresa cradling strangers at dawn is very romantic, but in life, there’s also your thirsty, bigoted father, your lying sister, the whole human race, living and dying and rising with Christ."

What might be tempting to keep private, Lamott makes public, and does that work so beautifully.

She is in good company. Spiritual writing, especially memoir, is ancient and important. We discover ourselves in the writing of others, and that’s what makes it work so well. Their stories fit us almost perfectly, like pretty dresses we never thought would look so good. We see in the work of others that we are not alone, or crazy. Other people doubt, fight, flounder.

We are not the only fickle, inconsistent, clumsy followers of Christ. Just look at Augustine, and all that confessing. We do belong, after all. We can see it and feel it. And we can say it out loud, after all, and in public. Faith is brought out of the closet and dusted off and we are all going to be okay. The public writing of faith also gives us an opportunity – if we take it – to share what the Bible says about important topics that influence our lives, our communities and the vulnerable people we encounter. We have a right to write and speak about these things and that’s good to remember.

Four times now, circling the block with my dog, I have listened to a podcast of Frederick Buechner (important note and mystery solved: it’s pronounced Beekner, according to his very own website) speaking at the Festival of Faith and Writing at Calvin College (there is a bi-annual festival for all of us who love to read and sometimes write!).

“Words,” Buechner says. “There is so much they can do.”

One of the things words do, he goes on to say, is simply be beautiful. Then he recites Gerard Manley Hopkins, just for fun. Poetry is certainly public. And lovely. It points upward off the page, to God. In his lecture, Buechner reminds writers and readers what amazing grace and power they have with words. I have only read Buechner’s more personal, narrative work, like The Longing For Home, Now and Then, and Telling Secrets. They have shaped me as a person, and I can only dream, as a writer, because we encounter, again, fierce honesty about love and doubt and faith and hopelessness and then hope born teeny tiny once again.

Buechner is a theologian, an ordained minister and the writer of 39 books – and he’s not half bad on Twitter. Annie Dillard, a force of spiritual writing herself, called him “one of our finest writers.” In Telling Secrets Buechner writes, “It is important to tell our secrets too because it makes it easier that way to see where we have been in our lives and where we are going. It also makes it easier for other people to tell us a secret or two of their own and exchanges like that have a lot to do with what being a family is all about and what being a human is all about. Finally, I suspect that it is by entering that deep place inside us where our secrets are kept that we come perhaps closer than we do anywhere else to the One who, whether we realize it or not, is of all our secrets the most telling and the most precious we have to tell.”

What company we keep with our writers and our books. What comfort they bring, and what courage they show. They do an important and brave public work, and as a nice consequence, they make room in the chilly public square for the man or woman in the collar who really seems to freak some people out these days. I am grateful.

So, if you’re feeling meek and cowed, or tired and afraid, and just so intensely private about your faith because of course that is always more comfortable, you can read your way out of that tiny corner. You’re not alone in this after all.