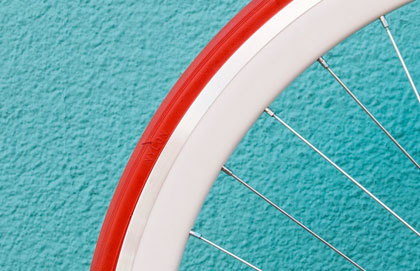 Robert Hardwick, the Anglican Bishop of Qu’Appelle, often rides his bicycle to his office in Regina, which in itself is not all that unusual. What is unusual is that Hardwick has not only pedaled to every church in his sprawling southern Saskatchewan diocese in 2016 and 2017 but this year spent four months on his specialised AWOL (Adventure WithOut Limits bicycle) riding 7200 km across Canada on a pilgrimage for church unity, reconciliation and healing.

Even more remarkable is that he did it after recovering from six bypass operations in 2009.

Hardwick sees cycling as a metaphor for church unity.

"If the spokes on a bicycle's wheel aren't even and in correct tension, the wheel begins to wobble. If we are to be a wholesome church, we have to repair the worst part of the wheel and start from there," he says.

"We have a church with a wobbly wheel in terms of our relationship with different groups, a very wobbly wheel indeed. Things in the church have not been wholesome. We have not allowed everyone to share equally, from evangelical to liberal, through our relationship with First Nations, the African-Canadians who suffered from segregation in Halifax, through to the Japanese and German Canadians who were incarcerated. There is so much in our history as a nation where we haven't been as wholesome as we should have been. The spokes on either side, the opposites, need to be equally tensioned, need to pull their weight, in order for the wheel to be true, and allow us to continue our journey."

Before Hardwick was ordained he was a police officer in Nottingham, England. He came to the faith when he was assigned to security detail during Pope John Paul II's 1982 visit to Coventry Cathedral. He had been baptised, but never practiced any religion because his dad was against it.

"I didn't go with a wholesome attitude," he recalls. "It wasn't a healthy time in my life. My marriage was breaking up. I didn't have good things to say about many things. The whole day guarding the Pope was an experience I had never encountered before, When I arrived at 4 a.m., thousands of people were already there. Folks kept gathering. I thought they had something I didn't. Then a nun came up to me and thanked me and said she would pray for me. I wondered ‘why would you pray for me? I haven't done anything wrong.'"

Shortly afterward, he received a random letter in the mail inviting him to join the local church.

"My wife, Lorraine, had been brought up Roman Catholic. We took it as a sign. She said if God can't help us, no one can."

Hardwick was ordained a deacon in 1993 and arrived in Canada to take up a position as the parish priest at St. Stephen the Martyr in Swift Current. He was consecrated Bishop of Qu'Appelle in 2013. He has been instrumental in a new action plan for the diocese and his ride turned into a fundraiser for evangelism and mission work which has realized about $200,000 The effort was ignored by the mainstream media, although a number of community newspapers and local television stations covered it.

"For most people, a ride across Canada has been done before, so perhaps it wasn't all that newsworthy," he says. "I didn't want to lose the primary purpose of the ride, which was to lay a foundation of prayer across Canada, to have conversations about unity."

Hardwick left Victoria on May 19. His first stop was at Songhees First Nation, which had the highest number of residential school students in Canada.

"The pain of their history is with us. The pain of so many who have lost their culture and have been abused in various ways has to be addressed. This ride, in a way was a form of penance."

Hardwick averaged 117 kilometres a day. The scariest ride, he says was down the Coquihalla Highway in British Columbia, which has a 130 kilometre an hour speed limit. The most difficult was near Brandon when he rode into 70 kilometre an hour headwinds. The most disheartening was near Wawa, Ontario where his wife, who was following him, totaled their trailer and a spare bike.

"The accident made us more determined to continue," Hardwick said.

The most beautiful and peaceful was the Chemin du Roi in Quebec along the north shore of the St. Lawrence River. Hardwick ended his journey in St. John's Newfoundland on Aug. 1.

"I didn't see Newfoundland for four days because of all of the fog."