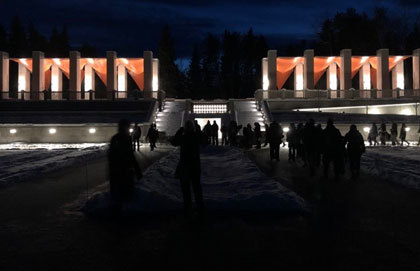 “Don’t think the garden loses its ecstasy in the winter. It’s quiet, but the roots are down there, riotous.”

I am an Alberta girl through and through. Born and raised on the Prairies, nothing fills my heart more than a snowy winter night. I love how the cool, crisp air fills my lungs, and how the sky turns the palest shade of blush pink as the snow falls. It’s like time stands still and there is nothing between me and the endless horizon.

That sense of timelessness, of rootedness in space and place while still being so essentially free, is exactly how I feel every time I visit the Aga Khan Garden Alberta (AKGA). It’s absolutely stunning in the summer, with flowers and bushes in full bloom, the water flowing over the lights of the chinikhana and onto the chadar, cool mist rising from the ice bagh, the wild rose fountain gurgling in the rose bagh. It’s a picture of beauty, somehow both impressive and graceful at once. I’ve had the great joy of watching the garden’s progress from the first stakes put in the plot, through the build, to the opening, and even I wasn’t prepared for how much it would take my breath away when it was finally completed. It’s stunning, a true gem for this this place I call home, and it fills me with so much pride I feel as though I will burst. 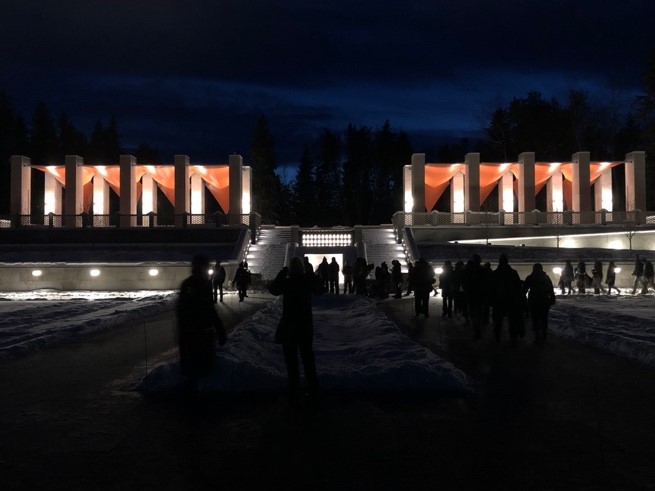 And yet, beautiful as it is in the summer, as a Prairie girl with a deep love for all things winter, I think the garden truly finds its Albertan identity in the winter. The starkness of the Talar columns and the symmetry of the chahar bagh seem all the more clear in the snow. Lit up as it was for the Luminaria festival in early December, it had a sort of ethereal beauty that made it feel otherworldly, a quiet kind of ecstasy that made me feel like I had momentarily been transported to a space between here and eternity.

And that, I suppose, was precisely the point. When His Highness the Aga Khan made a gift of this beautiful place to the University of Alberta and the people of this province, he was clear that it should be not just functional but beautiful in every season, including our very long winters. In the true tradition of Islamic gardens, the AKGA makes the most of its environment, using local materials and innovative techniques to make sure it can stand up to even the harshest winters with elegance and majesty. 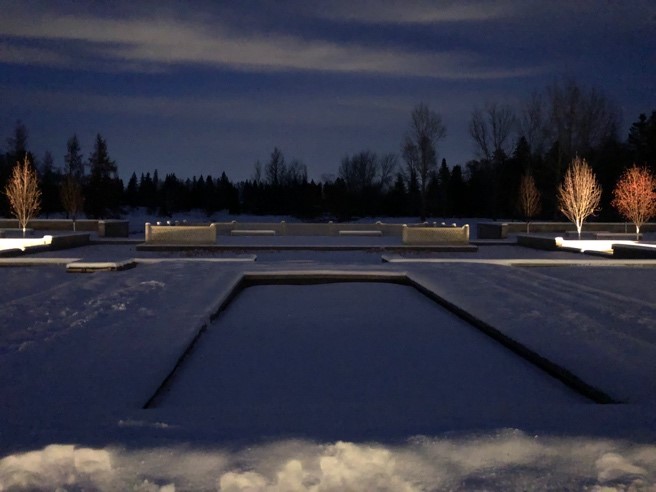 That kind of effortless charm in the face of diverse and difficult conditions is, for me, a representation and a reminder of what my faith says about life as a whole. In the Qur’an, Muslims are told that we are khalifa, vice-regents, caretakers, of this world. It is our job to leave it better than we found it and create a lasting legacy for those who come after us. It applies to environmental stewardship, through the creations of parks and gardens that are both beautiful and productive, but also to how we engage with people and the world around us.

Our world seems to be filling with more negative messages and an impending sense of doom. More and more, Muslims face adversity and real danger, even in places we thought were safe, like here in my own city, where recently there was racist graffiti scrawled onto the side of a Muslim-owned business. There has been a palpable shift in the past few years, and I have felt it with a growing sense of unease, a feeling that maybe I don’t belong in this place I call home, despite being born and raised on this land.

The garden is my reminder that my roots are here, riotous under the cold that has settled. It is my reminder that this place I love is still mine and that I do belong, no matter what anyone else may say. And it’s a reminder that, as Rumi says, “In winter, the bare boughs that seem to sleep work covertly, preparing for their spring”

As the garden prepares itself for the spring, I too, continue to work, covertly and overtly, to ensure that this chill that has settled on the people and places I love is temporary. And the garden helps me to remember that as I do that work, I can still show people that my faith is beautiful, and graceful, and strong, filled with a quiet ecstasy that runs through me as it does through the garden, perhaps all the more so for the snow that falls. 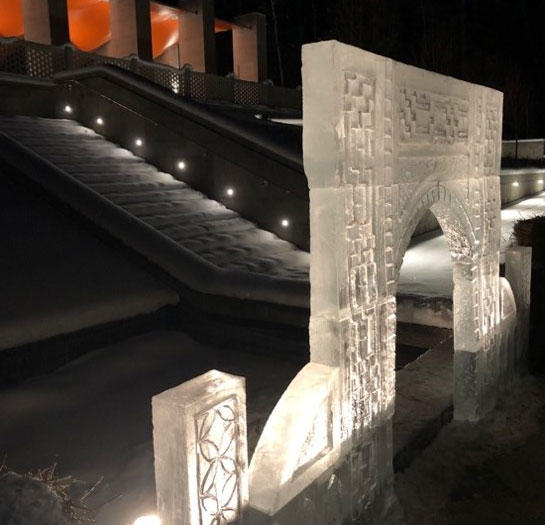