In his seventh regular dispatch from from Montreal’s faith-rich Outremont district, Gideon Strauss meets with Emile Kutlu, the president of the Laurier West Merchant Association, responsible for the commercial interests along this street that runs along the southern end of the borough of Outremont to Mile End.

“… for the passionate spectator, it is an immense joy to set up house in the heart of the multitude, amid the ebb and flow of movement …”

When Emile Kutlu imagines the future of Outremont and Mile End, it sounds a little like the Marais in Paris, including a mix of high fashion, leisurely people-watching, and world-class food on Laurier Avenue, perhaps similar to the Rue de Rosiers. It includes lively expressions of Jewish life and culture nearby such as the existing synagogues and the famous Fairmount Bagel, St-Viateur Bagel, and Cheskie bakeries. Young and old, English and French, locals and visitors, all intermingle in comfortable ease.

Kutlu is the president of the Laurier West Merchant Association, representing commercial interests along this street that runs along the southern end of the borough of Outremont and on into Montreal’s Mile End neighbourhood. He is an owner of buildings and businesses along it including the stationer Boutique 1000 Feuilles and the children’s shoe store Chaussures Pietine. He finds delightful the significant sidewalk widening construction we both had to negotiate along parts of Laurier West as we walked towards Toi, Moi & Café to talk over coffee. The widening will help with the Merchant Association’s goal of turning Laurier West into even more of a promenade, a destination.

“This is a place people will go, will take a coffee, will take lunch, and at the same time, will go shopping,” he says. “But it’s an open street, not a mall. People will sit and talk with a coffee for half an hour, just talking, passing time, seeing people passing by. This is the Latin character. People living like you’ll see it in Europe, in South America. … People – good or bad, however you want to take it – want to show their cars, want to show themselves. And they want to spend at the same time.” 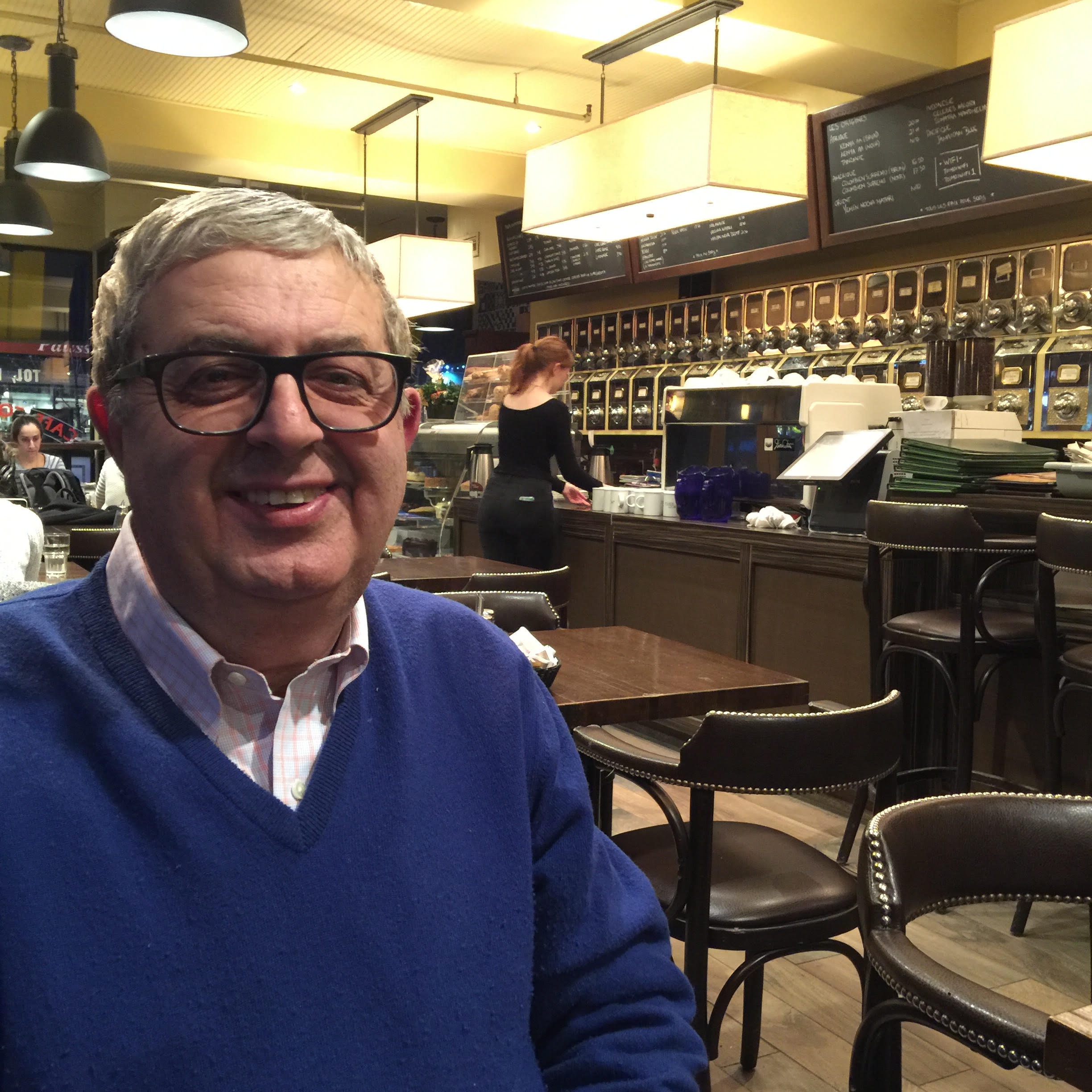 Even the Saint-Viateur Catholic church near the west end of Laurier Avenue contributes to this ambience, in Kutlu’s view. Celebrities and political people like holding their weddings and funerals at the church because of how beautiful it is, especially the stained glass windows. People eating and drinking on the nearby sidewalks of Laurier Avenue enjoy seeing these.

“When there is a wedding or a funeral, there is always gossip going on.”

In a sense, the Saint-Viateur church plays the part of a monument, a part of the spectacle of Laurier Avenue. While he is not very religious himself, and does not frequently attend services, Kutlu and his family have used the church for baptisms and for funerals. But the merchants’ association would not like to see new places of worship on the street, and have communicated support for a ban on such places to the Outremont borough council.

“Officially the association wrote a letter supporting this ban [at the time of the November 2016 borough referendum]. For us, the reason is from a commercial point of view,” he says.

The association is not against architecturally attractive places of worship. It is against storefront places of worship intermingled with places of business, because its members believe it hurts the commercial character of the street, especially if the hope is that the street will become a destination.

The ban on new places of worship applies to all faith traditions, but is widely perceived as being aimed at the growing Hassidic Jewish population of Outremont.

“I had not realized that there was such deep, such profound … I won’t say hatred … but opposition to the Jewish people. I saw some people who said, no, we don’t want them here,” Kutlu says. “But our purpose [in supporting the ban] is mainly commercial. It is not a question of  Jewish people. If it were Amish, we would do the same thing. Even if it were a garage we would oppose it. What we want is a nice commercial street without any interruption, stores that complement each other.”

Kutlu points to a school across the street to make his point. 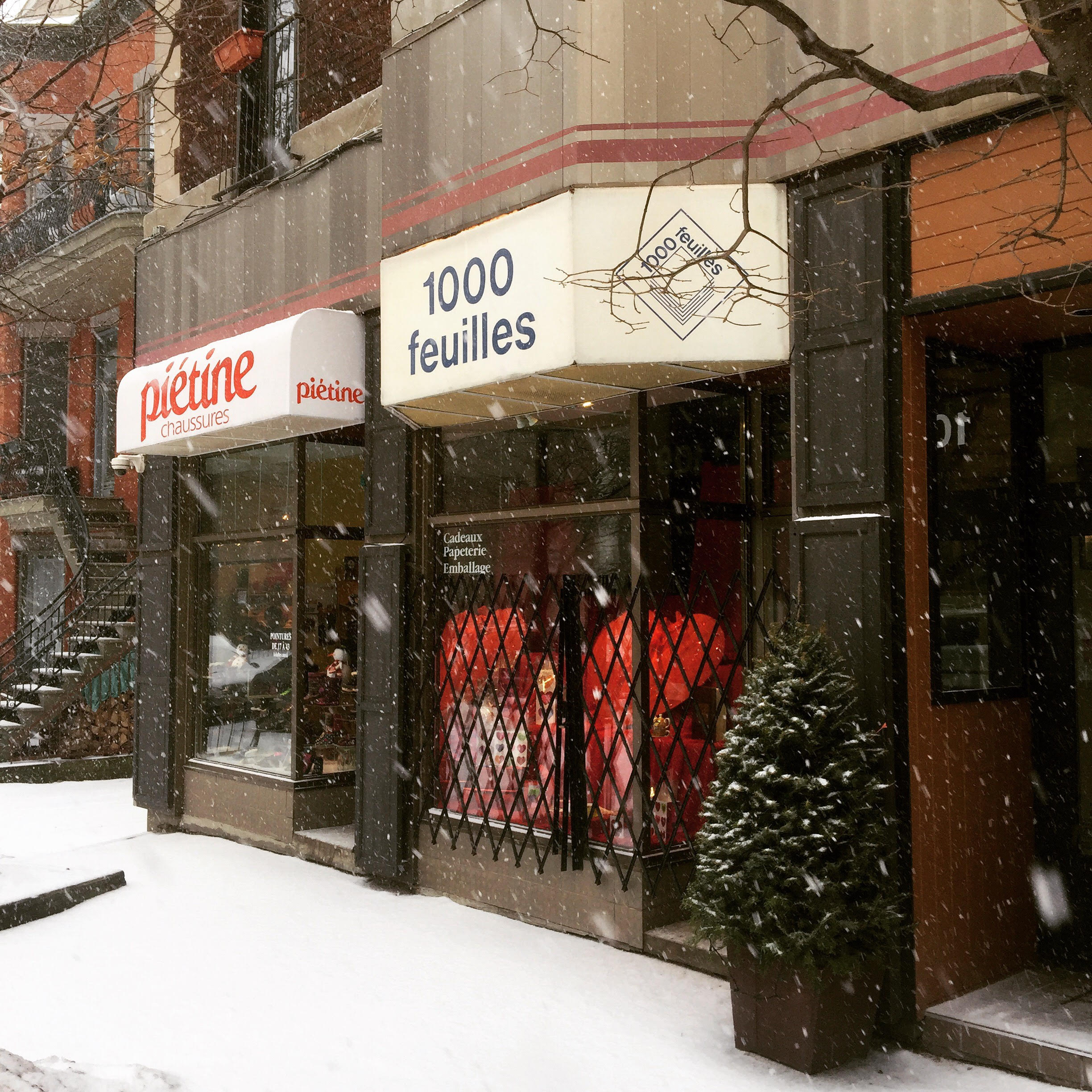 “This school is the worst thing for this street. The façade is only a block of bricks. People, when they see it from Parc Avenue, like to go instead on the other side. It is not helping. So it’s not even about the worship places as such.”

In addition to broad sidewalks and an uninterrupted commercial character, Emile Kutlu’s favourite thing about Laurier Avenue is its easy flow of foot traffic and vehicle transportation, including Bus 51. When he arrived in Montreal in 1968 from Istanbul, where he was born and attended a French-language lycée operated by the Lasallian Brothers, bus route 51 took him through Outremont to the University of Montreal for his studies in electrical engineering. For him, the 51 both establishes and symbolizes openness to the rest of the city on the part of Laurier Avenue. There are no hard boundaries between Outremont and the rest of Montreal.

Despite the ban on building new houses of worship, he insists, “It is an open borough.”

As we begin World Interfaith Harmony Week 2017, Jennifer Neutel shares how Halifax has become a model of religious diversity and openness.

A Vocation of Peace

After a long career in labour law, Rabbi Shalom Schachter got his rabbinical ordination 11 years ago. In both careers, his vocation has always been that of a peacemaker. Read his story here.

Writing Faith Into The Public Square

Convivium contributor Karen Stiller finds inspiration in writers who have shown courage writing their faith into the public square, providing opportunities for writing about what is important to the faithful.