"It has always seemed to me that what I write about is humanity in extremis, pushed to the unendurable, and that it is important to tell people what really happens in wars ...”

- Marie Colvin, correspondent for the British newspaper The Sunday Times, who died in 2012 while covering the siege of Homs in Syria.

This is a story about a segment of humanity in extremis—people caught either in a war against religious freedom, in the crossfires of actual military combat, or both—and in the grip of the deadly coronavirus pandemic that is sweeping the world like a raging forest fire.

Pushed to the limits of their endurance due to brutal religious persecution in their home country of Pakistan, Mariam and her husband, Munir (not their real names), fled to Bangkok, Thailand. Their visitors’ visa, which allowed them to stay for three months, expired and forcing the couple underground.

“Thailand is not a signatory to the Geneva Convention on Refugees,” said Peter Bhatti in an interview. Bhatti is the chairman of International Christian Voice, a Toronto-based NGO that advocates for the human rights of Pakistan’s beleaguered faith minorities.

“This means refugees have no rights there, no access to education or healthcare, and no right to work and make a living. Most continue to live there as illegal aliens because religious extremism in Pakistan is escalating day by day.”

Bhatti—brother of Pakistan’s Shahbaz Bhatti who was gunned down in cold blood nine years ago for defending the rights of Christians and other minorities in that country—explains the tragic end to Mariam’s story: Caught by Thailand’s immigration police and locked up in the notorious Immigration Detention Centre, Mariam died of complications in childbirth after being denied the medical care she desperately needed.

That was in relatively better times, before the COVID-19 outbreak hit Thailand.

Currently, the southeast Asian country is battling the disease with a total of 827 cases reported today by the World Health Organization.

Bhatti said there is no way to keep track of the number of refugees who live “underground,” in Bangkok, a city of over eight million—in the shadowy world of the demi monde as illegal aliens, when their visitors’ visas have expired. Constantly on the run to avoid being caught by the immigration police and sent to the Immigration Detention Centre, their lives are a cruel nightmare at the best of times.

“My big concern is that with coronavirus spreading so rapidly, it would be deadly for people in these (detention) centres,” said Bhatti.

He described what he saw on his last visit to Thailand in 2019:

“There were 300 people crammed into one centre—more than three times its capacity – with one washroom for 150 people.” 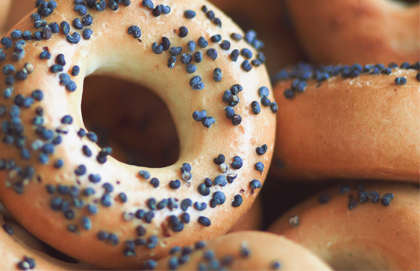 A Future of 10,000 Villages
Getting Relations Right
Drawing the Stranger Near

“They are fed a diet of only rice and cucumber water. Skin diseases, breathing problems, asthma, anxiety and depression were rampant. Today, if coronavirus infects people in these centres, the consequences would be devastating, with no medical treatment available at all.”

Totally dependent on humanitarian aid organizations such as International Christian Voice, these refugees are in an even more critical condition because staff like Bhatti, hampered by the new travel restrictions, cannot travel to Thailand and offer hands-on relief.

“We depend on about eight local volunteers,” Bhatti said. “They are Pakistani Christians who have managed to get permanent visas, and are not undocumented residents. We are a small NGO and try to raise funds from time to time. For example, at a recent (March 6) event in Toronto held in honour of Shahbaz Bhatti.  But our funds are limited. We try to provide food and medical assistance as best as we can.”

The Sweden-based NGO, A Demand for Action (ADFA), is heroically continuing its refugee-assisting operations in the face of massive financial and logistical challenges. The small organization works with minority populations fleeing war and faith-based persecution from Syria and other Middle Eastern countries.

“It’s so sad,” said Nuri Kino, founder and coordinator of ADFA, in an email to Convivium.

“These people, these children have fled massacres and a genocide; they have been living in appalling conditions. Many have weak immune systems, and now this coronavirus has exploded.” He is referring to families who now live in the outskirts of Beirut, Lebanon, where ADFA volunteers are currently distributing care packages that include soap and other materials to ensure personal hygiene.

Unable to travel from Sweden to do hands-on work himself, he must now coordinate relief efforts from his home base. Another challenge for ADFA is the unexpected hit to its finances.

A scheduled fundraising event, which had aimed to raise enough money to buy food and supplies for 800 families during Easter week, had to be cancelled, and other sources of income have dried up as well.

“Many small businesses that used to support our charity operations are struggling themselves to even be able to pay their rents. We are trying to find new donors,” said Kino.

Currently 15 ADFA volunteers are working on the ground, two of them Lebanese, and others who themselves fled violence in Iraq and Syria. Kino said that although they protect themselves by wearing gloves and masks, and by frequent handwashing, they are not without the risk of contracting COVID-19.

“Thinking about them—volunteers and refugees—keeps me awake at night,” he added.

Other refugee-helping organizations are responding in different ways.

The Norwegian Refugee Council, another humanitarian organization that helps refugees in 30 countries, is stepping up its efforts including a hygiene and information campaign in Afghanistan and Iran.

“As world leaders brace for the worst within their borders, they must not abandon those living outside them. We must turbocharge our humanity and stand in international solidarity with refugees and displaced people during this time of widespread uncertainty,” wrote Secretary General Jan Egeland, in a press release.

Brave words, but the worst nightmare of these organizations and their protégés is the dilemma that world leaders themselves are now facing.

Even countries like Canada, which can afford billions of dollars in financial relief for its own citizens during the crisis, will be hard-pressed to help refugees outside its own borders—if the virus continues to take its deadly toll for a prolonged period.

The only way we can stand in solidarity with international refugees, as Egeland exhorted the world to do, is for each of us to become profoundly aware of our common humanity, and to live in accordance with the new rules that health experts have advised us to follow.

“Any man's death diminishes me, because I am involved in mankind; and therefore, never send to know for whom the bell tolls; it tolls for thee.”

Convivium contributor Brittany Beacham treats readers to the welcoming aroma of Mennonite deep fried raisin donuts as she explores the annual MCC Sale in Abbotsford B.C. The Anabaptist heartland is changing radically, she writes, but the hospitable heart will always bridge yesterday and tomorrow.

Formed in the fall of 2015, the Right Relations Circle developed out of an energy in Calgary's Hillhurst United Church congregation for reconciliation and gathering. Spirituality, learning, awareness and co-participation are among the group’s tenets.

Drawing the Stranger Near