Our political discourse is a demoralizing spectacle. In most public forums, and particularly in the House of Commons, we generally listen to what can’t (in any serious sense) be called ‘debate.’ Most of it is mere partisan verbiage.

Character assault is the staple of our political diet. Barely relevant pre-written talking points respond to sincere questions. A contempt for those with different viewpoints is a near constant, as is the spectator’s feeling that some of those in the ‘debate’ have a contempt for Truth itself. Nietzschean ‘ubermensch’ personalities, grander than Truth, not to be defied by reality or swayed from their views by facts, can be found across the political spectrum.

I propose that there are three evident necessary conditions for productive (truth-seeking) debate: (1) trust in reason, (2) trust that language is a plausible (if often imperfect) vehicle for truth, (3) trust that our opponents, by nature of their humanity, are capable of sympathy and reason.

I expect that there will be little dissent to the first condition. Debate, if it is anything at all, is reason in action (though ‘ethos’ and ‘pathos’ play their role alongside ‘logos’). The second condition for debate, a trust in language, is also plain.

Debate consists of language. If language is not a plausible vehicle for truth, not a medium through which to touch reality outside of ourselves, then debate is mere manipulation, sophistry, and power-grab and all our pretensions to care for ‘facts’ or to ‘get to the truth’ are meaningless. The third condition for debate, a trust in the capacity of our opponents to reason and sympathize, is likewise undeniable. To start with the presupposition that your opponent can not understand you is to argue past someone not with them, to attempt to enforce mere compliance and not hope for actual assent.

If language is not a plausible vehicle for truth, not a medium through which to touch reality outside of ourselves, then debate is mere manipulation, sophistry, and power-grab.

Ours is a deeply skeptical and anti-humanistic age; the cause of our denigrated political discourse is the dismissal of those presuppositions which are the necessary conditions for debate. An age which has discarded reason, ceased to trust language, and denied a common humanity cannot expect to host debate.

Our age has regressed to the un-philosophical belief that ‘justice is merely the interest of the stronger.’ Having discarded the possibility of Truth, we have ceased to attempt to persuade the individual. We have become content to manipulate the masses.

I would argue that the history of secular modern thought can be summarized in two broad stages. First, Enlightenment thinkers attempted to discard faith and ground their knowledge on reason alone. Second, many modern and post-modern thinkers are surprised to find that reason devoid of faith is incapable of grounding knowledge, is incapable of reaching truth. For philosophers like Nietzsche, ‘truths’ become illusory if not actual illusions. In On Truth and Lying in an Extra-Moral Sense, Nietzsche wrote, “truths are illusions of which one has forgotten that they are illusions.”

Moreover, it was through a radical questioning of the efficacy of language to articulate ideas that Nietzsche put forward this scepticism: 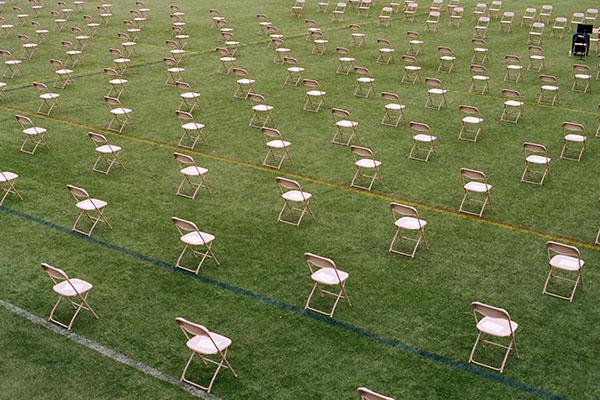 “What after all are those conventions of language? Are they possibly products of knowledge, of the love of truth; do the designations and the things coincide? Is language the adequate expression of all realities? Only by means of forgetfulness can man ever arrive at imagining that he possesses ‘truth’ in that degree just indicated.”

Is it any wonder that while ideas predicated on a dismissal of the efficacy of reason and on the capacity of language to articulate truth are enjoying a cultural hegemony, our capacity to debate is declining? If Nietzsche and his culturally ascendent heirs are right, then a ‘Parliament’ as a place of truth-seeking debate is plainly a sham.

The fact that we now have a multiplicity of literary theories all claiming to represent the interpretive strategy of a group of people is indicative of the quick decline from Nietzsche’s perspectivism to broadly anti-humanist assumptions.

One influential theory in this decline is Stanley Fish’s Reader Response Theory. In Interpreting the Variorum, Fish grounds his theory in the Nietzschean presupposition that texts do not exist independently from a reader's subjective experience of them. Fish explains the continuity of interpretation of any given text as the result of interpretive assumptions by interpretive communities. Significantly, Fish is resigned to see disagreement between interpretive communities.

Under Fish’s scheme, If I am a Liberal and you are a Conservative, we do not share ‘interpretive assumptions’ and, therefore, by definition, we cannot reasonably discuss our disagreements. With the rise of the multiplicity of ‘theories,’ it has become the assumption that any identifiable socio-political-ethnic group becomes its own ‘interpretive community.’ Contemporary political discourse operates under the assumption that people of varying socio-political-ethnic ‘communities’ simply cannot understand each other.

To assume that someone from a different gender, race, sexual orientation (or any other secondary characteristic) cannot understand you or meaningfully sympathize with you, is to contest their capacity for rationality. It is to dismiss their humanity. Our contemporary emphasis on interpretive communities is undemocratic. It undermines the democratic principle that assumes all voices are valuable because all voices are comprehensible.

To assume that someone from a different gender, race, sexual orientation cannot understand you or meaningfully sympathize with you… is to dismiss their humanity.

It needs to be said that while the entire political spectrum has been guilty of denigrating our political discourse, these anti-reason, anti-language, and anti-humanist ideas form the intellectual foundation of the modern political left. Negative reactionary political movements on the right, such as the populism of Donald Trump, are just that: reactionary. It also needs to be said that these anti-reason, anti-language, and anti-humanist ideals were the breeding ground of the horrific 20th century totalitarianisms. It’s why so many see the modern political left as slipping into a totalitarian mindset.

In order to raise the level of debate we must first lower it to the level of presuppositions. As Alasdair MacIntyre highlights in After Virtue, our debates are incommensurable because they ignore our divergent foundations. We need to address these root causes of disagreement.

I also hope to see a revival of faith in the good intentions of our sparring partners. We need to start with the assumption that our political opponents desire the good, however misguided we feel their vision of the good, or their method for achieving it, may be.

The path forward is simple but difficult. We need to see a revived trust in reason, in language, and in our common humanity.

Photo by Maria Teneva at Unsplash.com

Daniel Dorman argues that the phenomenon of cancel culture emerges from a black and white vision of the world that forgets the vivid hues moral struggle brings to life.