Parliament will set back both truth and reconciliation if it passes a motion proposed by Charlie Angus, the NDP MP from Timmins-James Bay. He wants Canada’s Catholic bishops to invite Pope Francis to visit Canada to apologize for the role of the Catholic Church in residential schools. The Truth and Reconciliation Commission (TRC) included a papal apology on Canadian soil among its “calls to action.”

Last month, Pope Francis said that he would not be personally coming to Canada to offer an apology, but if he did come to Canada at some point, an encounter with aboriginal Canadians would be a top priority.

Mr. Angus pronounced himself unsatisfied and therefore wants a resolution of the House of Commons that would demand Catholic bishops invite Pope Francis to appear in Canada and offer contrition. Furthermore, the motion demands that the Catholic bishops go back and resume fundraising for a $25 million fund, a campaign that petered out some years back.

I have written several times on this issue, ever since the TRC made a serious mistake in calling for another papal apology, disregarding the papal apology offered by Pope Benedict XVI in 2009, and accepted then by the chief of the Assembly of First Nations as “closing the book” on apologies.

Last month, I wrote again that the demand for another apology undermined the sincerity and reconciliation achieved the first time.

On the more complicated issue of whether the various Catholic entities involved had fulfilled their responsibilities to the residential schools settlement, I wrote two years ago that they had done all that they had committed to do, and more.

So, Mr. Angus is up to a bit of mischief, clearly misrepresenting the Catholic record on this issue. Earlier this week, the Canadian bishops released a detailed account of what has been done since the early 1990s, when the first Catholic apology was made, more than twenty-five years ago. It is a detailed account, moderate in its tone.

The TRC made a serious mistake in calling for another papal apology, disregarding the papal apology offered by Pope Benedict XVI in 2009, and accepted then by the chief of the Assembly of First Nations as “closing the book” on apologies.

So perhaps I – who speak only for myself, and not for any bishop, let alone the bishops as a whole – might suggest that a touch of immoderation is in order, precisely because Mr. Angus is greatly out of order.

Most important, it is quite simply not the business of the Parliament of Canada to tell the Catholic bishops of Canada what they should or should not do in their relations with the pope. 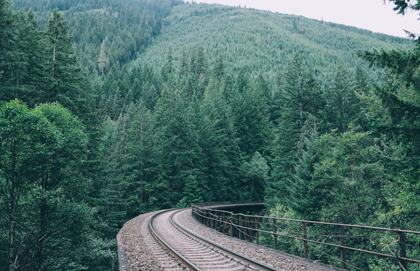 Petal to the Metal
From Sea to Sea: Lessons in Poland
Not All That We Desire

It is a monstrous misunderstanding of the relationship between political power and civil society.

If Parliament wants to invite Pope Francis to Canada, let it do so. (Prime Minister Justin Trudeau already has, like Stephen Harper before him.)

But it is not for the Parliament of Canada to presume to tell pastors how to shepherd their flock. It is not, for that matter, for Parliament to tell the Boy Scouts how to run their affairs, or how Ducks Unlimited should formulate its policies, or dictate what position the cattlemen’s association must take on bovine flatulence.

To put the point clearly, the Canadian bishops should politely inform Mr. Angus that if the House of Commons passes a resolution asking then to invite the Pope to Canada, then they will precisely advise the Holy Father not to come to Canada until the offensive resolution is rescinded, lest there be any confusion about the relationship of Church and State. In the meantime, perhaps the Bishop of Timmins ought to summon Mr. Angus to the local community college to apologize for his gross misunderstanding of basic Canadian civics.

To be clear, if the House of Commons were to pass a resolution asking the Canadian bishops to profess the Nicene Creed, they should refuse on principle to do so. It’s not they don’t believe the Nicene Creed, but the State has no right to pronounce on such affairs.

Subscribe to our weekly newsletter and never miss another one.
Sign-Up Now
But it is not for the Parliament of Canada to presume to tell pastors how to shepherd their flock.

That’s the issue of jurisdiction.

To the substance of the matter, it is more than galling for the federal Parliament to be lecturing others on residential schools. The government of Canada was the principal actor in the residential schools project, from start to finish.

It has, as it always does when it comes to aboriginal issues, sought to address its responsibility by shovelling money at the problem. The TRC, it should not be forgotten, was not some organic expression of civil society or the aboriginal community. It was a government venture.

The government of Canada has no moral standing to instruct others on how to address their involvement in residential schools.

Finally, let me say what the bishops of Canada are too gentlemanly to say, and Mr. Angus too stubborn to realize. Why would Canadian Catholics invite Pope Francis to visit Canada, to be greeted by a federal prime minister who thinks people like Pope Francis ought to be disqualified from applying for government grants?

Mr. Angus for his part, voted with the government last month in support of the “attestation” in the Canada Summer Jobs Program. Mr. Angus apparently finds it congenial to tell religious Canadians what they should think and what they should do. But why would Catholic bishops think that kind of hostile behaviour should be rewarded with a papal visit?

Mr. Angus’ motion is wrong on jurisdiction, wrong on substance, and wrong on timing. And certainly wrong on its results, for it will frustrate the very reconciliation that Mr. Angus professes to desire.

Petal to the Metal

Not All That We Desire

As Canada began coming together in a confederation 150 years ago, considerations of faith were at the forefront of the debate. Convivium contributor Alan Hustak writes that only one bishop in Quebec openly supported the original union. Even those not adamantly opposed, such as Catholic Archbishop Pierre-Flavien Turgeon, tepidly termed it a mere lesser of two evils.