The federal Liberals are making support for public education a litmus test in the federal election campaign. Not satisfied that Conservative leader Andrew Scheer has dropped his leadership promise to provide tax credits to parents for costs of non-government provided education, various Liberals, such as Katie Telford, tweeted, “I have fought against private school tax credits since I was in public school. Private school tax credits will hurt communities by undervaluing and underfunding our public schools.”

So the argument seems to be that good Canadians must not only support public schools, they must also oppose any public funding for non-government schools.

This is, in a word, nonsense.

From Confederation onward, there has never been one, monolithic education system in Canada. While the notion of publicly funded schooling for all is part of history, delivering it through a single system never has been. 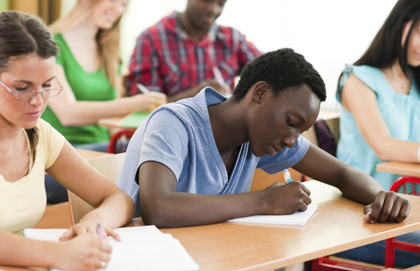 Frankly, the preoccupation with a single system of education delivery, governed by a central bureaucracy power-sharing with large centralized teachers' unions is a particularly North American obsession. And it doesn’t seem to be serving us particularly well. While Canada does much better than the United States, neither shines in international test scores. Looking at countries near the top of the list, like Finland and Sweden, we find strong public funding for non-government schools.

Politicians of all stripes – not to mention bureaucrats and unions – would do well to think about public education more broadly.  All education that contributes to the public good for our next generation is part of public education. We educate the next generation not simply for personal flourishing and eventually earning a living, but so they might also be contributing members of society.

Repeated studies by Cardus and others on the adult behaviours of graduates from non-government schools demonstrate they are at least as well prepared academically as their public school counterparts are. They’re also usually more engaged civically (especially in terms of volunteering and charitable giving), and they live well-rounded lives with diverse social ties. Modern education is holistic education. That’s something the European Union officially recognizes as “the right of parents to ensure that their children are educated and taught according to their religious, philosophical, and pedagogical convictions.”

Repeated studies by Cardus and others on the adult behaviours of graduates from non-government schools demonstrate they are at least as well prepared academically as their public school counterparts are.

So, why the phobia against any public support for non-government delivery of public education? As Convivium has reported, in recent decades many parents have found it necessary to supplement public school education with private tutoring. According to Ontario Institute for Studies in Education (OISE) surveys, roughly 35 per cent of Ontario families pay for tutoring to supplement their kids’ schooling. That proportion has grown 10 per cent since OISE asked the question in 2002. We also know that parents who are choosing, at considerable personal expense and sacrifice, alternative forms of schooling for their children are, for the most part, themselves public school graduates. In British Columbia, 65 per cent of parents with kids in a non-government school attended only public schools growing up. In Ontario, it’s 60 per cent, according to new Cardus reports. Meanwhile, B.C. teachers are choosing non-government schools for their kids at four times the rate of the rest of the population. In Ontario, they do so at twice the rate.

Many, including politicians, portray non-government schools as only for the rich elite. Granted, there are some schools charging tuitions beyond the reach of most ordinary families. But in B.C., for example, that’s less than eight per cent of all non-government schools. The vast majority of non-public schools are more downscale, offering specialized approaches to teaching or a religious focus. In any case, public schools don’t erase the problem of postal code inequality. School councils in wealthier neighbourhoods are able to purchase much more for their local school than those on the other side of the tracks can. If anything, a public subsidy for non-government schools in lower income neighbourhoods – as happens in Australia – would equalize the playing field for kids unable to access the type of school they need.

So, by all means, let’s invest in strong public schools. They serve 92 per cent of students in Canada. The question is why must politicians frame any support for alternative models of public education delivery, which is the norm in most of the world and in several Canadian provinces, as a threat to public education? Why not catch up with the rest of the world in recognizing that a modern, diverse education system that meets the needs of a pluralistic society can deliver education in several different ways?

The rest of the world – save for the United States – is doing it. Canada can too.