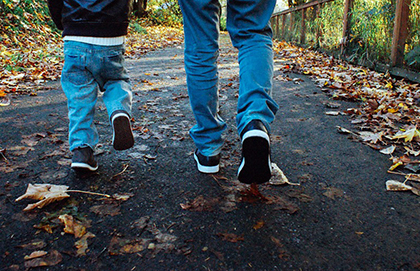 Peter MacKay is apparently making an early play to weaken the leadership of Andrew Scheer, presumably with the goal of contending for it himself. It may be understandable that he might consider himself uniquely qualified for the premiership. Like the current prime minister, he is a handsome, athletic man of nondescript achievement before entering politics, but has managed to rise, wafting upwards on the tailwinds of his political father.

Like Justin Trudeau, Peter MacKay is not at all the measure of his father Elmer, and save for the surname would have found his talents inadequate for prominent political leadership. But the surname is there, and it is powerful. Maxime Bernier would also attest to that, inheritor as he was of his father’s seat in the House of Commons.

Is Canadian politics becoming dynastic? Well, it was “reported” that “some” Conservative MPs and party officials were discussing the possibility of Ben Mulroney being an attractive candidate to replace Scheer, should it come to that. That’s a bit insulting to actual Conservative Party office holders, starting with Ben’s sister, Caroline Mulroney, who currently sits in the Ontario cabinet.

But perhaps Mulroney fils has something compelling to offer, at least as compelling as Trudeau fils had in 2013 and Mackay fils had in 2002 when they ran for party leadership? Not being familiar Ben’s oeuvre I fired up the search engine and discovered that as of yesterday, Ben’s principal interest was the identity of Grace’s baby daddy on the sitcom Will & Grace which, like Joe Biden, had gone off the air some time ago but is apparently back. Given the fictional nature of the character – Grace, that is, not Biden – Ben’s interest may have less public salience than first thought.

Which is not to discount Ben’s preparation for high office. Rising to the top of Canadian gossip television is still a rise, something that neither Trudeau or MacKay managed before entering politics. The prospect of a post-Scheer campaign including Ben, Peter and Max – any chance that Catherine Clark might be available? – might suggest that the Conservatives would be foolish to push Scheer out.

But let the Conservatives reflect upon that. What about the general dynastic impulse in democracies?  If you were to ask people which democracies favoured the hereditary principle, I expect most would answer India and then the United Kingdom. But is Canada catching up?

India, since independence in 1947, has had a large role from the family of Jawaharlal Nehru, the first prime minister, whose daughter Indira – who brilliantly acquired the Gandhi name through marriage, but not that Gandhi – also became prime minister, as did her son, Rajiv Gandhi. Three generations of heads of government was so potent that even Rajiv’s widow, Sonia, was pressed into the leadership of the Congress Party even though she is Italian. Rajiv’s children also went into national politics.

It is an ineluctable dimension of human nature that we desire to be governed by monarchs. Benevolent, even saintly, monarchs, to be sure. And if history denies us a monarch, democracies go about trying to fashion their own.

The United Kingdom, with its royal family and House of Lords, has a reputation for hereditary politics that is perhaps undeserved. With a 600+ seat House of Commons, there are inevitably here and there a few sons and daughters of former politicians, but family dynasties do not dominate elected politics. After all, if you have a hereditary dukedom, why slum it at the ballot box?

It is an ineluctable dimension of human nature that we desire to be governed by monarchs. Benevolent, even saintly, monarchs, to be sure. And if history denies us a monarch, democracies go about trying to fashion their own.

The United States, having violently deposed the king, has been busily trying to replace him ever since. It is part of American lore than anyone can grow up to hold high office, but it helps if your father was a mayor and you married into great gobs of money, as did Nancy Pelosi, Speaker of the House. And she is just a piker, compared to the Adamses, and the Tafts, and the Roosevelts, and the Kennedys and the Bushes and the Clintons. And that is just at the national level; at the state level congressional and senate seats and governorships are sometimes dispensed like presents under the family Christmas tree.

With Trudeau in power and MacKay lusting after it, are we imitating that in Canada? In an age of celebrity, famous families have an advantage. Yet Canada’s tradition goes back to before social media days.

Out west where, as Calgary mayor Naheed Nenshi says, “no one cares who your father is,” British Columbia has had two premiers from the same family, W.A.C. Bennett first and Bill Bennett later. They were third cousins of R. B. Bennett, the prime minister from Calgary who had the misfortune of being elected (and defeated) during the Great Depression.

Jason Kenney, the premier, did not have political forebears, but his grandfather was the great bandleader, Mart Kenney, who toured the land with His Western Gentlemen – which is why Kenney was unusually popular amongst seniors when he started out in politics.

Quebec has had an astonishing three premiers in three different decades from one family. Rebellion in the Johnson household meant being premier for a different party. Daniel Johnson Sr. was the Union Nationale premier (for two years) in the 1960s, dying in office in 1968. Pierre-Marc Johnson succeeded Rene Levesque in 1985 and was Parti Québécois premier for two months, while Daniel Johnson Jr. was the Liberal premier for nine months in 1994. The three of them together did not have a complete term as premier.

Dynastic politics does not always mean success. From 1948 to 2003 – fifty-five years – Paul Martin Sr. or Paul Martin Jr. ran in every federal Liberal leadership race, save for one. In a combined five leadership races and more than half-century coveting power, the Martins were successful once.

The hereditary principle is not as strong in Canada as it is south of the border, but we have it too. We really don’t need it though, with the principle amply fulfilled by Elizabeth II, gloriously reigning.