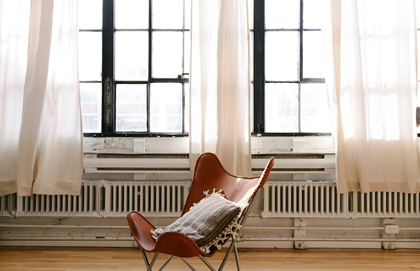 “My anger and irritability are the flip side of my frustrated desire to connect, my desire to feel a part of my street, to feel I belong to this place.” ~ Joseph Rosen

With great frequency I am woken at three o’clock in the morning by the sound of my upstairs neighbours arriving home. I startle awake at the sound of their boots hitting the wooden floorboards of their apartment floor, hear them pour drinks of water. Their floorboards creak quietly from their weight as they walk around for a few minutes. Chairs slide back and forth softly. A toilet flushes. Sometimes there is an unintelligible murmur of voices. After maybe a quarter of an hour, quiet resumes and I fall asleep. (Except once, when there was a larger assembly, and music.)

My response to being woken up by my upstairs neighbours has shifted over time: from aggravation, to annoyance, to acceptance, to (surprisingly) affection. Why do they keep these hours? Perhaps they’re bartenders, or bouncers, or flight crew for a small regional airline? Perhaps they’re university students, enjoying the circadian cycle of twentysomethings … but then the music would be more frequent, would it not?

Regardless of who they are, theirs are not daily rhythms by which I would like to live. And yet in time – even though I’ve never knowingly seen their faces – with familiarity has come a certain fondness for the regularity of their routines.

Not every difference between ourselves and our neighbours is this easy to get used to.

Some differences we experience as unbearably inconvenient, or disgustingly strange, or profoundly threatening to what matters most to us. 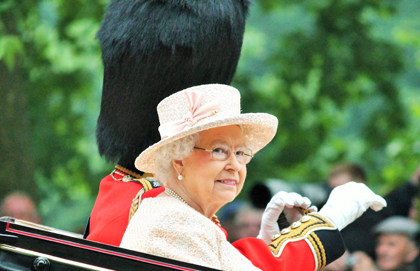 For Peace Comes Dropping Slow
Two Sides to Outremont
After Meaning: Quebec's Religion Problems are Mere Symptoms
But some differences we may just have to tolerate, despite their effect on us. There is no reason to believe that we will ever find ourselves in circumstances in which there are no differences between ourselves and our neighbours, or in which all of the differences we encounter are easy to live with.

Some differences we can deal with by finding ways of organizing our lives so that we never have to deal with them. (I could sleep with earplugs. I could move somewhere else.)

Some differences we could negotiate so that they have less of an effect on us. (I could go and ask my neighbours to take their boots off more quietly, which might result in my not waking up as frequently.)

Some differences we may come to appreciate, even enjoy, if we invest effort to understand them.

But some differences we may just have to tolerate, despite their effect on us. There is no reason to believe that we will ever find ourselves in circumstances in which there are no differences between ourselves and our neighbours, or in which all of the differences we encounter are easy to live with.

I have not lived long enough in Montreal’s Outremont borough to have come to know all of the differences that make life difficult, despite the beauty and comforts it offers its inhabitants. My current lack of facility in French means that there are conversations I have not been able to have, which undoubtedly oversimplifies, limits, and skews my understanding of how my neighbours experience their lives and their interactions with one another. But I think it is uncontroversial to observe that the most serious tensions in Outremont result from the differences between the ways of life of its Hasidic minority and its francophone petit bourgeois majority, and how those differences play out against the background of historical Quebecois grievances against English Canada and the Roman Catholic Church.

As I reflect on the conversations I have had over these past several months in an effort to better understand faith and civic life in Outremont, three of the many things I’ve learned stand out to me at the moment.

I learned from Cheskie Weiss, of the blog Outremont Hasid, that there is an acknowledged tension in the Hasidic community between the desire to preserve their culture and the necessity of living peaceably among and alongside neighbours of other cultures, and a recognition that it will require skills that must, for the most part, still be cultivated to negotiate that tension well.

I learned from Nanci Murdock, who campaigned in favour of the ban on new places of worship along Bernard Avenue, that the practical details of borough governance (the maintenance of a building façade, the square footage in a building permit) matter as much as the most profound questions of identity (how women can express their sense of themselves in public spaces).

And I learned from Nora Chénier-Jones and Jennifer Dorner that one way to reduce the tensions over faith and civic life in Outremont might be to create spaces in which people can talk with one another about the differences they notice and the frustrations they feel, honestly but safely, and can grow to know and understand one another just a little better.

Here, in the microcosm of our little neighbourhood, my neighbours are trying to figure out lived answers to perhaps the biggest question of our age, articulated by Valérie Amiraux: “How do we build a fair society while we all disagree about everything?”