The burials began yesterday, and it was likely the first time most Canadians had ever seen Islamic funeral rites. It was an impressive witness of prayer from the Muslim congregation gathered at Montreal’s Maurice Richard hockey arena.

Canada’s political leaders conducted themselves admirably in the days after the massacre at the mosque in Sainte Foy, a suburb of Quebec City. Premier Philippe Couillard acknowledged that there are “demons” within Quebec society, but did not confuse the demons with the demos, as if the killer somehow represented all Quebeckers.

At the beginning of the week there was a brief, moving speech by Elizabeth May, the leader of the Green Party, in the House of Commons. (We look forward to hosting her at our Ottawa office next week for our formal launch of the digital Convivium.) Rising the day after the shooting and visibly pained, she spoke of her solidarity with those murdered: “Today, we are all Muslims…we are Canadians.”

The House rose as one in an ovation after she concluded. It was a sincere moment of public grief.

How is solidarity expressed in times of suffering? The rhetorical device “we are all…” is likely ancient, but was given fresh amplification in our time by President John F. Kennedy in Berlin. Ich bein ein Berliner, JFK  said, in June 1963, less than two years after the Berlin Wall went up, and less than six months before his own assassination. It was a bold statement of solidarity with the free citizens of West Berlin, encircled by the evil empire of Soviet communism:

Kennedy was arguing that every free man had a stake in Berlin, that to claim freedom for oneself required solidarity with those Berliners whose freedom was under threat.

In the more than half century since, with the rise of identity politics, the formulation has become ever more widespread. In an age when consciousness of identity reigns supreme, solidarity is best expressed by sharing the very identity of the other.

Despite differences in ethnicity, race, national origin and, most pertinent, religion, those killed in Sainte Foy were part of Quebec society, part of Canadian society. They are not “they” but “we.”

Elizabeth May’s “we are all Muslims” drew wide and sympathetic applause. If she had said “we are all Arabs” it would likely have elicited puzzlement. 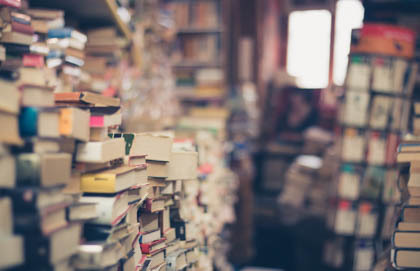 The “we are all…” became something of a global phenomenon after the Charlie Hebdo massacre in January 2015. Je suis Charlie was the favoured way to express solidarity with the journalists killed. But of course a serious Christian would never identify himself with Charlie Hebdo, a vile and blasphemous publication, a disgrace to journalism. I condemn their murders because I am a Christian; for the same reason I condemn their work.

Death by terror does not constitute posthumous absolution, nor move me to identify with what the day before yesterday mocked my identity. Je ne suis pas Charlie. And one notes that when four Jews were killed at the Hyper Cacher kosher grocery store later that same day, there were no je suis juif hashtags.

I have a lot of contact with Jews in various capacities. I visited the synagogue in Jerusalem where four men were killed while at their morning prayers. Yet I would never say “I am a Jew.” Why not? Well, because I am a Christian, and to profess Jesus Christ as God means, among other things, that one is at odds with what Judaism says about Him.

Not as pithy as “we are all Muslims,” I’ll concede.

The matter is complex. Pope Pius XI, addressing a group of Belgian pilgrims on September 6 1938, aware of the growing persecution of Jews in Germany, offered this reflection, in which he more or less says “we are all Jews:”

At the most solemn moment of the Mass we recite the prayer which contains the expression “sacrifice of Abel, sacrifice of Abraham, sacrifice of Melchisedek” in three strokes, three times, three steps, the entire religious history of mankind—a magnificent passage. Every time we read it we are seized by an irresistible emotion. The sacrifice of our patriarch Abraham. Note that Abraham is called our patriarch, our ancestor. Anti-Semitism is incompatible with the thought and the sublime reality expressed in this text. It is alien to us, a movement in which we Christians can have no part. The promise was made to Abraham and to his descendants. It is realized in Christ, and through Christ in us who are members of his mystical body. Through Christ and in Christ we are the spiritual descendants of Abraham. No, it is not possible for Christians to take part in Anti-Semitism. We acknowledge for all the right to defend themselves, to adopt measures of protection against what threatens their legitimate interests. But Anti-Semitism is inadmissible. Spiritually, we are Semites.

Both May and Couillard were in less complex territory when they said, respectively, “we are Canadians” and “we are Québécois.” In a sense that was the more important point. Despite differences in ethnicity, race, national origin and, most pertinent, religion, those killed in Sainte Foy were part of Quebec society, part of Canadian society. They are not “they” but “we.”

It needed to be said and Couillard, in particular, said it with both firmness and grace. He assured Quebec’s Islamic community that they were at home, that they were welcome. Not just as welcome guests, but that they were part of Quebec chez nous. Yet identity is complex.

The three coffins at the Maurice Richard Arena were draped in flags. Neither the Maple Leaf of Canadian heraldic history nor Quebec’s fleur-de-lis, drawn from Catholic imagery in honour of the Blessed Virgin Mary, but the Islamic flags of Algeria and Tunisia.

Catholic funeral rites, which I obviously know best, are clear about such matters of identity. Inside the church, no flag may appear on the coffin – even for those killed in the service of the nation.

The flag is removed upon arrival at the church and replaced with the “funeral pall,” a complementary symbol to the white garment received at baptism. Discipleship is the relevant and governing allegiance. Upon departure from the church, the national flag might be returned.

This wise liturgical principle is often ignored, most recently and memorably at the Catholic funeral of Jean Beliveau. The casket of le Gros Bill appeared in Montreal’s magnificent Mary Queen of the World Cathedral draped in the Montreal Canadiens logo. It was minor sacrilege, though excusable as sacrilege is difficult for those who have abandoned their religion.

Not so those killed at the Sainte Foy mosque. They knew who they were, which God they knelt before, which countries were their own, and which land they had chosen to live in.

Identity. Solidarity. Who belongs? And what do we belong to? Difficult questions, addressed with dignity in a most difficult week in Canada.

In Memory of Jack

So why does God still allow death? Why did he grab Jack by the shoulders and shake his face? Why will he eventually do it to us? Perhaps because even we, if we're to be made ready for our new life, need to be shaken till only that which is unshakeable remains For two years he would greet me in the m...