There’s something about the anniversary of any notable happening that brings us to reflect and ask Where was I when that happened? This crossed my mind as my city, Ottawa, went through the second once-in-one-hundred-years flood happen in, well, much less than that.

Where was I when the flood happened in Ottawa just two years ago? Nowhere near it, in fact. When family and friends abroad asked if I was affected, whether my house was submerged, I hadn’t a thing to report. Being in Ottawa meant that, yes, my city has flooded, but no, I’m nowhere near it.

Since I’ve moved very close to the river, though, I feel the gravity of the situation weighing more heavily than it did two years ago.

As I walked around my neighbourhood and saw the flooded beach and the river getting closer and closer along the abutting berm, there was a certain chill, a feeling of the water being too close for comfort.

I live in a community that was affected by floods only two years ago, and which found itself filling hundreds of sandbags, but there is still a certain feeling of distance from the devastation as the waters didn’t touch my own home.

I saw the community coming together, albeit from a distance, neighbours helping one another in the face of high tides and uncertainty as the waters and sandbags piled up, each trying to outrun the other against time.

Neighbours whose houses are a shorter walk from my place than the nearest bus stop gradually and carefully watched the waters come higher and prayed the walls of sandbags could sustain the wind and waves, while I sat in the comfort of my own home contemplating my helplessness as well as theirs. 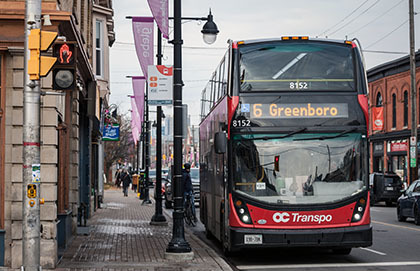 These kinds of disasters can bring communities together, but they can also bring change to the face of a community. If floods are the new norm, as some climate scientists predict, will we lose our sense of empathy when the need to help those affected becomes too repetitive? The houses will indeed lose value, and it’s unlikely that many people will be running towards the investment of waterfront houses that need more money put into flood damage repairs than mortgage payments.

Two years ago, the flood didn’t touch my neighbourhood, nor did it touch any part of my life. Now I find myself empathizing with those neighbours and wondering what I can do in the meantime.

Andrea Palaczka has had a similar experience to mine, living in an area that was close to high tides and flooded houses, but also not nearly as affected by the natural disaster.

She moved to her neighbourhood earlier this year, not thinking twice about the area having flooded in 2017. The beauty of the waterfront home held a certain appeal, but she – like most of us, probably – didn’t consider for a moment that the city might flood again. Palaczka considers herself fortunate, as her house sits on a high enough plain that the waters have not affected her. Rather they have poured downstream to the lower-elevation residences.

The difference is the kind of floods her neighbours are seeing. The flooding comes not from the overflowing riverbeds, but from ground that could not sustain the quickly-melting snow fast enough, and the addition of drainage running downhill into other homes.

Palaczka and her husband went out walking to see the damage done, and she could hardly believe what was happening just down the road from where she lives.

“While you feel like you’re part of a bigger community,” she said, “you don’t see what’s around you.”

Consider for a moment that most of Ottawa isn’t underwater, and only a minute percentage of its residents have suffered flood damage. Even so, the devastation has been enough to awaken the whole of the city (and beyond) to what’s going on. The aftereffects of the flooding won’t end once homeowners foot the bill, either.

Palaczka made the point that these costly waterfront homes will likely lose much value after going through two floods, a “complete paradigm shift from how we used to think about waterfront homes.”

These kinds of disasters can bring communities together, but they can also bring change to the face of a community. If floods are the new norm, as some climate scientists predict, will we lose our sense of empathy when the need to help those affected becomes too repetitive? The houses will indeed lose value, and it’s unlikely that many people will be running towards the investment of waterfront houses that need more money put into flood damage repairs than mortgage payments.

When Palaczka visited with some of her neighbours whose houses were hit, she said there were mixed feelings of humour, frustration and sadness, but mostly just exhaustion. The feeling of “again”-ness has devastated our city morale. It’s going to take much efforts across the city for these communities to recover. I know that now. Who, I wonder, will have to learn it next in two years or even sooner?

Convivium’s Rebecca Darwent finds her old hometown growing up from underground as a brand new light rail commuter train lets Ottawans connect from the far flung ‘burbs almost as if they lived in a real city like Montreal.