We've all used the excuse, when a joke's recipient takes a cutting remark meant in jest as fact. Somehow the excuse is supposed to remove the sting. But in fact all such jests always have a modicum of truth thinly veiled in the humour. It is sometimes worth examining the truth that the humour exposes.

So too this year's blockbuster film, The Hunger Games. This dystopian tale of teenage blood sport has evolved in significance from cinematic blockbuster to cultural signpost. It's broken all sorts of box office records—the third biggest opening weekend in cinematic history. It's the first movie to take the top spot for four weekends in a row since Avatar achieved this feat in January 2010. The Hunger Games currently ranks 22nd on the all-time domestic chart with $336.7 million, and it should have no problem ending its run with over $370 million box office receipts. Director Gary Ross says, "There are days where it feels like we're in the middle of some national media event that has nothing to do with entertainment."

The film says much about the state of North American culture. Dietrich Bonhoeffer wrote, "The test of morality of a society is what it does for its children." 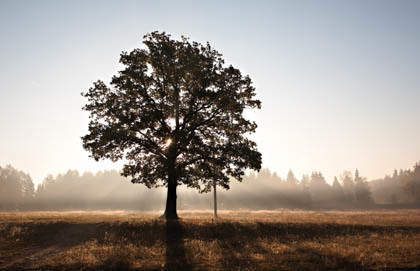 Outbreak of the Divine
The Challenge to Triviality
Cultural PTSD

The cinematic version in contrast to the novel plays down the author's intended cultural satire. The book is more than young-adult fiction building on the likes of Rowling's Harry Potter and Meyer's Twilight series. The Hunger Games trilogy is Suzanne Collins updating Roman poet Juvenal's panem et circenses ("bread and circuses"). The inherent violence in the story's premise is toned down in the cinematic telling to enable a PG-13 rating and thus attract a wider and younger audience. Lost in translation is Collins' original cultural critique. Instead, the film plays like a reality TV show on steroids, Survivor with swords.

What is missing from the telling is any sense of outrage or disgust. Instead, Katniss Everdeen becomes the cultural exemplar of a "headstrong, self-sacrificing heroine." Teen power rules. Elizabeth Banks, who plays Effie Trinket, gushed on a late night talk show her PC-qualifier, "Of course, we're for peace." Yet the entire premise of the film is based on kid-on-kid violence that would make the killing of Trayvon Martin de rigueur. There is great irony that the documentary film Bully was given (after appeals) a rating of PG-13 so that teens could see the film, when The Hunger Games is based on a premise that makes bullying a mild distraction.

We need cultural satire, and with it a renewed sense of moral outrage. We must avoid being numbed to the cartoon violence of a first-person-shooter video game—Call of Duty for tweens. Would it not have been more culturally beneficial and honest to depict The Hunger Games as an NC-17 pornographic slasher film? What happens when satire loses its force as satire? When dystopia—"an imaginary place or state in which the condition of life is extremely bad, as from deprivation, oppression, or terror"—becomes an accepted neighbourhood within the cultural imagination, when it shifts from critique to description? When this happens, something seriously amiss is at work in our cultural psyche. This shift is what The Hunger Games reveals.

Ours is a culture on the verge of collapse. Sociologist Philip Rieff warns,

At the breaking point, a culture can no longer maintain itself as an established span of moral demands. Its jurisdiction contracts; it demands less, permits more. Bread and circuses become confused with right and duty. Spectacle becomes a functional substitute for sacrament.

In a footnote Rieff expands by quoting Carl Jung, "We can hardly realize the whirlwinds of brutality and unchained libido that roared through the streets of Imperial Rome. But we would know that feeling again if ever we understood, clearly and in all its consequences, what is happening under our very eyes." This is the logic of our deathwork culture. This is the symptom this cultural artifact reveals. This time, it's not a joke, and the cultural consequences will be real.

Outbreak of the Divine

Discovering deep meaning in Terrence Malick's The Tree of Life.

But recently with great earnestness host Matt Lauer asked Zachary Quinto, "What is it about our zeitgeist that so many of the blockbuster films are apocalyptic in nature?" Zachary was on the show to promote his film, Star Trek Into Darkness, where he plays the character of Spock How shall we, the mu...