Last week, the Supreme Court of British Columbia released its decision in Ismail v. British Columbia (Human Rights Tribunal), a human rights complaint against Guy Earle, a comedian, and the restaurant where he hosted an open mike comedy show. The precedent set by the B.C. court should alarm those—including religious minorities—who depend on free expression.

The complaint was made by Lorna Pardy, a lesbian who attended the comedy show with her partner and friends. During the comedy show, Mr. Earle made a number of comments about Ms. Pardy, her partner, and their friends. Earle maintains that his comments were in response to Pardy and her partner's drunkenness, heckling and "making out," which disturbed the show. When Earle made his comments, Pardy and her friends engaged him, eventually throwing at least two glasses of water at him. He then somehow broke Pardy's sunglasses. Pardy and her friends stayed for the entire show.

Some months later, Pardy filed a complaint with the British Columbia Human Rights Commission, alleging that both Earle and the restaurant discriminated against her on the basis of her sexual orientation. That complaint made its way to a hearing, and a decision was released in April 2011 ordering Earle to pay Pardy $15,000 and ordering the restaurant owner to pay her $7,500 for injury to dignity. Earle appealed to the Supreme Court of British Columbia which upheld the Tribunal's decision and the constitutionality of the British Columbia Human Rights Code provision relied upon by Pardy.

In the most recent issue of Convivium, Andre Schutten and I wrote about the Supreme Court of Canada's decision in Saskatchewan (Human Rights Commission) v. Whatcott (discussed in Cardus's LexView in April, here). We argued that while the decision was disappointing, it was not, in our opinion, groundbreaking. We concluded that the Whatcott decision simply affirmed the status quo and that it was not likely to impose serious new restrictions on the freedom of expression of Christians. 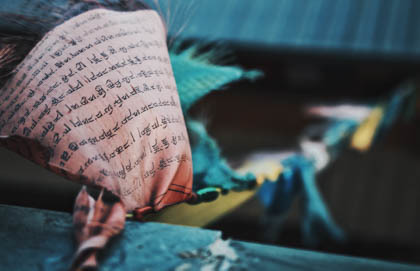 This new case however, leaves me with some concern. This case seems to be breaking new ground.

Unlike in the complainants in the Whatcott case, Pardy did not rely on the "hate speech" provision of the Code, but rather, on the discrimination provision. She did not argue that Earle's comments (which by all accounts were very offensive) caused her to be "exposed to hatred or contempt" as is the language used in the "hate speech" provision. Instead, she argued that she received differential and discriminatory service by the restaurant and comedian because she is a woman and a lesbian. She argued that she suffered Post-Traumatic Stress Disorder as a result of the experience. Earle maintained that the "differential service" she received was as a result of her disruptive behaviour, not because she is a lesbian. Neither the Tribunal nor the Court agreed.

I did not, and still do not see this as a discrimination case. "Discrimination" means differential treatment on the basis of a prohibited ground, such as race, religion, sex, or orientation. Pardy argued that by singling her out and making comments about her, both Earle and the restaurant provided her with service which differed from the service received by other patrons. By accepting her argument, the Tribunal and the Court have broadened the scope of what we understand to be "discrimination" in Canada.

Pardy would have faced discrimination had she been refused service at the restaurant because of her sexual orientation, or if she had been made to pay an extra fee or sit at the back of the restaurant. But for a comedian to respond to a heckler in the way many comedians respond to hecklers, by shouting them down or making comments at their expense, is not discrimination. Comedians often make jokes at the expense of hecklers' characteristics or behaviours. Without condoning this type of behaviour, it does not appear that Pardy was singled out because she was a lesbian. She was singled out because she heckled. In our existing understanding of discrimination, she did not face discrimination that evening.

Could a pastor giving a sermon in which he speaks out against pre-marital sexual relations be found guilty of providing differential treatment to a non-married and sexually active person in the pews on the basis of their marital status? What if the pastor speaks out in favour of traditional Biblical marriage and there is gay man in the church? What if the pastor speaks out against greed and there is a successful banker in the pews? Is the pastor then discriminating against the banker on the basis of his economic status? As ridiculous as some of these examples may appear, they are not completely unrealistic if the reasoning in Ismail stands.

This case cannot stand and should be appealed. Discrimination is a serious offense, and citizens deserve lawful protection from unjust discrimination in service, employment, and other circumstances. But comments which someone deems to be offensive should not be considered discrimination. To conflate the two issues is to limit free expression while diminishing the meaning of discrimination.