A few Sunday mornings ago, I came across the broadcast of a church service on Radio-Canada and, not surprisingly, there was almost no one in the congregation.

The service aimed at francophone audiences was applicably Roman Catholic. The eglise from which the broadcast emanated was magnificent. The robes of the priest were regal and his French blended with the occasional Latin phrase as if the two were in a romantic embrace. As the camera scanned the congregation, the glimpse I got indicated there were no more than a couple of dozen white- and blue-haired ladies, faithfully presenting themselves before God and - as we all must these days – doing so while well-spaced due to the pandemic.

The same scene takes place every Sunday in hundreds of churches across the country and - let’s face it - in a great many churches those thinly populated pews didn’t look that much different before COVID-19 made worship one of the activities most frowned upon by public health officials.

There will still be a multitude of vibrant Christian congregations across the country for many years to come, but it’s likely there will be some noticeable – as they say in the corporate world - rationalization of resources when all the economic-impact bananas have been tallied. Those most at risk include what used to be called mainstream (now niche) Protestant churches – Presbyterians, Anglicans, Baptists and the once-mighty United Church of Canada. In short, most people don’t go to church anymore so there will be fewer churches in future.

Yet the yearning for answers to life's big questions and the search for meaning in our existence hasn’t gone away.

As has been well-established, this decline has been pretty steady since the end of the Second World War when 67 per cent of Canadians attended church on a weekly basis. Today, it is closer to 13 per cent.

When I was a boy, for instance, politicians used to proudly post pictures of themselves with their spouses and (often several) children standing in front of their church, as if it spoke well of them. Now, if it is learned they are affiliated religiously, they must vow to forbid their most deeply held beliefs from influencing their leadership. When it comes to virtue, the strength of denial has replaced the strength of conviction. 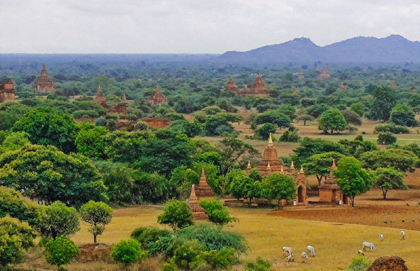 Opinions once considered admirable are now a cause for concern. I mean, just say out loud at a Toronto condo cocktail reception that “I believe in the sanctity of life” and you’ll be guaranteed social distancing for longer than it will take for the Toronto Maple Leafs to win a Stanley Cup.

Use old-fashioned terminology and you will face fire and brimstone from the neo-puritans who now control Twitter and - through it - media perceptions of reality. A single sin and you, like CBC journalist Wendy Mesley – will wear a scarlet letter. Forever.

One could go on. The long and the short of it is that most western societies are now influenced by the first generation in thousands of years that lacks even a breath of faith-based philosophical instruction, let alone any of the Judeo-Christian variety. The majority have absolutely no idea what goes on inside the doors of a church. Say “Ten Commandments” and you get a slack-jawed vacant stare in return.

Yet the yearning for answers to life's big questions and the search for meaning in our existence hasn’t gone away.

This came to mind when engaging in another of my Sunday rituals: watching English Premier League soccer. The world’s most popular sports league resumed play a month ago in empty stadiums after a three-month pandemic hiatus. When it first did so, pre-game rituals included a moment of reflection honoring the sacrifices made by Britain’s frontline health care workers in the battle against COVID-19. (The UK is among the hardest hit nations with more than 45,000 deaths - 540 of them health care workers).

The team uniforms also bore small National Health Service (NHS) logos. As the resumption in play was almost coincidental to the protests following the death of George Floyd at the hands of Minneapolis police, this touching moment was followed by another prior to kickoff. All players took a knee in honour of Black Lives Matter. Where players’ names were once written, their jerseys bore the phrase Black Lives Matter.

As the weeks have passed, the players’ personal names have returned to their jerseys, but the taking of the knee continues and there is no sign it will stop. It is impossible to watch without being struck by its liturgical nature. Near as I can tell there have been no incidents of nonconformity among players, although there have been notable incidents of apostasy by British Foreign Secretary Dominic Raab and Prime Minister Boris Johnson.

Raab, while expressing full sympathy for the sentiments behind the action, insists he only takes a knee for Her Majesty (as we all should) and, occasionally, for his wife. Johnson, insisting he prefers substance over gestures, has also refused to, as he put it, be “bullied” into the ritual. As we all know, our Prime Minister Justin Trudeau defied every health care order in the country to not only take a knee but to do so within a mass gathering/protest. As their season re-opened last week, the millionaires of Major League Baseball added their voices to the BLM chorus.

Regardless of one’s view of this, it seems glaringly obvious that – whether it is taking a knee and bowing before BLM or elevating Greta Thunberg to iconic status without traditional critical rigour – the new faith-oblivious generation is working overtime to fill the void in its soul.

It is not that their causes are in dispute. Environmentalism has never been more important. So is the battle for racial equality. These flags were once carried via Christianity and other faiths through imperatives such as good stewardship of the Earth and each of us being equal in the eyes of God. They are not new.

But now, noisy as they are, their advocacy somehow feels empty. Almost as if it was all just, you know, marketing.

Our Religious "Nones" Wait For Us

But as a journalist who covers the religion beat, I feel I can safely say the issues chasing people out of the pews is largely the same for Protestant churches as well In fact, there are now more "nones" than there are people who identify themselves with any Protestant religion—whether Baptist, Pres...