The re-conceptualization of “diversity” by the Supreme Court of Canada in two recent decisions portends critical shifts in the way Canadians think about their country, their society and perhaps even themselves.

This hypothetical applicant is a (hypothetical) member of the LGBTQ community who desires to attend a Christian university, and objects to the Christian beliefs and practices of the university. Despite not actually existing, the applicant has, for some reason, chosen not to attend, or is otherwise unable to attend, one of 19 public university law schools in Canada, narrowing his or her prospect of attending law school to one seat at Trinity Western out of the 10,000-plus available nationwide. (Based on Trinity Western’s history, one cannot assume for a moment that the law school’s academic standards would be at or near the low end of national standards, i.e. academically, it would be easier to get into many other Canadian schools.)

The narrow requirement of responsibility for diversity in the venue of private education, specifically pertaining to equality of opportunity for potential LGBTQ students, was accepted by a majority of the Supreme Court of Canada as a reasonable concern for the two government regulatory agencies to have and to hold in withholding their approval of the proposed law school. This is the standard that applies to the law societies as government regulatory bodies, not a standard that would otherwise apply to Trinity Western. The school was compliant with all academic, legal and constitutional human rights requirements for a university. (Trinity Western complies with the B.C. Human Rights Code. Other Canadian courts have found the Charter has no application to publicly funded universities, and therefore would not be applicable to a private university.)

This fresh constitutional perception of diversity from five members of the Supreme Court was determined to be a Charter “value.” The Charter value “diversity” is distinct from the Canadian value promulgated by Prime Minister Justin Trudeau, who says diversity is understood like “the air we breathe.” It is also distinct from the “diversity of tastes and pursuits, customs and codes of conduct” earlier stipulated by the Court as that which is found in a “truly free society.” The Charter value “diversity,” however, was used as the legal construct to override the constitutionally enshrined Charter right to freedom of religion, the right that had been previously recognized by the Court to protect the same Christian university community from a similar attempt to infringe its religious beliefs and behavioural expectations by the government regulatory body for teachers.

The most quoted paragraphs I’ve seen in commentary on the Trinity Western law school decisions were written by Justices Suzanne Côté and Russell Brown, who disagreed with the majority’s opinion. Justices Côté and Brown wrote:

First, Charter “values” — unlike Charter rights, which are the product of constitutional settlement — are unsourced. They are, therefore, entirely the product of the idiosyncrasies of the judicial mind that pronounces them to be so. … What is troubling, however, is the imposition of judicially preferred “values” to limit constitutionally protected rights, including the right to hold other values.

Secondly, and relatedly, Charter “values”, as stated by the majority, are amorphous and, just as importantly, undefined.

Like beauty, it seems diversity may be in the eye of the beholder; and, beheld differently conditional on setting, whether similar or dissimilar.

In the end, “diversity” was left undefined objectively, either generally or in law, yet applied as necessary to the practice of law and thus a justifiable concern in regard to legal education.

Similarly undefined was the mechanism of Charter values that was exercised by the Court to overrule a Charter right. And, while Charter rights are written in Canada’s Constitution, Charter values are “entirely the product of the idiosyncrasies of the judicial mind that pronounces them to be so,” as Justices Brown and Coté put it.

If there is a redeeming characteristic to the majority’s 2018 law school decisions, it is that the Court did not overturn its own decision in Trinity Western 2001. The 2018 reconceptualization of diversity and its application as a Charter value is confined by the Court to the unique circumstance of the decisions made by the two law societies; the fact situation of the law societies’ consideration of the mandatory religious behavioural requirement for students in relation to educational training for the practice of law. It really is that narrow in application.

But no decision of the Supreme Court of Canada exists in isolation. So, what might the paired decisions mean for Canadians’ understanding of “diversity”? 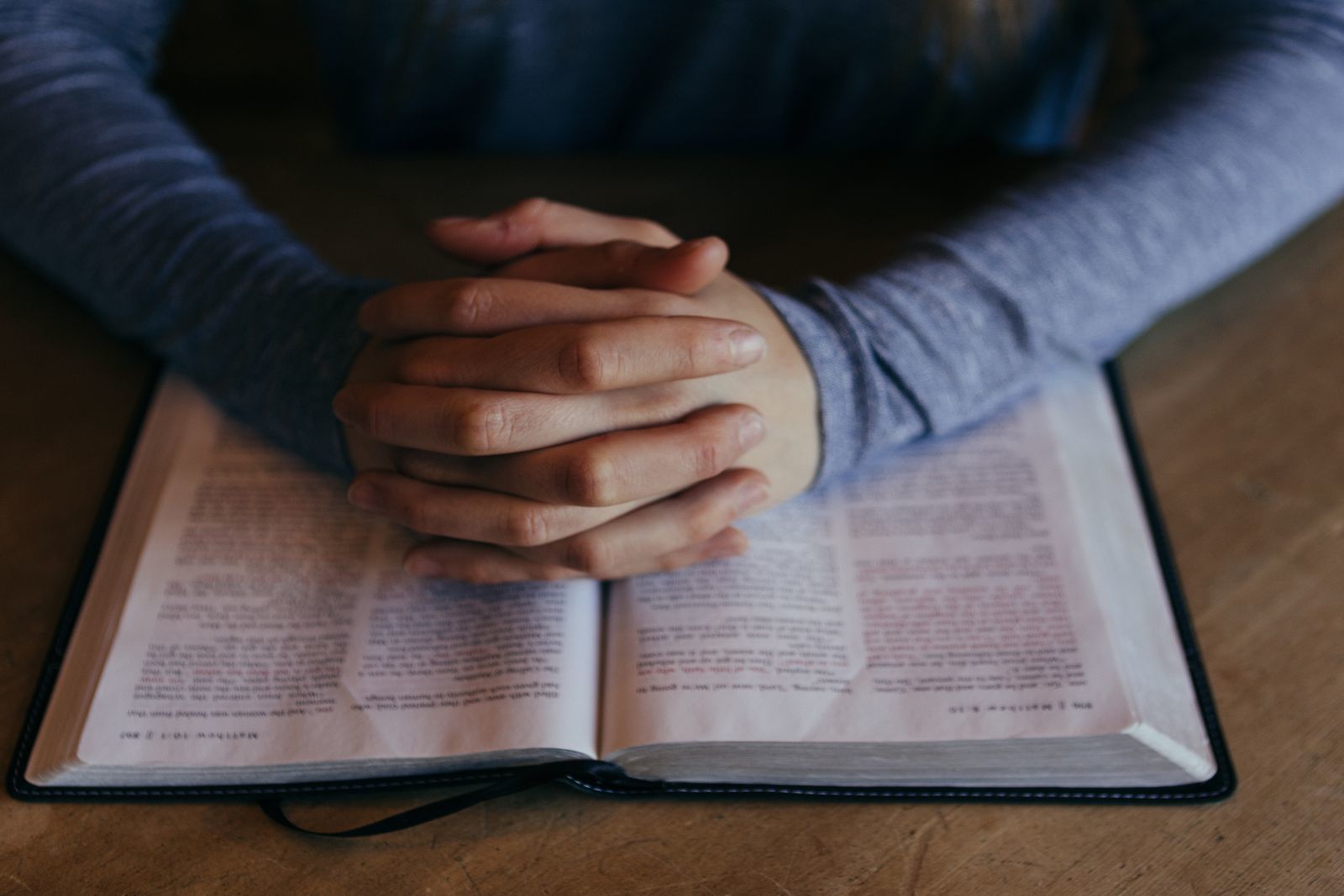 That’s not clear. The Court has left diversity undefinedly in a state of confusion about its meaning and application in Canadian law and life.

What is clear is the Court chose not to consider equality under the Charter as a competing right with the Trinity Western community’s Charter right to freedom of religion. No balancing act, instead the law school decisions rest on the Charter value diversity. Perhaps, a hint as to the Court’s meaning may be found in a paper presented by Chief Justice McLachlin in 2012 in which she states:

Considering social context has proved important to ensuring that Canada’s judges meet the challenge of judging in a diverse society.

In the law school cases, the unique social context developed by the majority of the Supreme Court of Canada was the distinctive responsibilities and place of the legal profession in Canadian society.

Still, diversity has got to mean more than the potential availability of a single position in a small Christian law school for someone from the LGBTQ community. And it has to mean more than a chair at the table of an unstipulated and undefined diverse corporate board. Diversity also has to mean less than having each instance of its subjective microcosmic assertion authoritatively able to supersede recognized institutional compliance with stipulated operating, legal and constitutional requirements.

In affirmation of the current vagaries of diversity, State actors – politicians, diplomats, lawyers, judges, and regulatory bodies – have taken an enigmatic path from a constitutionally recognized government responsibility of making space for a wide assortment of Canadian individuals and institutions in a broad societal context to select destinations that mandate “diversity undefined” in the setting of personal responsibility within a private organization. It’s a path from expectations of State protection for cultural variety to a terminus that features enforcement of ambiguous criteria for beliefs and practices on private actors, institutional and individual.

Has it been a prudent journey that strengthened the fabric of Canadian society, promoting respect for our differences? Or, has it been an improvident expedition, pulling from time to time on single threads of ideology, occasionally disregarding the rights and freedoms recognized both historically and by the legislatures of our nation?

In the end, we may have thoughts about what diversity means, but we have lost our effective definition and general perception of diversity, and it has not been replaced.

Like beauty, it seems diversity may be in the eye of the beholder; and, beheld differently conditional on setting, whether similar or dissimilar. With such ambiguity, how does one restrain a State “beholder,” particularly one that has authority to impose its view on a private institution, a profession, or a nation?

Isn’t that just what the nationally negotiated and written words in the Canadian Charter of Rights and Freedoms were meant to do? Whither the diverse and “truly free society” observed and definitively commented upon by the Supreme Court of Canada a fleeting three decades ago?

Not addressed in The Supreme Court of Canada’s 2018 decisions was the conclusion reached by a 5-0 unanimous British Columbia Court of Appeal in its 2016 decision in Trinity Western University v. Law Society of British Columbia:

A society that does not admit of and accommodate differences cannot be a free and democratic society—one in which its citizens are free to think, to disagree, to debate and to challenge the accepted view without fear of reprisal. This case demonstrates that a well-intentioned majority acting in the name of tolerance and liberalism, can, if unchecked, impose its views on the minority in a manner that is in itself intolerant and illiberal.

Perhaps, because the decisions in Law Society of British Columbia v. Trinity Western University and Trinity Western University v. Law Society of Upper Canada were jurisprudentially confined to the narrow position of the two law societies in regard to their particular concerns for the study and practice of law, the characterisation of diversity recognised by Canadian judges as applicable to the rule of law remains as it was prior to June 15. Perhaps not.

In the last week of July, more than eighty countries participated at the first global Ministerial to Advance Religious Freedom, hosted by the U.S. State Department. Canada’s official representative was Member of Parliament Matt DeCourcey, Parliamentary Secretary to the Minister of Foreign Affairs. DeCourcey stated Canada’s commitment to freedom of religion in terms of inclusion and diversity:

Canada is steadfast in our commitment to Article 18 of the Universal Declaration of Human Rights that enshrines the right to freedom of thought, conscience and religion. We are firmly dedicated to the promotion of inclusion and respect for diversity as well as the protection of all human rights, including freedom of religion or belief, at home and internationally.

Like the Geneva statement and Twitter activity from Global Affairs Canada, inclusion and diversity were joined at the hip in DeCourcey’s statement, before being tied at the ankle, as in a three-legged race, to “all human rights, including freedom of religion.” It’s not clear what that means for the Government of Canada’s understanding of diversity, “respect for diversity,” freedom of religion, or other human rights, except that the government stated it is “firmly dedicated” to their promotion “at home and internationally.”

The “at home” commitment to freedom of religion and “respect for diversity” brings the Canada Summer Jobs attestation clause to mind.

Where any definition of diversity will settle for politicians, diplomats, lawyers and judges remains to be seen, as does where such understanding will be settled as a general perception for Canadians. We can hope such definition will be as expansive as the Supreme Court’s conception of a “truly free society” in 1985 and as envisioned by B.C.’s Court of Appeal about accommodating our differences in 2016. Otherwise, we may be left to ponder whether Canada truly has, or will continue to have, the “free and democratic society” proclaimed (in both official languages) in writing as part of 1982’s amendment to our constitution.

Convivium contributor Don Hutchinson, B.A., J.D. reports on the Pembina Hills school district decision to end their recitation of the Lord's Prayer in the face of a human rights complaint.