A calculated risk in the face of pandemic fears and potential security threats, the visit of Pope Francis to Iraq brought incalculable benefits, say members of the country’s indigenous Christian community.

Traumatized by years of violence and hate when extremist groups such as ISIS ran amok in their ancient homeland, their numbers have declined precipitously—from 1. 5 million in 2003 to an estimated 250,000 at present—a reduction of 83 per cent.

The majority ­– known by various names— Assyrians, Chaldeans and Syriacs – are now in scattered diasporas from Canada and the U.S. to Sweden and Australia.

From March 5 to March 8, Iraq’s Christians lived in the supreme joy of the moment, forgetting the troubles that still plague them even after the defeat of ISIS by U.S.-led forces in 2017.

Discrimination, lack of security and economic opportunities in their own country were the last things on their minds now. It was a time for celebration and gratitude for their survival as a community and culture.

Pope Francis placed before them, a vision of a land where they can once again live without fear, and with their heads held high as free and equal citizens.

“The Pope’s visit was 100 per cent worth the risk,” Rabea Allos told Convivium in an interview from his home in Toronto.  “The Holy Father brought a message of hope to Iraq. It united Iraqis of all faiths. During the three days of his visit, Iraqi news channels covered it live, and there was more than a 60 per cent reduction of hate messages on Twitter and other social media.”

Allos, who describes himself as an Iraqi Christian activist, was born in Baghdad but left the country with his family when he was a child. His great uncle was the Syriac Catholic archbishop of Baghdad. One of his most precious memories is that of attending the installation of Patriarch Louis Sako, the Chaldean Catholic Church on March 6, 2013, at St. Joseph’s Cathedral in Baghdad, along with Jason Kenny, then Canada’s minister of immigration.

“Wow! I just could not believe it,” said Amar Sabri. “The Pope is in my hometown!”

“And now, eight years later, Pope Francis celebrates Mass on that very same date, at the same Cathedral,” said. “I was moved to tears. The Cathedral holds so many memories for me. I remember being a page boy when my uncle got married there. My grandfather is buried there.”

Allos said: “Events at every city that Pope Francis visited— which I like to think of as a ‘station’ on his pilgrimage— were rich with symbolism. All of them worked together to convey a message of reconciliation, restoration and resurrection. It will hopefully light a path from the ruins and rubble of a war-scarred country to a new era of hope and peace.”

Mosul-born Amar Sabri, 34, who had travelled from his home in Sweden to witness the first ever papal visit to his birth country, echoes similar feelings of awe and amazement, mixed with unfathomable joy which he says is impossible to describe.

“Wow! I just could not believe it,” said the Syriac Christian in a recorded message to Convivium. “The Pope is in my hometown! At the very place where I was born! All of a sudden, the place echoes with cries of love and peace— such words had never been heard there for a long, long time.” 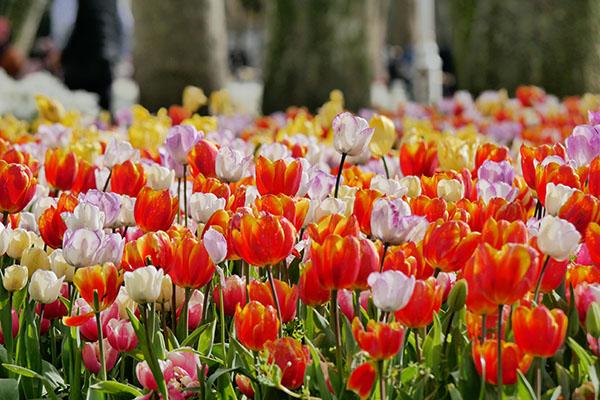 Sabri, whose family had fled Iraq in the wake of wars and terrorism, was there to represent A Demand for Action (ADFA) a Sweden-based advocacy and humanitarian aid organization that works with Middle Eastern survivors of genocide.

The scenes that unfolded before his eyes stood in sharp contrast to the fateful day in June 2014 when the city fell to ISIS, a group of violent extremists, notorious for their hatred of Christianity and their stated goal of conquering Rome and beheading the Pope.

In unhinged rage, they ordered the Christian population to convert to Islam or face torture, death and enslavement at their hands. Many fled in terror.

“I never thought the Pope would actually go to Old Mosul,” Sabri said. “This is something that even government officials had not dared to do. I was so proud to be there, to be part of it. So proud that ADFA had been invited. It was restitution for us, not only for Christians, but for Yazidis and other minorities, because it reminded us that ISIS has gone, and we are still here.”

“The pope also accomplished what nobody else was able to do,” he said. He drew the international media’s attention to the genocide of Christians. “And the meeting with Grand Ayatollah Ali al-Sistani, one of Shia Islam’s most revered clerics, was hugely significant. Al-Sistani told his compatriots that Christians should be given the same rights as everyone else.”

Hala Naomi is a 24-year-old student who was born in Mosul. She moved to Erbil, capital of the Kurdistan Region with surviving family members after terrorists killed her father and uncle. She spoke for many Iraqi Christians when she recalled their feeling that the world had abandoned them in their hour of need.

“Ordinary Christians feel that we are not alone anymore,” she told Convivium in an interview. “The Pope is here, and he wants to make the whole world know and feel our suffering.”

“Praying with the Pope at the Divine Liturgy held at the Franso Hariri stadium in Erbil was the highlight of the visit for me,” she added. “He loves us as a father, and cares for me and all Iraqi Christians. The visit brought me great joy and hope and perhaps because of it, the future will be brighter than we thought.”

“When the media lights are turned off and the Pope’s visit becomes yesterday’s news, it is important for the international community to build on the possibilities that the Holy Father has opened up.”

Nuri Kino, journalist and founder of A Demand for Action was closely watching the entire visit from his home base in Sweden, directing his colleagues in Iraq and editing the videos, photos and reports that they sent each day.

“Since the summer of 2014, I have been reporting (mainly in the Swedish media) on the ethno-religious cleansing going on in Iraq,” he told Convivium. “Churches were being bombed, priests, nuns and bishops slaughtered, Christian worshippers gunned down. Yet these stories did not get as much traction as they deserved in the international media. But now, the Pope’s visit has garnered coverage from every major media outlet in the world. I feel personally validated.”

Kino emphasized, however, that raising awareness is just the first step.

“When the media lights are turned off and the Pope’s visit becomes yesterday’s news, it is important for the international community to build on the possibilities that the Holy Father has opened up in Iraq,” he said.

“The international community cannot let Iraq become the battleground for the political ambitions of Russia and Iran,” he said. “They must ensure that the clash of arms is replaced with diplomacy. They can help the Iraqi government to become more transparent and to eliminate corruption. They can give aid for restoration projects.”

The last word must go to Nuri Kino.

“For the sake of peace and stability in the Middle East, the international community cannot afford to drop the ball now,” he said.

All photos by Allen Kakony.

The City of Calgary’s Municipal Planning Commission unanimously passed a series of amendments to the Calgary Centre City Plan on Thursday, clearing the way for the recognition of the role institutions of faith play in the development of the urban aesthetic ...