“The most interesting thing about responsibility is that we carry it with us everywhere. That means responsibility is ours, that we must accept it and grasp it here, now, in this place and time where the Lord has set us down, and that we can not lie our way out of it by moving somewhere else.”

– Vaclav Havel, The Power of the Powerless

On July 28, 1944, C.S. Lewis published a short article called ‘A Dream.’ It is an anxiety-ridden essay, at once more personal and more political than you would expect from Lewis. Despite its brevity, the essay offers a serious lesson about the dangers of political opportunism during and after a national emergency. The relevance of Lewis’ essay to the political realities facing Canada in the aftermath of Covid is uncanny. Its lesson is indispensable.

Lewis begins, “it was the concourse of irritations during the day which was responsible for my dream.” The first irritation was a letter from a friend, ‘L’, about the trial faced by his married and pregnant sister (whose husband we can assume is now away fighting the Second World War). “And according to L. the state of the law - if ‘law’ is still the right word for it - is that his sister can get some domestic help only if she takes a job.” Lewis describes the woman's situation as desperate: she is unable to receive needed relief measures after the baby comes. The emergency legislation, the ‘law,’ was entirely unfit for the situation.

(A couple of years ago the embedded clause about the state of the law, ‘if ‘law’ is still the right word for it’, would have held little meaning to me. More than a year-and-a-half into often ambiguous and unpredictable Covid legislation, I find a recognizable frustration in Lewis’ quip.) 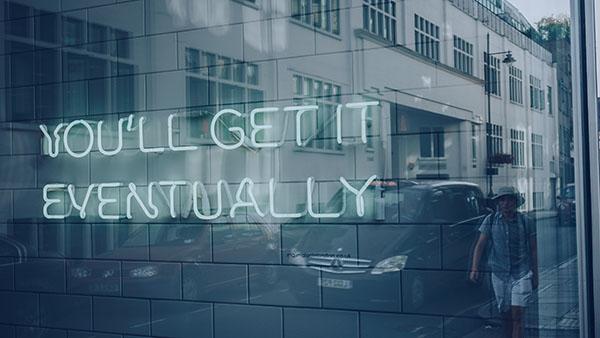 A Liberal Dose of Compulsory Confusion
COVID in the Courts
Why So Vindictive, Mr. Mandate Man?

The relevance of Lewis’ essay to the political realities facing Canada in the aftermath of COVID is uncanny.

The next two irritations that Lewis suffers relate to the growing irrelevance of once necessary emergency organizations. Lewis continues: “The final blow fell that evening in the Common Room. An influential person was present and I’m almost sure I heard him say, ‘Of course we shall retain some kind of conscription after the war; but it won’t necessarily have anything to do with the fighting services.”

After recounting these ‘irritations’ Lewis gives his allegorical dream: “I dreamed that a number of us bought a ship and hired a crew and captain and went to sea. We called her the State. And a great storm arose and she began to make heavy weather of it, till at last there came a cry ‘All hands to the pumps – owners and all!’”

And so Lewis and the other owners organized themselves quickly into squads to keep the ship afloat. Emergency petty officers were appointed to teach the owners their work. “And by the mercy of God [they] kept her afloat and kept her head on to it, till presently the weather improved.”

Yet when the storm subsided the owners were not dismissed from their pumping squads. After all, the storm might not be really over. Eventually, though, the petty officers stopped teaching the squads about “pumping or handling a rope… they began to teach us all sorts of [irrelevant] things…And then one day, in my dream, one of them let the cat out of the bag. We heard him say, ‘Of course we shall keep all these compulsory squads in being for the next voyage: but they won’t necessarily have anything to do with working the pumps… having once got hold of these lubbers we’re not going to let them slip back again. Now’s our chance to make this the sort of ship we want.”

What Lewis heard from an influential person in his waking life, that emergency measures (conscription) would outlast the emergency of the Second World War, he hears again in his dream from the ship's emergency petty officer.

In Lewis’ dream the owners’ response to this irrational infringement is both comical and heroic: “What? Lose our freedom and not get security in return? Why, it was only for security we surrendered our freedom at all… And the owners with one accord took everyone one of the emergency petty officers by the scruff of his neck and the seat of his trousers and heaved them over the side.”

My purpose in this short article is not to argue for or against the effectiveness or necessity of any given emergency measure which Canadians have accepted in the past couple years. Rather, my hope is to remind Canadians of the task set before each of us, ‘owners’ of this democratic state: we need to remember that ‘it was only for security we surrendered our freedom at all’.

My hope is to remind Canadians of the task set before each of us, ‘owners’ of this democratic state.

A disquieting thought: In Orwell’s 1984 the totalitarian state is engaged in endless war that is entirely for show. The pretense of insecurity is used to consolidate power. Frank Furedi wrote: “Relieving people of the burden of freedom in order to make them feel safe is a recurring theme in the history of authoritarianism.” There is historical precedent for a government to extend an emergency, or to extend the appearance of an emergency, for the sake of extending emergency powers. It will be our responsibility, and no one else’s, to discern when the storm has passed.

Photo by Craig Bradford on Unsplash.com