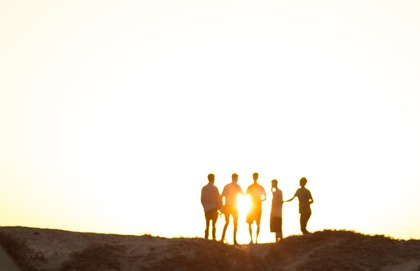 Anyone who has followed the slow decline of charitable giving and voluntarism in Canada knows that Canadians are not as generous as we think we are. The truth is that the about one quarter of Canada's population carries the other three-quarters in terms of overall giving.

A culture of generosity is one where more bucks, more hours, and more people are assisting their neighbours in trouble.

Does more giving equal a renewed culture? What if Canadian giving were to increase dramatically while at the same time we see an increase of giving for the sake of status and accolades?

Locactivism? (We'll work on it.)
White Bread Liberalism is Stale
Celebrating the Essay as Public Good

Margrit Tulpaluru gave a paper yesterday at the Congress of Social Sciences in Waterloo which suggests that Canadian giving is going down exactly that route. Her paper, "Philanthropy Chic: The Emergence of Conspicuous Giving," outlines that giving has joined thick-rimmed glasses, coloured jeans, Instagram, and fair-trade coffee as the latest hip trends. Says Tulpalur, "In the rampantly consumerist Western society of the 21st century, conspicuous giving has become the true status marker."

Who cares? If giving to good causes goes up because some people want the titillation of adulation, why should we care? The goal is to increase the quantity and instances of giving and volunteering, is it not?

I think there are three responses to this. The first response is a version of the "spoils of the Egyptians" argument. This response recognizes that motives are always mixed, and if the poor, the needy, and the afflicted can benefit from the cultural hunger for praise, then some good can come from the weakness of others. The second response is personal: Jesus tells us that giving for the sake of praise is something very dangerous indeed. Giving, and one's approach to it, has eternal consequences.

The final response flows from the second. This response recognizes that the personal response is also a public one. A culture of generosity is one which is indeed marked by increased giving and volunteering, but which is also marked by the stability that comes from a group of citizens who give and care not about public adulation:

Researchers tell us the features that distinguish the civic core are not the sort of characteristics that will automatically replenish themselves—but rather are founded in certain habits of the heart that incline them to the common good.