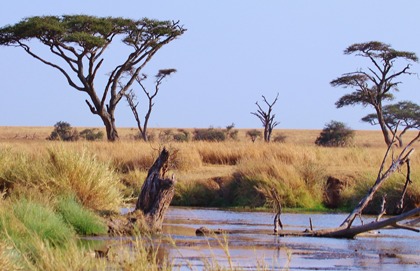 When my wife and I were in Tanzania for about five months in 2008, we had the pleasure of meeting and working with Margaret Njugu, a leader of CRWRC based in Dar es Salaam. Her job involved moving between various communities and checking up on small entrepreneurial projects that the money from CRWRC donors had kick-started. There were a variety of projects, from small farms in the countryside learning sustainable agriculture to groups of disabled women making greeting cards in a church basement. Some generated hundreds of dollars, others thousands, but the work of Margaret, and others like her, was to ensure that these small start-ups could eventually wean themselves off of donated money and become self-sustaining and (ideally) run a profit.

Yet this work was hard in Tanzania, particularly because of the legacy of an "African socialism" set up by Julius Kambarage Nyerere, the first president of Tanzania after it gained independence from Britain in 1961. His vision was that Tanzanians would not need to rely on foreign countries, but could share their wealth internally. He nationalized the banks and other industries, he relocated people to cities and farms trying to mix up the tribes, and he instituted Swahili as the national language to unify a disparate people. However, with such a bloated bureaucracy and highly centralized form of State power, the flourishing of distinct institutions was not allowed to organically grow and evolve. Indeed, such a stranglehold on individual action and redistribution of wealth was followed by the country's economic plummet.

Margaret told us this history as we bounced around in her jeep in order to show us that entrepreneurship and free enterprise are not just things people know because they are human; they are taught them generation after generation. And if they have to learn it, they can also un-learn it. Quite quickly, in fact. A state that gives handouts for generations cannot simply remove the crutch and expect everyone who had depended upon it to simply walk smoothly into a capitalist world of free enterprise. 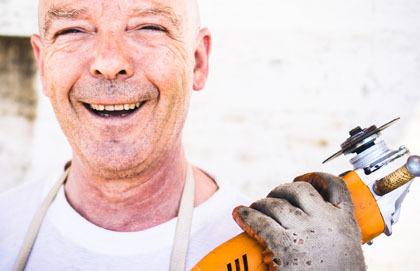 I'm not simply saying capitalism is the end-all-be-all of flourishing life; the knife cuts both ways. If you walked down the street in Tanzania, people would ask you how you were doing. And how your mom was doing. And your dad. And your neighbours. And your work. Et cetera. Morning greetings could take twenty minutes. I remember thinking this was "neat" at first, and very, very annoying within a week. I had work to do, and at a certain point, small talk just needs to stop. But Margaret tried to tell us that having a strong knowledge of everyone in the community was so ingrained in Tanzanian culture that conversation was integral to daily routines. In fact, if anybody even made a profit, it was expected that they would share it with those they knew were wanting or had relatives who were wanting. And knowledge of each other was a type of "social capital" cherished almost more than "economic capital." When I told Margaret one day that I was "all for "relationships, but at a certain point you just need to shut that down and get something done," she only laughed that I was indeed more a "product" of my society than I might realize.

I thought about these instances yesterday as we talked a bit at the Cardus Campout (this organization's quarterly, all-staff set of meetings) about how various institutions can stimulate or stifle the full life of individuals and of other institutions. Milton Friesen, drawing on his work on subsidiarity, challenged us to think through how various relegations of power enable institutions to function, but also burden them with responsibilities. Of course, not every burden is bad, unless the burden is misplaced. For example, the State might seek to feed students through public school breakfast programs, but such a move involves a huge expense to all taxpayers while also removing this "burden of responsibility" from the family where, I would argue, such a burden should be placed.

Following up on this, Fr. Raymond de Souza unpacked the term munus, a Latin word meaning one's service, office, and duty. There is, as he explained, no real easy English translation, but it's comprised of these several terms all at once. The word, applied to individuals, communities, or institutions, helps us to see that everything has a telos, a goal, a purpose—what Aristotle categorized as a "final cause." Our munus is perhaps the answer to Wendell Berry's question: What are people for? But we could expand the question and also ask: what are neighbours for? What are families for? What is the State for? The church? The school? The corporation?  It seems that we can't begin to discus the proper differentiation of power, unless we start to articulate the munus—or purpose—of the individual and the larger institutions which order our society.

If we can start to do this, though, we'll perhaps realize that the institutions in which we are embedded have all too often shortchanged us in regards to a full-fledged conception of a "flourishing" life. In other words, we've imagined our munera in ways that are much too small. Perhaps, as was the case for many in Tanzania, they saw themselves as people who could stick out their hands to the State for almost everything and not learn the art (and freedom) of self-reliance. Perhaps, as is the case for many in our more individualized society, we've cut off the importance of social capital and interdependence to our own detriment. Perhaps, as is increasingly becoming the case in a materialist, consumerist world, the notion of worship and the importance of a relationship to God does not even factor into discussions of how our society might best facilitate the "good life."

Whatever the case, it seems that we can quite easily allow institutions to limit, misshape, or even kill the munera for which we were intended. Yet if our institutions—at their worst—can deaden the very reason we're here, perhaps the renovation of the social architecture of North America is nothing more than the attempt to delineate the boundaries of authority and responsibility among the ecological relationships of power in our landscape in ways that revivify not only the individual, but the various institutions—churches, schools, families, communities, businesses—through which we move and have our being.