Open any Instagram "explore" page and the tiny squares before you expand like windows into the lives of the rich, famous and perfectly styled. From watching reality-TV shows to live-tweeting images of our daily lives, we are addicted to witnessing and sharing even the most intimate details of our lives.

Social media usage has skyrocketed in recent years, with, according to a recent study by the Pew Research Center, 92 per cent of teens going online daily and 24 per cent claiming to be online "almost constantly." The effects of this nonstop Internet usage are widespread, with mass media and marketing companies having a direct channel to impact and influence our youth.

As a former Miss Canada, television host and model, I've spent enough time in front of the camera to know that reality is not always what you see online or on TV.

We are bombarded with images of flawless, airbrushed and sexually desirable women who present an unattainable, unrealistic image of beauty that renders many of us feeling unable to measure up. It's all about angles, editing and selling the story. There are entire teams that work to make "good TV."

When I competed at Miss World 2012, the television production included three camera crews, three television presenters, a massive stage crew for set design, and too many musicians, dancers and performers to count. With a yearly average of two billion viewers tuning in to watch the Miss World coronation telecast, I knew that this was an opportunity to shine a different light. Out of 118 participants, each representing a different country, I was the only one who chose not to participate in the swimwear competition.

I had entered pageants with the intention of utilizing the platform to raise funds and awareness for the prevention, restoration and reintegration of survivors of sexual exploitation and human trafficking. I decided to use my freedom to highlight those who didn't have a choice in how their body was used or portrayed. I wanted to display my success, my convictions and my integrity — not just my physical beauty. 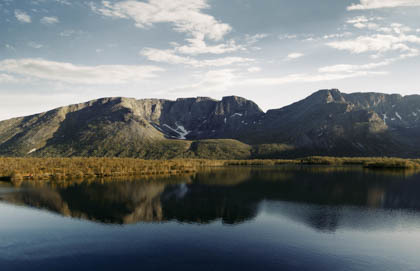 Yet as a culture, we still have a long way to go. While speaking at a summer camp for teen girls recently, I was astounded by how many young women felt inadequate about their personality or appearance. Many cited the mass media's depictions of beauty and womanhood as the source of their low self-esteem and poor body image. One girl admitted that she has never felt beautiful, talented or valuable, and she has scars on her arm to prove her feelings of worthlessness and desolation. And her story is not unique. The effects of media are devastating as eating disorders, self-harm and self-objectification continue to rise among the young women of our country. In a November 2014 study by Health Canada, it was discovered that 1,000 to 1,500 young Canadian women die each year from bulimia and anorexia alone, with many illnesses going unacknowledged or untreated. Canadian youth are ranked among the earliest globally to lose their virginity and on average begin viewing pornography at 11 years old.

Even among teenagers, porn has become mainstream. In today's ultra-competitive media market, flashy lights and styled sets aren't enough to sell a product, idea or person to a hungry, cynical and flighty consumer audience. We're told that "sex sells" and families such as the Kardashians prove that publicly leaked sex tapes lead to fame, riches and global influence. In an effort to vie for the attention, and wallets, of consumer audiences, many high-end brands go so far as to glamorize depictions of gang rape and violence. Fiat, Ford, Axe, American Apparel, Dolce and Gabbana and even Radio Shack have, to my eyes, all used degrading images of sexually objectified women to sell their products.

As a mentor to teen girls, I'm always heartbroken to hear story after story of date rape and sexual violence at increasingly younger ages. What's worse is the victim-blaming that often goes along with it. Many young girls who have the courage to come forward and report their abusers to police are told to brush it off, that "he was a nice boy who simply made a mistake" or that they are overreacting and should move on. Our culture must treat rape as the serious crime that it is, so that we can assure victims that what happened to them is not their fault and that their intrinsic value is not defined by someone else's inability to see their true worth.

Low self-esteem, poor body image, a history of sexual abuse and negative self-identity can all lead to depression, isolation and ultimately, vulnerability — vulnerability that is often preyed upon by human traffickers.

Traffickers feed into our sex-crazed society by providing paying customers with available bodies to service sexual desires. Johns don't ask for the personal backstories, ages or home lives of their sexual conquests. Even if a john were to suspect a human trafficking situation, why would he take the initiative to report it?

While working with an after-care home for survivors of human trafficking, I met one young lady with a gentle smile, whom I'll call Karen, who at the tender age of 17 had already survived depression, an eating disorder and two years of commercial sexual exploitation by her pimp-boyfriend, which hurled her into further depression, self-harm and anorexia. Karen's initial poor self-esteem stemmed from a desire to enter the fashion world as a model; but years of trying to achieve the perfect figure left her believing her physical appearance could never measure up.

When Karen met her boyfriend, he poured affection upon her and she felt valued and beautiful for the first time in her life. She quickly fell prey to his manipulation, coercion and grooming techniques as he prepared her for a life of servicing johns behind closed doors and in upscale hotel rooms. She knew that he had other girls working for him, but he always assured her that she was his favourite. Then one day, Karen fell ill, unable to work and bring in money. Her boyfriend's affection swiftly turned to violence and she began to fear for her life. He continued to control her through the fear that she would be discovered by the police and charged for her involvement in prostitution.

Finally, after being beaten and robbed on a date with a john and then beaten again by her pimp for not bringing home any money, Karen mustered up the courage to leave and sought refuge in a local women's shelter. When I met her at the after-care home, she was learning to knit and studying biology so she could work as a nurse someday. She no longer reads fashion magazines or fashion blogs because she now knows that the images inside the pages portray an unrealistic view of women's bodies. Karen has learned to practise self-love and self-care; and she no longer looks to the affection of men for affirmation of her value.

And this is why I am so passionate about ending human trafficking; human worth is truly at the centre of it all. Whether in social media, fashion magazines, reality television, pornography or the sex trade, we've watered down our humanity to sell a product. I believe that the value of human life is immeasurable and people were meant to live in freedom from the lies media tell that lead to overconsumption and materialistic addiction.

I've seen the intrinsic, holy beauty of fellow human beings who are made in the image of God and it has convinced me that there is nothing in the material world that can add to their loveliness. We are not commodities; we are made by the Creator, whose plans and purposes for us contain beauty beyond what the editors of the most stunning magazine cover could imagine. If social media were used to spread that truth, people like Karen might grow up believing they deserve better.

In the late 1960s, Rodney A. Clifton spent a year working at a residential school in the Northwest Territories. His experience there paints a markedly different picture than what we’ve been hearing from the Truth and Reconciliation Commission reports

Grade 8 student Hannah Rose Marshall shares how her great-grandfather is a man that she believes has had a tremendous effect on many people’s faith by reason of his trust in the Lord and how he strives to get to know Him better on a daily basis.