In Ursula LeGuin's 1973 short story, "The Ones Who Walk Away from Omelas," we are told of a place where everyone (well, almost everyone) is perfectly happy. The Summer Festival is upon the town and these simple folk are happy, but not cheerful. Smiles, the narrator tells, were seen to be archaic. These were modern men and women, folk who did not use swords or have slaves. In other words, "they were not barbarians." Barbarian or not, they are, in many ways, us.

The only way for Omelas to maintain its stoic happiness is to free itself from guilt. Easy enough, it seems, but for one problem. In the basement of one of the buildings in Omelas is an imprisoned child that everyone living in Omelas must confront. The child is never let outside, is never spoken to, and must sit chained in its own filth. The town's happiness is contingent not only upon the suffering of this child, but upon their ability to willingly suppress any knowledge they might retain of it. They must remain entertained, and forget.

With "a clamour of bells" that will "set the swallows soaring," the 22nd Winter Olympiad will soon be upon us. I'm sure many of us are drawn to the Olympics for the same reason we might be drawn to the Super Bowl, the World Cup, or March Madness: they provide us with some pretty compelling stories. And soon enough we will be inundated with stories of spectacular triumph and soul crushing defeat, as athletes from the world over come to compete in Sochi, Russia for medals, honour, and—of course—our entertainment.

But there are other stories to be told.

For instance, the Sochi Games are now on pace to be the most expensive games ever. Estimated costs now exceed 50 billion US dollars, a cost that quintuples the Vancouver expenses four years earlier and even outspends the notoriously lavish 43 billion USD spent on the Beijing Olympics. 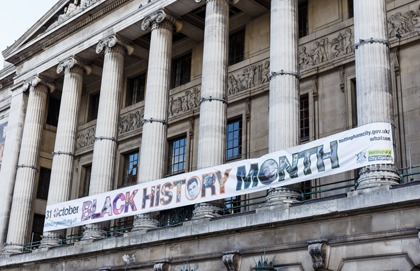 Part of the story behind such expense is that Sochi is situated within a humid subtropical climate, one that is, on average, much warmer than any other host city in the past. Of course, look no further than the fountains of Vegas or the indoor ski slopes of Dubai to see that working "against the grain" of the environment is a pervasive part of all of "our" stories. Yet when given statistics about the waste implicit in such building projects, it's easy to look the other way and allow amazement to overshadow our more critical faculties.

Another part of the story is that Sochi, while a prime tourist destination, lacks almost any infrastructure to handle the hundreds of thousands who will arrive for the games. Of course, the influx of cash from the Olympics might help offset the costs (although many countries who have hosted the games might claim otherwise). But the Games, as has been documented, are being built upon the backs of cheap, and sometimes illegal, migrant labour. Stories of shoddy workmanship, corruption, and busloads of illegal labourers who remain unpaid for months are all real parts of the story of Sochi 2014.

And there is more. Take the story of Akhshtyr, a small town situated between Sochi and many of the Olympic venues.  As new road and rail lines are being constructed, this small town, which unfortunately lies in the path of development, has been cut off from water and roadways for several years. The inhabitants have also been eyewitness to massive illegal dumpsites from the Olympic construction that have contaminated their water supply.

Of course, once the festival begins, most of these stories will be tidily swept from our minds as we become consumed with our respective countries' abilities to attain those elusive gold medals.

As I get caught up in the Winter Olympics this year, as I almost inevitably will, LeGuin's narrator's incessant questioning—Do you believe? Do you accept the festival, the city, the joy? No?—invites pause for remembering. Is Omelas simply "a city in a fairy tale, long ago and far away, once upon a time," or is it right in front of us all the time?

Look at the life expectancy of the average NFL lineman or at the working conditions of textile labourers in Bangladesh. Look at the toxins in the aquifers and the rubbish heaps where many earn livings worlds away.

As LeGuin's story concludes, she mentions that there are a few, a small minority to be sure, who confront the child but can't forget. They are no longer at ease in the old dispensation; their happiness is tainted. They are the ones who will eventually walk away from Omelas.