The Vatican is caught between the rock of the rich and the hard place of the poor, and between the work of theology and political advocacy. Its calls for global financial reform are taking on starker, more particular tones, to the unease and dissatisfaction of many, and the growing relief of more. The Vatican's perspective on the global economy is, in short, exposing the deep fault lines in both the financial infrastructure of the world, and the theological practice of the Church.

Vatican foreign policy has a unique position in the global economy: unlike other developed powers it has less of a stake in the maintenance of the financial architecture that led to crisis and disparity, and an increasing interest in reformation and renovation for the developing world. Catholics aren't as rich anymore, or not as rich as they used to be. The Vatican that used to revolve around power and privilege of the bourgeois Middle Ages has long since atrophied. The material rich, secular global north is bleeding its spiritual authority, as the fulcrum of religious power shifts to the losers of this centuries' financial order. Writes Samuel Gregg in Foreign Affairs: 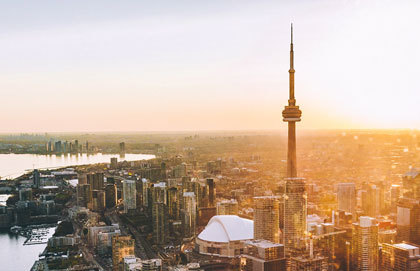 While the Church's senior leadership is disproportionately European in composition, the Catholic Church's epicenter in raw numbers has shifted to the developing world. According to statistics contained in the Vatican's 2011 Annuario Pontificio, European Catholics now account for just 24 percent of the world's 1.18 billion Catholics. In 1948, the equivalent was about 49 percent. Today, almost 50 percent of all Catholics live in the Americas, and most of them south of the Rio Grande. Demographically, the European Church has stagnated for three decades. But its expansion in Africa, Asia, and Latin America in the same time period has been staggering. Between 2005 and 2009 alone, the number of African Catholics grew from 135 million to approximately 158 million.

But that shift is not homogenous or straight forward. The response from conservative and libertarian Catholics has been fierce as a battle for Vatican foreign policy is waged between the faithful over the moral architecture of the global economy. Gregg asks, for instance, what stance the Church should adopt toward agricultural subsidies? Many Europeans see subsidies as an essential protection of European food sovereignty. Africans and Latin Americans see EU subsidies as unfair weights and measures, measures designed to blunt the competition of developing countries.

The architecture of global finance is probably the single greatest issue facing the Catholic Church today. Yes, life issues, including euthanasia and abortion. Yes, abuse scandals and other legacies of past mistakes. But those issues are intellectually resolved: the Church knows what it thinks, its' membership is not divided, intellectually or morally on those questions. At least not officially.

On the one hand, the Church advocates a world authority that manages globalization in the interests of economic justice. Yet it is equally committed to open markets, also as a matter of economic justice. Reconciling these two commitments will be this century's major test for Catholic social doctrine. This debate—its resolution, its prayers, and liturgies—will define today's Catholic Church and its prophetic response to the powers of the age. This Vatican, I think, knows that.