There has been, as Sean Speer noted recently in the National Post, a broad consensus in most countries on the benefits of globalization – the ability of goods, people, and capital to flow across borders – since the end of the Cold War. It is difficult to dispute the evidence: thanks largely to globalization, extreme poverty has fallen from 36 per cent of the world’s population in 1990 to only 10 per cent in 2015. Over the same time period, the child mortality rate fell from 9.3 per cent to 4.2 per cent, while life expectancy and incomes have risen.

The coronavirus pandemic, however, has caused, at least for now, some reversals in globalization. Borders have been locked down to control the spread of the contagion. Some imports from China of supplies of personal protective equipment (PPE), such as medical masks and gloves, have proven to be defective.

The result, as Speer wrote in a later National Post column, is that the pandemic “is causing us to rethink many of our economic assumptions,” most notably the “supposed benefits of globalized supply chains.” The column was part of a National Post series on “shockproofing” Canada, which declared that Canada is prosperous because of globalization and trade, but “needs to become more secure by becoming more self-sufficient” in a wide range of areas, including in the production of food, energy, PPE, and pharmaceuticals.

The trade-off, as Speer noted, is between supply chain security and economic efficiency. His “shockproofing” column, which made the case for onshoring the production of PPE to achieve greater security at the expense of efficiency, prescribed subsidies and ongoing government support, as well as “managed trade” (as opposed to free trade) with China to ensure that Canada would not need to rely on imports to be well supplied with PPE.

“Only the most dogmatic libertarians,” he contended, ”are ostensibly going to object to cultivating a PPE production capacity within our borders.”

The objections, however, to more government management of international trade in order to protect domestic manufacturing of PPE, are plentiful and not necessarily dogmatically libertarian. 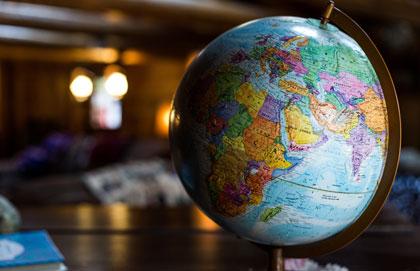 The first and most obvious is that it would be much cheaper and easier to stockpile the supplies than to ensure domestic production capabilities. In fact, the Ontario government did attempt to stockpile medical masks and other supplies. A few years after SARS was over, the province purchased around 55 million N95 masks. The problem was that most of the masks have since expired as the government only budgeted to store, but not manage, the supplies.

Globalization, as the evidence clearly shows, has served Canada well in the past, and scaling it back, however slightly, would certainly mean a hit to incomes and economic efficiency.

At first blush, this government failure might seem like a bad reason to favour stockpiling. But if the government can’t even maintain a stockpile correctly, surely Canadians should have even less confidence in a much more complicated PPE strategy that hands government greater control over domestic industry and international trade by putting government at the helm of a subsidy and regulatory regime. Making sure the government turns its stockpile over often enough to keep the supplies from expiring is not only cheaper than a domestic production strategy, but it also has a much better chance at successful implementation.

The domestic production strategy is indeed almost certain to go awry. If domestic producers of medical masks are going to receive ongoing subsidies in order to achieve “supply chain security” then does this mean all of the firms further up the chain that supply the inputs for the mask manufacturers will receive subsidies too? This would surely touch off a massive rent-seeking competition across the entire national economy as firms grasp for a share of the government handouts.

Moreover, how would the whole thing possibly work? “The full supply chain for anything at all,” as Tim Worstall observed, “is the entire global economy.” Economist Don Boudreaux likewise suggested that “instead of a collection of distinct supply chains, our modern economy is a single globe-spanning web of interconnectedness.” In this light, trying to achieve “supply chain security” isn’t just far more expensive than maintaining a stockpile of medical supplies, it’s also not at all likely to be successful.

As William Watson asked in the Financial Post, if we have a domestic pharmaceutical production strategy, then “which drugs should we either produce for ourselves or be capable of producing on short notice? The WHO publishes a list of 400 essential medicines, with another list for children. Should we onshore our national needs for all 400? How about the inputs to these 400?”

Watson continued: “How much of drug companies’ revenues will depend on government? What are the implications for the companies’ governance, independence and competitiveness? Does the industry become a publicly managed cartel, like dairy or poultry? Or do we set up Drugs Canada Drogues, a Crown corporation, to maintain crisis-level capacity?” And so on goes the list of complicated questions which must be decided by the government, which – to repeat – already has enough trouble trying to maintain a stockpile of medical masks.

There is, in this light, not much of a case for a retreat from globalization, whether for PPE, pharmaceuticals, or anything else. Globalization, as the evidence clearly shows, has served Canada well in the past, and scaling it back, however slightly, would certainly mean a hit to incomes and economic efficiency. Meanwhile, the compensating benefits in terms of improved security would be unlikely to materialize.

Globalization doesn’t always produce perfect results, but it is better than whatever economic structures the government can design and run.

COVID is No Excuse to Close Immigration

Matthew Lau rejects as false and logically faulty the argument that Canada should keep out newcomers until the country’s employment levels return to pre-pandemic levels.