The history of technological progress is littered with innovations that seemed monstrous at first but proved marvelous instead. Soon enough, people lose their scruples, realize how silly their misgivings were, and take these new technologies for granted. Of course, the history of technological progress also includes many innovations the goodness of which remains a matter of debate even after they’ve proven reliable and we’ve become dependent on them. The entire environmental movement is premised on regrets like those.

Foremost among the reasons people might suffer some trepidation about these new vaccines is their very novelty. They have the same sort of purpose as traditional vaccines, giving them a categorical commonality. They are administered in a familiar way; one shot in the arm looks pretty much like any other. But their mechanism—how they operate at the microscopic level—involves elements that are radically different from those to which we are accustomed. This is both something boasted about by boosters and a cause of consternation.

You’re going to inject my cells with artificial foreign genetic materials? To that, some people react, “Wow, isn’t science amazing?” To others, it sounds like mad scientist supervillain stuff—especially given how rapidly and globally everything is proceeding.

Even if you agree that there is every reason to believe them sincere when they report upon the safety and efficacy of this new technology, you have to admit that you wouldn’t be terribly surprised, given how things have been going, if early 2022 brought about front-page stories that read: “There’s no way we could have known, but it turns out….”

I’m not saying that’s likely, but you can visualize the headlines on those spinning newspapers, can’t you? Not because of any conspiracy; only because of tragedy. Tragedy made a big comeback in 2020, disrupting the faith in continual progress to which Canadians are acclimatized by experience and education.

A campaign has been launched to reassure people that even though this technology is new and has never been used on human beings on a global scale before, and even though this coronavirus is indeed novel, and even though it seems like the development, testing, and approval stages were rushed on account of the whole emergency situation, in fact, this technology has been in the works for quite a while already, and so the celerity with which these preventatives were prepared should not astonish.

The assurance surely assuages some people’s apprehensions. To others, however, it sounds more than merely fortuitous that they’ve been preparing to introduce precisely this kind of new technology in expectation of exactly this kind of outbreak. It does not exactly dispel suspicions among those so inclined—even though it is otherwise exactly the sort of thing you’d hope the scientific community labours to get ahead on. If researchers hadn’t been preparing for this sort of outbreak after SARS and MERS and so on, we’d be wondering why not. 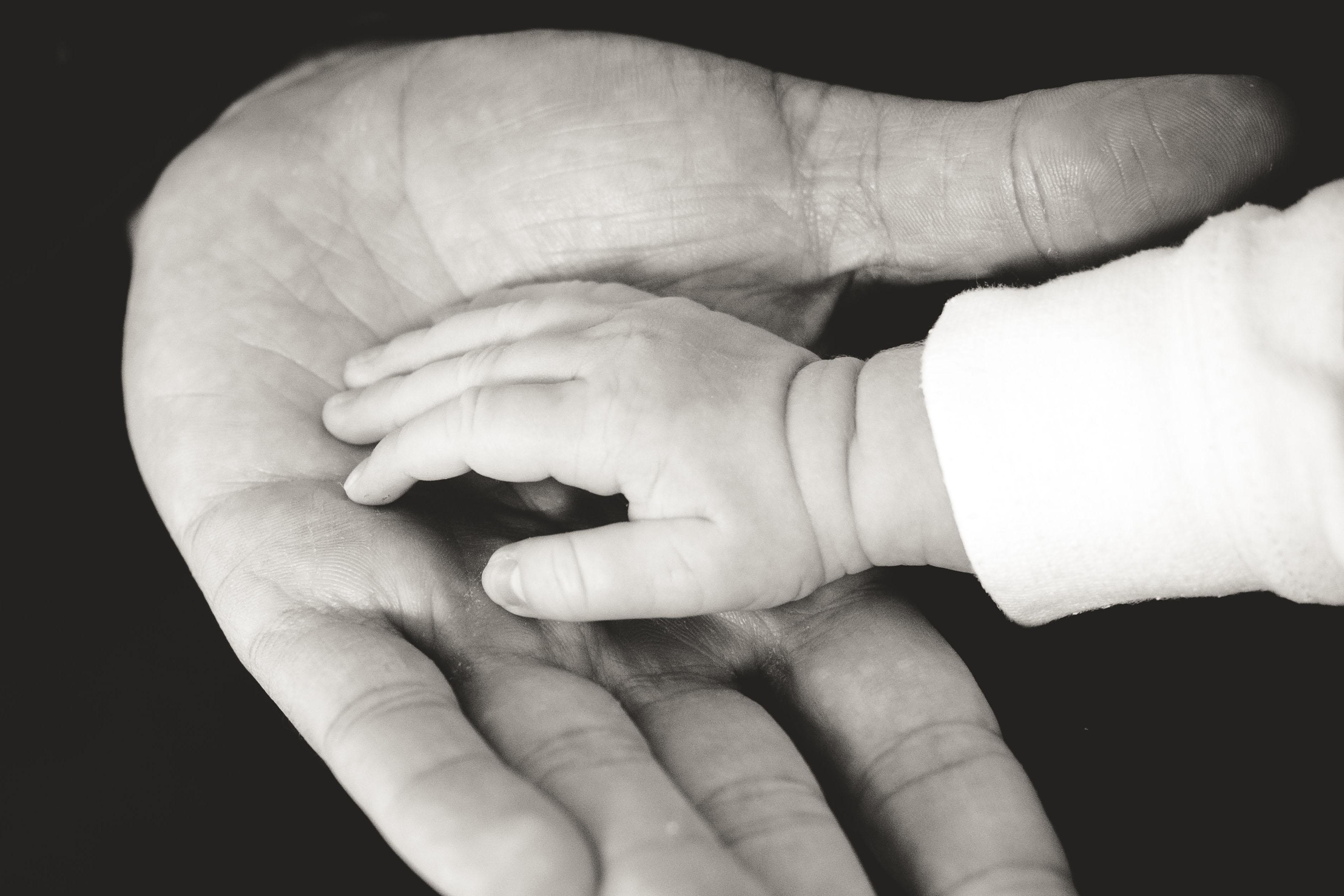 I would not give aid and comfort or credence to contemporary conspiracy theorists. My point here is far more mundane and bite-sized than anything they allege. Nothing I’m saying supposes COVID-19 to be any less of a threat to public health than it is. I would not minimize its effects on our lives. By now most people probably at least know someone who knows someone who tested positive for it or lost someone to it. Plus, the effects of the lockdowns have been real and significant to everyone except the most privileged among us.

It seems lately, however, that anyone who asks even reasonable questions or otherwise wavers or wonders is swiftly associated with kooks and crazies so that they may be readily dismissed and denigrated. So, let me be abundantly clear: I am not here talking about ASD or UBI, fetal stem cells or mystery ingredients, microchips or nanotech, 5G-based mind control or AI overlords, digital currency or social credit scores, infertility or depopulation, Agendas 21 or 2030, Event 201 or 666, the Plandemic or the Great Reset, Freemasons or Zionists, lab accidents or biowarfare, Tic-Tac UFOs or the conjunction of Saturn and Jupiter.

Nothing I’m saying supposes COVID-19 to be any less of a threat to public health than it is.

I certainly do not want to talk about what happens if you chant “Bat Lady, Bat Lady, Bat Lady” into an Erlenmeyer flask in a laboratory lit only by a Bunsen burner. And I cannot seriously imagine that Doug Ford belongs to the inner circle of some global conspiracy. From what I can tell, he’s engaging in what he regards as strong leadership in a time of crisis.

I have no grounds upon which to doubt that the trials performed upon the vaccines were conducted scrupulously. On the basis of the data, it was concluded that the vaccines are safe and effective. I cannot imagine that they would declare them to be so very effective if instead they knew them to be wildly ineffective. The loss of trust not only in these concoctions but in future vaccines and other medicines manufactured by these companies, and in the governments that approved and distributed them, would be costly if their avowed efficacy proved a lie.

As it is, the average person who gets them is soon going to expect that they’ll be more likely to get killed being struck by a shark or bit by lightning than from complications from COVID. There must be good reasons for expressing so much confidence in their effectiveness, even if the experts remind us that they aren’t entirely certain yet how many months of immunity each dose will provide, and we’re already hearing that mutant strains might throw the numbers off of a bit. Let’s hope not. They’ve already promised us that these aren’t your granddaddy’s flu shots.

That said, my hunch is that as disappointed as people would be if the vaccines aren’t as effective as advertised, they’ll be more forgiving of that outcome than if they prove less safe. Where people have their reservations, it’s mainly on the safety side of the equation. Of course, it is difficult to imagine that they would release the vaccines and assert them to be so safe if they knew that they were not. Consider how many people—from the labs that do the R&D, within the companies that do the marketing, through the independent trials and public sector approval processes, across many disparate regimes and jurisdictions—who would have to be incompetent, intimidated, manipulated, corrupted, or otherwise sabotaged, in order for vaccines known to be unsafe to be deployed and employed worldwide.

Even if you wanted to cast some eminent physician, philanthropist, or foreign leader with puppets in international organizations as a diabolical mastermind, that’s a heck of a lot of other people you would have to figure belong to an underground death cult ideologically committed to crimes against humanity in order to pull off something on that scale. It’s hard to fathom.

Even assuming that it is completely true that the vaccines for COVID are entirely safe and effective, as far as anybody knows, I confess that I find it rather off-putting how often I’m being told that they’re safe and effective. The phrase’s constant repetition gets creepy and cringey. It’s almost as off-putting as the ceremonial exhibitions in which preeminent personages make public spectacles of their injections.

I find it rather off-putting how often I’m told the vaccines are safe and effective.

Not that I think anyone directed everybody to use the expression. That would be batty. But the expression itself seems contagious. It even has an infectious rhythm—the same comical rhythm, in fact, as “shave and a haircut.” (It only needs a forceful two-syllable response.) In an unfortunate coincidence, that’s an expression often associated with shadowy types like spies, serving as code for “Let me in.” It begins to sound like a prayer or a mantra, perhaps even a spell to a generation raised on Harry Potter—words designed to operate upon your mind, soliciting your agreement and binding your will. Fidus et validus! Whoosh! If anything, it’s evidence of one eternal truth: Faith comes by hearing.

Read part four of Convivium's COVID-19 series: Submitting to experts in a time of deep mistrust.