Earlier this fall, a new book by radio host, writer, and Canadian storyteller Stuart McLean was released: The Vinyl Café Celebrates. Despite the fact that McLean passed away several years ago, his posthumous book includes the unexpected treat of 10 new stories. I didn’t know they were coming, but I am glad to have them.

Most Canadians have their Vinyl Café memories. For me, it was coming back from running errands or grocery shopping on Saturday afternoons, when Vinyl Café was on. I’d often end up idling on the driveway in front of my townhouse to finish the latest story, grinning stupidly at my steering wheel. Such was the intimacy and immediacy McLean’s magnificent voice engendered that when he died in 2017, I felt sadness for the storyteller I’d never met—and when the final Dave and Morley story aired months later, it felt like the end of an era, the last hurrah for a public broadcaster that had long since given up representing all of Canada.

Stuart McLean, I would posit, compares only to Pierre Berton in his status as one of Canada’s primary narrators. Liberal, yes—he was on the CBC, after all—but not belligerently so. McLean championed diversity as a Canadian reality rather than as an ideological hobby horse, visiting small towns and their subcultures; forgotten villages and their weird landmarks, local traditions, and peculiar peoples. The “importance of being unimportant,” he liked to say, was Canada’s real story, and his live shows and 1992 book Welcome Home: Travels in Smalltown Canada tell those stories as close to perfect as one can hope to get.

McLean’s voice was a companion for countless Canadians on cross-country road trips, and his cadences, his deliberate pauses, and his audible grins became for many a part of the landscape.

It was his famous Dave and Morley tales, too. Their genius was not the cliché slapstick humor or the occasionally tiresome over-the-top antics, but the fact that McLean took the universal, mundane experiences of everyday life and turned them into touching hilarity. McLean tackled the struggles of relationships and retirement; the happiness and heartbreak of watching children grow up; the nostalgia of dying communities “back home” that were once so vibrant; the history of the places where people put their roots; and the most universal of all human experiences, grief and death.

McLean’s stories are so filled with detailed backstories and keen observation of human feelings and foibles that I often wondered if they were true—or at least, partly true. When I had the opportunity to fly to Cape Breton to give a lecture, I took a detour on my way to see the Fortress of Louisbourg to swing through Grand Narrows, upon which Stuart McLean purportedly based Dave’s hometown of Big Narrows, Cape Breton, Nova Scotia. It felt familiar, somehow.

McLean’s voice was a companion for countless Canadians on cross-country road trips, and his cadences, his deliberate pauses, and his audible grins became for many a part of the landscape. I feel a strange kinship with McLean—strange, considering the fact that he saw Canada as the travelling host of a CBC show and I have crisscrossed the country as a pro-life activist. But the reason his work rings so real to me is that so many of his experiences in “real” Canada echo mine, and so many of his ruminations on our small towns perfectly encapsulate my own experiences over the past decade. From Victoria, British Columbia to St. John’s, Newfoundland, I have found what McLean found—although, admittedly, from a different vantage point. 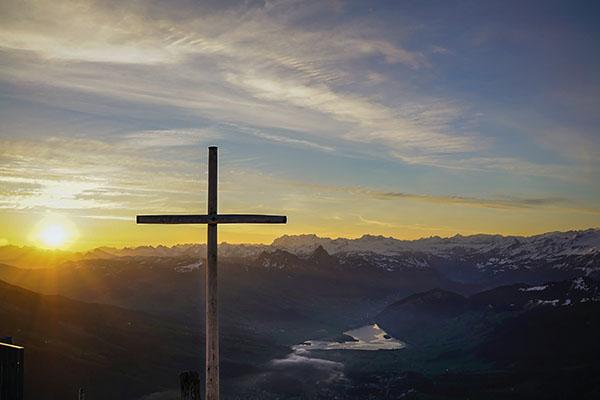 As a full-time pro-life activist and writer, I’ve spent much time in small towns, where our movement finds its roots among the ordinary people who still hold to the old ways in a culture that has changed beyond recognition. I recall speaking at a Right to Life banquet in Estevan, Saskatchewan—population, 10,000. It was one of those Prairie towns where everybody knows everybody, where people still live within shouting distance of where they were born, and where the local pro-life dinner is so uncontroversial it was advertised everywhere from the leisure center to the storefront window of the local pharmacy. Reporters from local radio and TV were at the dinner; a family sang songs with the violin and piano; and afterwards a local pilot flew me to the Saskatoon airport—and even let me fly awhile.

In Kirkland Lake in Northern Ontario—population, 7,000—the couple who picked me up at the tiny airport took me on a tour of the old mining town that had fallen on hard times. Nearly half of the picturesque storefronts were boarded up and a pub that had burned down the year before still sported a charred black skeleton of a roof. It wasn’t worth getting it fixed, as the customers had long since moved away. But the old gentlemen pulled over at the side of the road and beckoned me out of the car so that I could look at Kirkland Lake’s new pride and joy—a recently constructed indoor pool. He was incredibly pleased with his community’s new attraction and told the little group that gathered at Crabby Pattie’s Cafeteria that evening that he’d been sure to take me by.

When I first arrived in St. John’s, Newfoundland, it looked exactly as Stuart McLean had described it. Fog hung everywhere but failed to dampen the ubiquitous cheery courtesy. The houses painted with irrepressible yellows, blues and reds shone through the grey, some of them almost dangling over the harbor. The pro-life activist who picked me up at the airport proudly informed me, in that inimitable manner of speaking that Newfoundlanders have, that everyone knows everyone here. My colleague mentioned a friend of hers that used to live here—after thinking for a moment, he knew the family.

In fact, I’m told that the woman who began the abortion clinic in St. John’s was the daughter of a member of the Right to Life Association. She walked past her mother, the woman who gave her life, on her way into work to engage in the business of ending the lives of others. It makes the situation seem more personal, somehow. And it is. Everyone knows each other here. Some girls walking into the sad white house that serves as a clinic see the pro-lifers standing outside offering help; some stop; some change their minds. Lighthouses still shine through the fog.

It is the same on Prince Edward Island, the land of Anne of Green Gables, that beautiful and irrepressible redhead who is everywhere here. And as I spoke with men and women who’d been in the movement for decades, one grandmother grasped my hand in both of hers. “It’s all worth it just to save one baby,” she told me fervently. So it is, and a quote from the famous orphan girl came to mind. “Kindred spirits are not so scarce as I used to think,” she remarked. “It’s splendid to find out there are so many of them in the world.” I found many warm hearts in wintry, frozen Charlottetown. Perhaps some of the folks listened to Stuart McLean. Probably they did.

McLean’s stories always managed to largely ignore politics and focus on people and the fascinating normalcy of their lives.

McLean’s monologue on Winnipeg is wonderful, but it would have been a lot better if he’d had my experience. When I arrived in the city to speak at a pro-life banquet, I discovered that my hosts were actually related to Winnipeg’s most famous son, Louis Riel—a portrait of Riel’s younger brother hangs in the kitchen of his great-great-granddaughter, who has handwritten documents from the famous rebel himself. The day of the banquet happened to be the 134th anniversary of Riel’s execution for his role in the Red River Rebellions on November 16, 1885, and my host took me to a ceremony of remembrance at the cemetery where Riel was laid to rest in front of the St. Boniface Cathedral. Men and women in traditional Metis garb clustered around his grave, surrounded by the headstones of other titans of Manitoba’s history. It was cold, but as ice floes inched down the Red River just across the road, I felt the truth of Faulkner’s greatest line: “The past is never dead. It’s not even past.”

There are countless other memories, too. From Chilliwack, B.C., through the Rockies and out onto the prairies, four seasons in a single drive. Covering every inch of Alberta, from Medicine Hat to Red Deer, from Three Hills up to Calgary, past shining ponds and fathomless blue skies above vast seas of grass, through little towns with little restaurants and cafes, filled with people living out the importance of being unimportant. On my latest drive, my colleague and I popped in the CD “Postcards from Canada,” turned on the player, and the voice of Stuart McLean, gone only four years now, once again filled the car. It felt right.

Maybe if Stuart McLean had lived longer he would have gone woke, too, and dedicated his show to non-binary immigrants or gender-nonconforming intersectional minorities that his beloved CBC seems so adept and finding and profiling with great solemnity. But he didn’t, and thus his life’s work is still a snapshot of Canada before it changed the way that it did. Sure, some of it was happening all along. But McLean’s stories always managed to largely ignore politics and focus on people and the fascinating normalcy of their lives. Stuart McLean understood the importance of being unimportant, and we loved him for it.

Photo by Tim Foster on Unsplash.com

The Spiritual Solution to Residential Schools

From a profound Christian faith, Residential School survivor Chief Kenny Blacksmith believes true healing will come not from politics but from paying our debt to God, Jonathon Van Maren reports.