While at the Ontario Institute for Studies in Education (OISE), I got to know a history teacher during my first placement who was a passionate and self-proclaimed Marxist. She loved to talk about the inequality and injustices that plagued the city, the province, the country, and, well, the cosmos. Being much more sanguine about free markets and, let’s say, a lot less so about Marxism, I asked her one morning if she wouldn’t mind splitting her paycheque with me, or at least some of it. From all accounts, she was doing quite well sitting atop the Ontario public school teacher pay-grid, making around $90,000 a year, while I was paying to teach a full load and, thus, a relative pauper. From my lowly vantage at the time, she was rich. Now, would she share the wealth?

No. Turns out, she wouldn’t. I never got a cent.

I think back to this moment when I think of the current problems facing Ontario’s higher education landscape, troubles that reverberate well outside our province and our country. Despite the social justice papers that speckle their hallways and the numerous public and private lectures on the horrors of wage inequality, most universities seem incapable of recognizing the pernicious hypocrisy of being increasingly built on the backs of a large and growing class of precariously employed sessional instructors, graduate students, and adjuncts.

Well, just like that teacher, when push comes to shove, practices always betray principles. And such rifts between practice and principle matter. This is true for individuals, and it’s also true for institutions.  But what’s different is that for the university today, such hiring practices are completely in accord with the economic principles that have grown alongside, and arguably usurped, educational principles.

And this has affected so much more than hiring. Academic research is now quantified into “publishable units,” students are thought to be “primary customers,” and knowledge is just one of several “consumable goods” and “fungible assets” that universities deliver. I’ve sat in meetings where none of the seemingly requisite shame attends such abuses of language, people, and things. 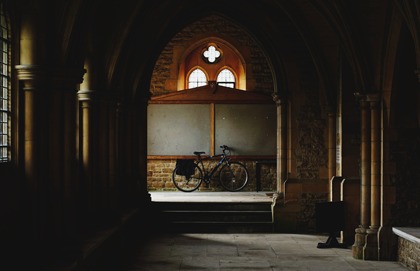 But this is what we’ve come to accept and expect of higher education as a for-profit enterprise. And, true enough, the stats show that universities are still—for now, at least—the access tickets to moneymaking careers, power, and privilege. They are still the gateways to influence in our social order.

Going forward: boards, senates, professors, and students need to be reminded just why a university is not a Costco.

Because of the mission drift of our higher education institutions, non-tenured educators and labour unions have a much more difficult time arguing their case for fair wages and secure positions. They, too, are caught in the churn of competition. Because a precariously employed class of educators is hard to argue against from an economic standpoint: It does make a certain kind of “good” economic sense. Cheap employment increases profits and efficiencies, publication outputs and brand recognition go up as you free up the (too) highly-paid tenured researchers to crank out their publishable units in the hopes they also land in journals with good branding. And with investments in sport facilities, concert halls, rock-climbing walls, and food courts, the student-consumers have almost never been so happy (well, when they are not barred from the school due to these intrusive labour negotiations): so why bother about those freelance pedagogues hanging on to their jobs by the skin of their teeth? Surely they can go elsewhere with their wares?

And, of course, they can, and have, and, I would argue, should. But my point is that the tenuous teacher, while economically sensible, is educationally ludicrous. As are so many other things in this arrangement: massive seminar classes of several hundred students; open online courses that promise to transcend human limits of time and space – and do precisely that; the scads of “academics” only one or two years outside of their undergraduate degrees who shoulder the lion’s share of academic teaching; and the esoteric nonsense published in so many niche journals communicating almost nothing to almost no one. But who’s going to argue when the customers keep paying. They are always right, right?

And this is not to say that the economy or the government have no role to play in universities. They do. But neither one provides a sound orientation or set of guiding principles for a place of education and what it should be. Transmitting knowledge, wisdom and, dare I say, virtue, to the next generation are increasingly the accidental by-products of a system now understood to equip individuals for careers (the more useful, the more lucrative, the better). And if the nation or the province’s GDP goes up, they’ve done their job. Our universities and colleges, then, are increasingly institutions of the market and for the market, of the State and for the State. A large part of me thinks we deserve this mess. We should expect so much more.

But what can we do? Perhaps we need a public discussion around just what our universities are for.  Idealistic as this may sound, I would argue they are primarily institutions unique in their ability to bring young women and young men into the disciplines and rigours of an examined life, into the habits of careful thinking and confrontation with different approaches to the world, into the long conversations that precede us about all that is true, good, and beautiful—not to mention what is devious, evil, and ugly—in this strange world in which we find ourselves alive and full of wonder. To speak in terms of salary prospects, as we so shamelessly do, is to welcome a certain crassness that is likely not befitting such institutions, and definitely not befitting something as marvelous as we humans seem to be.

Going forward: boards, senates, professors, and students need to be reminded just why a university is not a Costco. This will require, among other things, ending our enslavement to the language of the market. Further, it will mean beginning the work of ending our insatiable desire for more and more wealth, individually and institutionally. Finally, we need academic governing bodies who understand this, and are able to steward such principled missions with integrity and with vigilance.

Only then, I think, do the precariously employed educators worth their salt even have a leg to stand on in justifying why their security is, indeed, a truly educational good.

How Institutions are Born (sort of)

If local people have no access to education and nowhere to collect and share their knowledge, then establishing a college that grows from that local soil by using local resources makes sense ...

The problem, though, is that for many the loftiest ideal for education is job creation So what if we went even deeper or bigger? What if we could, in a move that might be so countercultural and subversive that it would blow even a few of our private Christian institutions away, recover the ideal tha...