Last week on the Cardus blog, Jamie Smith's look at the rising generation whose local acts of kindness may, in some instances, signal a retreat from the more "macro" tasks of civic engagement, raised questions about how one best goes about engaging our culture. Do we seek the top-down change from Ottawa (Washington) or the bottom-up change in our neighbourhoods?

I wholeheartedly agree that this is not an either/or scenario. However, acting locally—that is, in a particular place and time—should not be misconstrued as dreaming small.

Dreams, or visions, should be the big pictures that guide the smaller actions of their adherents. A quick look at some examples of the created limitations imposed upon our sight and our ability to act might show that it can't be any other way.

If you've ever climbed a mountain, you'll know that feeling you get when you've reached the peak and you look down from where you've come. Individual trees that once loomed as you zigzagged up switchbacks are nothing more than a distant smudge of green at the tree line far below. As awe-inspiring as the view might be, the experience speaks to an ineluctable limit of our vision: to see the whole, the particulars must lose their particularity. 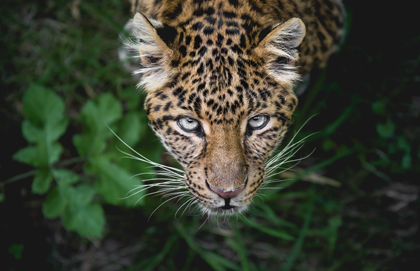 In 1990, the engineers and controllers of the Voyager 1 spacecraft experienced such limits to a far greater degree than any mountaineer. Back then the spacecraft was a measly 6 billion kilometers from the earth (today it's at about 1.8 x 1010 km and counting) when its cameras were turned back into its wake to capture stunning images of our silent planet. From such a vantage point, the earth looked, as Carl Sagan famously put it, like "a mote of dust suspended in a sunbeam."

Sagan would go on to reflect upon how this large glimpse at our smallness should move us—no, not towards a collective assuming of the fetal position, but to a love of our planet as an interconnected whole. Why? Well, it's all we've got:

There is perhaps no better demonstration of the folly of human conceits than this distant image of our tiny world. To me, it underscores our responsibility to deal more kindly with one another and to preserve and cherish the pale blue dot, the only home we've ever known. (Pale Blue Dot: A Vision of the Human Future in Space)

Sagan's hope for increased responsibility, morality, and ethical living are all good things for which his worldview gives no proper foundation; however, this clarion call to live the good life, as steeped in quasi-mystical, quasi-religious language as it is, is shared by many who now have access to images of our earth that Dante could only imagine.

But already the duplicity of the word vision is apparent: it is both the vision of the astronaut as well as that of the mystic or prophet, the vision of the one who sees the earth from a spatial distance and the one who sees the better society from a temporal distance. Yet the limits upon both types of vision are similar. Their size demands a certain fuzziness, a certain blurring of distinctions. The generalized and abstract "big picture" can only be realized, that is, made real, when the particulars come into focus. Space must give way to places, humanity to humans.

So it seems that the first step to realizing big dreams involves a coming down, a grounding in a particular here and now. Wendell Berry, a Kentucky farmer and man of letters whose work focuses upon a call to meaningful and loving action on the earth, repeatedly argues that an abstract love for the whole must give way to action in the particular; he writes that our love for the world cannot be "any kind of abstract love (adolescent, romantic, or "religious"), which is probably a contradiction in terms, but particular love for particular things, places, creatures, and people, requiring stands, acts, showing its successes and failures in practical or tangible effects" ("Imagination in Place).

Small actions in particular places that are motivated by big dreams are difficult, to be sure. P.J. O'Rourke once quipped: "Everybody wants to save the world, but nobody wants to help mom with the dishes." Yet the truth remains, the big dream is good despite the challenges of particular responsibilities.

The language of cultural transformation and culture war is now passé, and perhaps rightfully so if we are to remain free of hubris and to live the truth in grace, in humility, in love. But if we are to tread lightly in our particular places, we should still carry a big dream. Indeed, to dream small would surely be a rout.