Tom Wolfe died on Monday. For those who aspire to cultural commentary, either in journalism or in novels, there was no one quite like him, who wrote both.

As a journalist he published collections of essays with titles such as The Kandy-Kolored Tangerine Flake Streamline Baby, The Electric Kool-Aid Acid Test, and Radical Chic and Mau-Mauing the Flak Catchers. So strange was that kind of journalism that it became New Journalism. Wolfe explained that it “meant writing nonfiction, from newspaper stories to books, using basic reporting to gather the material but techniques ordinarily associated with fiction, such as scene-by-scene construction, to narrate it.”

Wolfe’s distinctive style disguised the enormous work he did as a reporter, employing the gift he had to notice – and describe – just about anything so that his readers would never quite look at it the same way again. The 1970s as the “Me Decade”, the “Right Stuff”, “Masters of the Universe” are all phrases that Wolfe added to our cultural analysis.

The last is from Bonfire of the Vanities, his first novel, published when he was already in his late fifties. His novels had rather plain names compared to his essay collections – A Man in Full, I Am Charlotte Simmons, Back to Blood. But their reach was extraordinary, massive tales told about New York, Atlanta, the elite university campus and Miami. He noticed what others noticed, but mostly noticed what they didn’t notice. And then he wrote about it like no one else ever did.

“I might as well be the village information-gatherer, the man from Mars who simply wants to know,” Wolfe wrote, describing the curiosity that all reporters need. “Fortunately, the world is full of people with information-compulsion who want to tell you their stories. They want to tell you things that you don’t know.”

Wolfe in turn, having observed what they did and heard what they said, then held up a mirror so his subjects could see themselves more clearly than ever. But it was so much more comprehensive than just a mirror, more like a 3D medical image lavishly set as a stage production.

Back in 1970, New York magazine published an issue entirely given over to Wolfe’s 20,000-word essay about a fundraising dinner for the Black Panthers at the Manhattan penthouse of Leonard Bernstein, the conductor of the New York Philharmonic. The self-congratulation of New York’s ultra-rich for their ostentatiously progressive politics was ripe for ridicule, and Wolfe served it up, beginning with the hors d’oeuvres.

“Do Panthers like little Roquefort cheese morsels rolled on crushed nuts this way, and asparagus tips in mayonnaise dabs, and meatballs petites au Coq Hardi, all of which are at the very moment being offered to them on gadrooned silver platters by maids in black uniforms with hand-ironed white aprons?” Wolfe asked.

He did not confuse being serious with being somber, and operated on the premise that if you were going to read 10,000 words or 700 pages, it would be okay to have a little fun along the way.

If you were bothered by people who notice gadroons, or bothered because you had to look up what it means, or couldn’t be bothered to learn a new word – well, then, Tom Wolfe was not for you. But for many he was, and his novels earned him a lifestyle not unlike the status-conscious New Yorkers whose pretentions he exposed. He was sufficiently self-aware to notice this, styling his distinctive white-suited sartorial style as “neo-pretentious”. 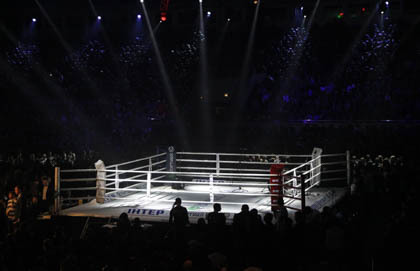 Wolfe’s novels were, well, big. I read only two of them, Bonfire of the Vanities and I Am Charlotte Simmons. The latter is the best book I never could recommend. It details the consequences of the debauched campus culture at Dupont University – a mix of the Ivy League, Duke and Stanford – on a freshman student whose struggles leave her distressed and depressed. It anticipated by a decade the anxieties today on campus about everything from mental health to rape culture.

It was a necessary read, but one that I could hardly recommend. Consider how Wolfe described Bernstein’s gadrooned offerings, and then imagine how he might describe sex at a frat house keg party. I learned a more than a few words that I wish I hadn’t.

I Am Charlotte Simmons got comparatively poor reviews. It wasn’t as good as Bonfire, but then undergraduates in search of status and beer and sex are not as interesting as the 1980s intersection of money and power and celebrity that gave us – published in the same year – Donald Trump’s The Art of the Deal.

Yet the negative reviews were also predictable. The fashionable media and literary class were quite happy for Wolfe to satirize Wall Street and huckster activists, but they found his lacerating of the elite university campus as a place of faux-learning and crude rutting hit too close to home. Wolfe of course was accurate in what he reported; now universities employ legions of people to deal with the human debris that litters a typical campus.

Reading it at the beginning of my work as a campus chaplain made clear i) the urgency of my work, and ii) that I had no enduring competition from the dominant campus culture, which destroyed much and offered little.

Tom Wolfe was entertaining, which made him suspect to a certain kind of Serious Writer. He did not confuse being serious with being somber, and operated on the premise that if you were going to read 10,000 words or 700 pages, it would be okay to have a little fun along the way.

In 1999, the last year of Firing Line, William F. Buckley, Jr. had Wolfe on, inquiring how it was that he could write “as he dressed!”

Wolfe had an industrious curiosity. The information he gathered was important for others to know. It’s a good description of the vocation of journalism.

“I have worked for 10 years on newspapers, always as general assignment reporter, which is the lowest but also the best rung in the newspaper business,” Wolfe explained to Buckley. “You’re not stuck on any sort of beat. You are sent out to cover a police story one day, and to do a feature story on a man who has a 103-year-old turtle the next day. You see all of these sides of life. And by-and-by you learn that reporting is not a skill.”

“It is not a skill?” Buckley interjects.

“It is not a skill, it is an attitude,” Wolfe replies. “And the attitude is, ‘I have the right to get information from you to which I am not entitled.’ That’s the heart of the attitude of the reporter.”

Often the most important information that people need to know is that the emperor – the radical chic wealthy liberals, the Wall Street financiers, the tenured academic establishment – has no clothes. But even if he did, no one would describe them better than Tom Wolfe.

The Educational Apocalypse of Google

Convivum contributor David McKernan wonders whether the traditional understanding of university education is being sacrificed to the false god Google.