In a truly pluralist democracy, acceptance of difference must include the right to hold different theological and different ethical and moral positions even when they go against the prevailing spirit of our age. So long as these views are held and advanced peacefully and do not advocate physical violence that would violate human dignity, they must be allowed to inhabit the public space.

We must reject an illiberal totalitarianism that seeks to establish socially correct and acceptable beliefs treating any peacefully held contrary view as deviant and something to be silenced. There must be no totalitarianism of accepted belief or accepted opinion in our country.

It is not by sheer accident that freedom of religion or conscience appears as the first fundamental freedom in s. 2a of the Charter. If a citizen does not enjoy the foundational freedom to live and exercise religious beliefs both publicly and privately, and to have this freedom vigorously defended by all of our institutions, then we cannot build a truly pluralist and diverse society where difference is viewed in a positive light.

A true pluralism must embrace and enable difference, but not simply a subset of differences that may be permitted and emboldened by a given set of elites at a given moment in our history. This is an illiberal pluralism that embraces a closed secularism where the state imposes values and dictates what religious beliefs are publicly permissible.

To paraphrase a prominent Catholic bishop: “Democracy has many merits, but it does not determine the truth.”

The freedom to practice one’s deeply held religious faith both publicly and privately is a freedom that implicitly advances and supports this true pluralism by protecting and continually upholding difference. To champion religious freedom is also to implicitly accept that there are those in our common life who will hold and will promote beliefs, theological and philosophical, moral, and ethical, that many of us will vehemently reject. And that’s okay. It is the proper role of the State to ensure that no one religious belief system, or for that matter a secular belief system, dictates what one must believe and what one must do. 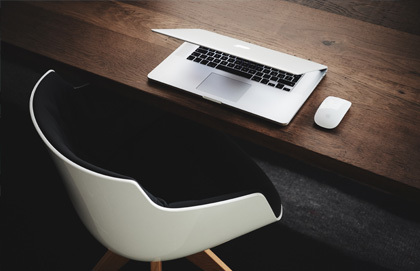 Freedom of religion or conscience is essential in the development and defence of a diverse society where human beings are able to flourish and have their dignity acknowledged.

It can be argued that these questions define the relationship between religious freedom and human dignity. If our concept of freedom is purely one of economic, social, and/or political freedom divorced from this existential freedom then our participation in society will be frustrated. How we understand ourselves in a metaphysical sense cannot be divorced from our political, social, and economic selves. Indeed, in most of the world religious faith defines political, social, and economic action. All of these freedoms speak to human freedom itself and its defence so as to enable human flourishing.

If Muslims, Christians, Sikhs or Jews…are constrained in living out their faith through practice, they will become increasingly marginalized and our society will be increasingly atomized. The marginalization of people of faith and the diverse beliefs they profess can have two consequences, both of which hamper the further strengthening of our common life:

The State that acknowledges and respects religious freedom as being intrinsically linked to human dignity is a State that upholds true religious freedom. It respects the sovereignty of religious bodies and faith communities to exercise faith freely and in good conscience in both public and private lives. Likewise members of all faith communities must respect the values of our liberal democratic society, in particular the rule of law exercised by the state insomuch as those laws are just, do not counter the moral law, and are ordered towards the common good and the flourishing of all members of society.

A true pluralism respects disagreement, often profound disagreement, between people of different faiths, ideologies, and backgrounds. In building our common life we must seek to build a society in which people flourish and are able to live their lives of faith fully, both publicly and privately. In building this common life there must be the space to differ and not to defer, to have the freedom to live a public faith and not be driven to privatize one’s faith in order to be accepted in the public square.

A liberal democracy needs to be strong enough in its embrace of the rule of law, freedom, and human rights to guarantee that religious differences and differences in belief more generally - differences that often have sharp edges - can exist.

A liberal democracy protects and opens wide the public square for these disagreements to exist. The public square also beckons us, calling us to meet each other there, in our differences and our diversity, and to there encounter our shared humanity in solidarity with one another.

In the wake of the homicidal attack on a mosque in suburban Quebec City at the end of January, Convivium Publisher Peter Stockland spoke with Cardus’ Andrew Bennett, Canada’s former ambassador for religious freedom, about the cultural signs such violence illuminates. Bennett is blunt: Canada has a religion problem.