George Leslie Mackay, the legendary Scottish-Canadian missionary who introduced Christianity to Taiwan and founded the Presbyterian Church of Taiwan in the 19th century, would be proud.

The East Asian country, 180 kilometres off the south-eastern coast of mainland China, is a bulwark of democracy and haven of religious freedom in a region where severe persecution of faith communities and political dissidents by authoritarian regimes is the norm.

Taiwan has no restrictions on religion. About 35 per cent of its 23 million people are Buddhists, 33 per cent are Taoists, and five per cent are Christians, according to a 2017 study by the US government.

The island nation, which enjoys de facto independence, but lives under constant threat of annexation by China, recently hosted two international conferences on religious freedom in less than two months.

Undeterred by any retribution from China, Taiwan’s President Tsai Ing-wen addressed both conferences, affirming her country’s firm stand against restrictions on religious freedom and voicing her support of victims of persecution.

The first of these conferences was “A Civil Society Dialogue on Securing Religions Freedom the Indo-Pacific Region,” organized by the Taiwan Foundation for Democracy, the American Institute in Taiwan (AIT), the International Religious Freedom (IRF) Roundtable, and the IRF Secretariat. Held in the capital Taipei, sponsored and supported by Taiwan’s Ministry of Foreign Affairs and the U.S. Department of State, the event drew delegates from 15 countries. There was a line-up of high-profile speakers such as US Ambassador at Large for Religious Freedom, Sam Brownback, though I’m reliably told there were none from Canada.

“People across the globe are oppressed, brutalized, and in some cases killed for seeking to practice their faith or live according to their beliefs or conscience,” Brownback said in his keynote address. “Others face persecution, discrimination, and harassment. We cannot let this continue.”

The ambassador went on to say: “In China, authorities have arbitrarily detained more than 1 million Uyghurs, ethnic Kazakhs, and other members of minority Muslim groups in internment camps since April 2017. Tibetan Buddhists are not able to select, educate, or venerate their religious leaders without government interference. House church (Christian) leaders are detained and their churches are shuttered in accordance with tightened restrictions on religion enforced by the Chinese Communist Party. And Falun Gong practitioners are reportedly tortured and detained by the Chinese government.”

Taiwan is clearly making a heroic effort to promote religious freedom around the world, and deserves to be supported by all freedom-loving nations including Canada.

Adding that: “Promoting religious freedom worldwide is a top foreign policy priority for the United States, and certainly for this administration,” Brownback issued a call for all like-minded governments and civil society organizations to work together to stop the scourge of religious persecution.

His visit to Taiwan coincided with the 60th anniversary of the 1959 Tibetan rebellion and ensuing crackdown by the Communist Party of China that resulted in the Dalai Lama fleeing his homeland.

The “black-bearded barbarian” —as the Ontario-born Mackay was initially dubbed by the natives of Taiwan (then called Formosa)—would have approved of the conference proceedings. 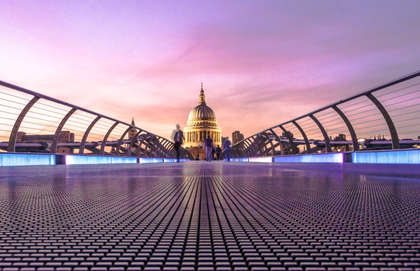 Canada Missing in Action on Religious Freedom
Is Canada Deaf to Religious Persecution?
The First Freedom of the Human Soul

He probably would have been ecstatic had he been present at the second event, the Taiwan International Religious Freedom Forum, co-hosted by the Presbyterian Church of Taiwan, and several Taiwanese and international  NGOs. He was, after all, the founder of the Presbyterian Church of Taiwan, and the Forum, with its theme of “Rising to the Challenge” was held at the Presbyterian Bible College in the city of Hsinchu. (Mackay knew a thing or two about challenges, as he arrived in Taiwan in 1871 without knowing a word of the native language, but went on to become one of the most successful missionaries of the 19th century.)

“The freedom we enjoy today is built on the blood, sweat, and tears of our predecessors,” President Tsai told the gathering of delegates from 27 countries. “So, we in Taiwan know better than anyone how precious freedom is.”

Tsai went on to say: “Religion teaches us that loving kindness counters anger. I truly hope that all of those who care about freedom, democracy, and peace can come to know each other better through dialogue. We can work together to achieve global religious freedom.”

The Forum addressed religious freedom violations not only in China but also Myanmar, Indonesia, Malaysia, Nepal, Nigeria, the Middle East and North Korea.

With no fear of being politically incorrect or offending his constituents, Taiwan’s Vice President Chen Chien-jen, a practising Catholic, referred to his Church’s social doctrine at the press conference that concluded the Forum.  “We must seek and serve the least of our brothers and sisters with love and virtue,” he said, adding that Pope Francis has urged Catholics to “stand up from behind their walls and not be afraid of getting their hands dirty, and that His Holiness “asks us all to love, to forgive, and to be open-minded.”

Far from being mere talkfests, the two conferences launched a number of concrete action plans to counter worldwide religious persecution.

The second conference concluded with a group of religious and civil society leaders announcing the formation of the Taiwan International Religious Freedom Roundtable, aimed to bring together voices in Taiwan to defend religious freedom around the world. Radio Taiwan International launched a new channel, the Voice of International Religious Freedom, dedicated to broadcasting on this topic. A group was established to lead an initiative to provide health care to victims of persecution.

The Forum also issued a declaration on the persecution of Uyghurs, urging all governments to provide humanitarian relief and refugee resettlement for these Chinese Muslims.

Taiwan is clearly making a heroic effort to promote religious freedom around the world, and deserves to be supported by all freedom-loving nations including Canada.

But George Leslie Mackay, the standard bearer of Canadian values— who is still revered as a national hero in Taiwan— would not be so impressed with his own country today.

Nor has the current Canadian government made religious freedom a top foreign policy priority. Its support of Christians, Uyghurs and other persecuted minorities— except for a few commendable steps such as recognizing the Rohingya and Yazidi genocides— has been lukewarm at best.

It’s time for Canada to step up, not only to follow Taiwan’s example and take a bolder stand on religious freedom, but also to support initiatives designed to advance it.

It is undoubtedly in Canada’s interest to do this. The precarious state of religious freedom worldwide is not only inherently tragic, but also has a geopolitical significance that goes beyond helping millions of Uyghurs, Christians and other minorities to live and worship in peace.

Religious freedom is an inextricable part of a democratic world order, and a counter-force to alternative ideologies of hate, repression and terrorism that spread so easily across borders.