Parents and children should be at the heart of education, not teachers or cumbersome regulation. National School Choice Week, spearheaded by our neighbour to the south, offers a chance to highlight examples of school diversity already on offer in Canada’s provinces and to renew the call for a national conversation on parental choice. A recent Cardus policy study highlights the lessons which can be learned from education diversity across Canada. But the conversation on parental choice can’t be relegated to a few provinces. In Ontario, our provincial approach to education is both a great treasure and a missed opportunity. We haven’t been good at telling the whole story and a meaningful conversation about parental choice in Canada needs to be national.

The charge is often levied that you can have parental choice or you can have equal access to education but you can’t have both. Saskatchewan, Manitoba, Alberta and British Columbia (BC) all beg to disagree. They all offer varying levels of support for independent schools and are all examples of provinces striving to achieve a greater balance between access and parental choice. It would also be a mistake to present Ontario’s public provision as entirely monochrome since separate systems are funded. There is no funding for independent schools in the province and so Ontario’s parents don’t have access to the same level of choice offered elsewhere in Canada.

Education in Canada is a provincial responsibility, which gives the provinces and territories the potential to act as incubators for innovation that enhances the quality and delivery of education in the country. Many provinces do offer parents some choice within their public education systems. Both BC and Alberta support independent schools within a public system that provide alternatives for parents. 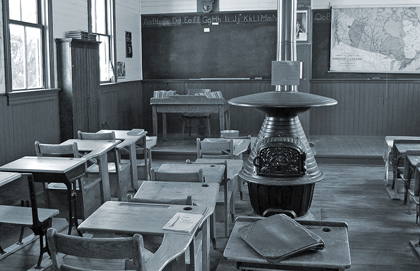 Funding for independent schools in BC includes all religious schools in the province. Teachers in these schools must still be certified by the Ministry of Education, but these schools have the freedom to approach the curriculum from their own perspective, while still meeting minimum standards in specific areas like English, Math, Science and French. Parents in British Columbia have also been able to enroll children in schools outside of local catchment areas since 2002. A 2015 C.D. Howe Institute Study credits enhanced school choice with improved reading and numeracy scores in some neighbourhoods. No evidence was found that the policy increased academic inequality between schools and nor did high achieving students cluster to certain schools.

Alberta also offers many options for schooling—the majority are fully or partially publicly funded. Parents can choose from an impressive list of diverse schools including First Nations, Metis and Inuit Schooling, distance learning, francophone schooling, Hutterite Colony schools, independent schooling, public and English separate and French separate (mostly Roman Catholic) systems. All of these options are recognised in Alberta’s School Act and, depending on compliance, lead to graduates obtaining the Alberta graduation diploma.

Advocates of expanded educational choice in Canada need look no further than our own borders. There are already strong models for provinces looking to provide parents with more educational options. These models should encourage other provinces, like Ontario, to enhance parental choice.

Cardus has provided the first forum for a pan-Canadian conversation through our Toward A Warmer Climate for school diversity initiative. More needs to be done. Education is a public good, and efforts to create more options for parents should not simply be seen as taking place outside the public system. In order to ensure all Canadians have access to it, diversity and choice in education should be something available within the public education system.

It’s an approach that has always been central to the progressive liberal platform in education, and Hargreaves has held Alberta up for a decade as a model of such systematic building of educational excellence ...