Alyssa died with both her father and mother, John and Keri.

Payton died with her mother, Sarah.

And, of course, Gianna died with her father, Kobe.

Christina Mauser was an assistant basketball coach who was killed in the crash, as was the pilot, Ara Zobayan.

It is all rather unbearable, compounded with the rituals of celebrity mourning.

My sense is that the public drama after Kobe’s death is more respectful than it was, say, after the reaction surrounding Michael Jackson or Diana, Princess of Wales. Perhaps the culture is learning how better to keep its balance, even when knocked down by the news of three teenage girls and their parents killed in a horrific accident.

My thoughts about Kobe’s death are largely about time, about timing.

From the moment
I started rolling my dad’s tube socks
And shooting imaginary
Game-winning shots
In the Great Western Forum
I knew one thing was real:

I fell in love with you.

This season is all I have left to give…

So much of a great athlete’s life is about time and timing. The difference between being good and great, between greatness and being the greatest of all time, is measured in little fractions of a second. And in basketball, so many of the dramatic moments are in those last seconds, 5… 4… 3… 2… 1. 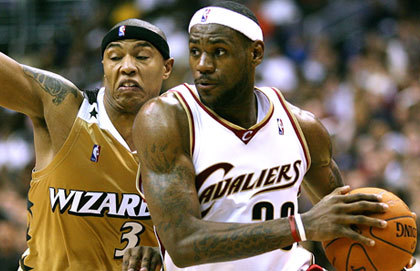 In basketball, everyone knows about the last seconds, 5… 4… 3… 2… 1. In life it’s not quite the same. What were those last five seconds like aboard the helicopter? Terrifying no doubt, with parents reaching for their children to comfort them. But the last five minutes? Perhaps they were tranquil, nothing out of the ordinary.

The scriptures are replete with warnings about the shortness of life, and the unexpected hour at which it will end. Death came too soon for Kobe, all remarked, and even more so for the three girls. Death is like that. There is no clock winding down and certainly there are no timeouts.

Kobe the athlete was always better prepared than anyone else. The crash reminded so many that being ready, being prepared for death is of primary importance. And readiness for death shapes the way we live.

It brought a measure of consolation to many to know that Kobe and his daughter went to Sunday Mass at Our Lady, Queen of the Angels, their parish in Newport. They went to 7 a.m. Mass. They were dead less than three hours later.

The juxtaposition, terrible as it is, bluntly reminds us that making time for God on the Lord’s day is the third commandment and remains valid. It should prompt all Christians, particularly Christian parents, to think about how they allocate their time on the Lord’s day. For it’s not actually our time is it? The day belongs to the Lord.

One of the more poignant moments of the days since the crash came from Shaquille O’Neal, who won three NBA championships playing with Kobe for the Lakers. In the midst of a long, tearful soliloquy on TNT about his pain at losing his “little brother” he mentioned that he had not spoken to him in nearly four years.

Why? Shaq and Kobe had a complicated relationship, but it wasn’t that. Shaq works a lot, Kobe works a lot. Just being busy. Four years went by. Most of us can relate. That old friend – perhaps even that little brother in the family – has it been already a year? Four years?

Shaq has learned his lesson. Tempus fugit. He isn’t going to wait until he is not busy. He is going to “take time just to call and say I love you."

Greatest of All Time

Ever since the braggadocios Muhammad Ali conferred upon himself the title of Greatest of All Time, that pernicious piece of vainglory has metastasized through the culture. Even Jeopardy! had a contest to crown its own GOAT recently.

And so Magic Johnson was there on Sunday calling Kobe the greatest-Laker-of-all-time, which was gracious, but surprising, as I thought Magic himself was the GLOAT. But then I was a teenager in the 1980s, when Magic was so magical. Later teenagers would regard Michael Jordan in that way, and then Kobe and LeBron James. Greatest of all time is of course a pretension. It really means the greatest of our time, and that “our” can be very particular, and not a very long time at all.

Kobe was great, no doubt about it. Third on the all-time NBA scoring list twenty-four hours before he died. Fourth on the scoring list when he died. LeBron passed Kobe on the list playing in Philadelphia, Kobe’s hometown, on Saturday night. Kobe tweeted his gracious congratulations to James, “my brother”, for surpassing his total. James had written “Mamba 4 Life” on his basketball shoes for the game, an homage to Kobe’s nickname. “4 Life” turned out to be very short indeed.

And so his last tweet, his last public words, were words of grace and congratulations and brotherhood.

Everyone said, as everyone does when some dies at 41, that it was far too soon. But with the eyes of faith – and it sometimes hard to see when there are plenty of tears – when is the right time? When is a good time? Part of the Christian tradition is that the God who is love takes us at the time most advantageous for our salvation. At what other time would He take us?

Kobe was killed on that hillside at a time in his life when there was happiness and peace in his family. It was not always that way, as has been well chronicled. What if he had been in an accident when he first got married, and was consequently estranged from his parents? What about in 2003, when he was caught in adultery and charged with rape? The charges were dropped, and Kobe apologized for what was a great sin, if not strictly a crime. What if in 2011, when Vanessa, Kobe’s wife, filed for divorce?

But a reconciliation came in 2013, and then two more daughters, the youngest of which was born just last year. From a natural point of view, Kobe’s premature death came at a time when there was much evident goodness and happiness in his life. From a supernatural point of view, we cannot know with certainty, but we trust that it was a good time, a salvific time, for those on the chopper who died. That is the consolation of faith in face of the enormous sadness.

Kobe Bryant and the three teenage girls and their parents and their friends, requiescant in pace.

The One True GOAT

There are many great pretenders to the title of greatest athlete of all time. But Father Raymond de Souza acknowledges New England Patriots’ quarterback Tom Brady has a commanding claim to being better than all the rest.