There has been much talk about York University's decision to accommodate the religion-based request of a male online student to not engage in group meeting work with female students. Most of the "news" pieces I've seen call the decision, and the student who made the request, sexist, misogynistic, and archaic. To accommodate this student, we're told, would be a violation of women's rights. Even Canada's Minister of Justice spoke out against the decision, saying that Canada did not send troops to Afghanistan to fight for women's rights only to have them degraded here.

All of these characterizations are, in my opinion, wrong. Here's why. There is no question of, nor threat to women's equality rights in the accommodation request of an online university student.

This story is being driven by a thorough misunderstanding of Canadian law and human rights.

There are no competing rights to be balanced in a case where granting one student's request does not infringe on the rights of others. In Ontario, every person has the right not to be discriminated against, and to seek accommodation, on the basis of their religious beliefs. Because this is the law, York University is required to accommodate, to the point of undue hardship, the religious beliefs and practices of their employees and students. "Undue hardship" is a legal term which is fluid and case-specific, but in the simplest of terms, it means "undue burden". Among other factors, an undue burden can be determined by the cost and/or labour required to provide the requested accommodation and the impact of providing the accommodation on the human rights of others.

As an employer I am required by law to accommodate the religious beliefs and practices of my staff. That being the case, if an employee requests the day off to observe a religious holiday, I would likely have to accommodate the request. If, however, that employee requested that I close the office and give everyone the day off on that religious holiday, I could successfully argue that it would be unworkable for me to provide the accommodation without undue burden. But the default in these kinds of requests is to provide the accommodation.

The York student's request was a private one. If the professor had kept the request private, as would be expected, there would be no uproar. The student did not ask for female students to be treated differently, prohibited from participating in the online class or prohibited from participating in the group work. He asked that he be grouped with male students for assignments or that he be exempted from having to complete the work in a group. How would granting his request by having him complete the work on his own or placing him in a group with other male students, violate women's equality rights? It wouldn't. 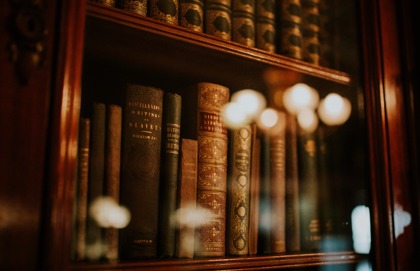 Do Canadian Christians Have the Right to Practice Law?
Defending a Foundational Freedom
Rasouli Case a Win for Patient Rights and Beliefs—And Cause for Concern

We may not agree with the beliefs that underlie this student's request, but his requested means of accommodation does not violate anyone else's rights. Or provisions of the Canadian Charter of Rights and Freedoms. Or sections of Ontario's Human Rights Code.

Men and women have the right not to be discriminated against on the basis of their sex, but there's no right for men or women to be in a study group with students who may not want to be in a group with people of the opposite sex. There is no legal balancing of rights necessary in this case because there are no competing rights in this case. If the student had asked for female students to be excluded from the classes he participated in, that would be a case of competing rights. In the balancing of rights in that scenario, request denied!

What matters here is context. Neither the student's religion nor the basis of the religious belief preventing him from being in a study group with female students was divulged. Should it matter whether he is Muslim, Jewish, Christian or something else? In law, it doesn't. In law, so long as the religious belief is sincere, it doesn't matter whether it's shared by all or most other people subscribing to a specific faith system. At least that is the opinion the Supreme Court of Canada has expressed on several occasions.

If this student truly believes that, for religious reasons, he ought not to be engaged in group work with female students, he should, at law, have his religious beliefs accommodated to the point of undue hardship.

Imagine, for a moment, his request was not a religious one. Imagine the student requesting the accommodation was Raj Koothrappali, the fictional character from the television show The Big Bang Theory. Until recently, the plotline had Raj unable, from fear, to speak in the presence of women (other than his mother) unless he had imbibed alcohol. In such a scenario, the accommodation request would be based on disability, not religion. Would that be sexist, misogynistic and a violation of women's rights?

If someone would grant these latter two requests but not the one on religious grounds, perhaps their objections are rooted in their view of religion, not this specific case.

There is no "one-size-fits-all" approach to human rights. Factual context and a proper appreciation of the law is necessary. At present, we label ourselves—constitutionally and in our laws—as a society that respects and affirms religious freedom. Until and unless we change our position as a society to one that only respects, affirms, and tolerates religious freedom for religious beliefs and actions we agree with, there is no legal basis upon which this student should not have received the accommodation he requested.

With this statement, Justice Karakatsanis recognizes the significance of religious beliefs and the importance they play in questions of life and death—but, in spite of this recognition, she jumps straight to a position that places religious beliefs behind the standard of care exercised by doctors Th...