Lockdown orders are not justified. There is, consequently, no moral obligation to obey them. Let me explain.

In the wake of SARS and H1N1, Public Health Canada Canadian drafted the Pandemic Influenza Preparedness guideline (CPIP). Although we failed to meaningfully operationalize this guideline it nevertheless maintains that, “when considering restrictive measures, it is important to balance respect for autonomy against the protection of overall population health. In such situations, the principles of proportionality, reciprocity and flexibility are involved, with a view to safeguarding individual freedom to the extent possible while promoting protection against the health and societal consequences of influenza infection.”

What does this mean?

I understand it to mean that justification for state-sanctioned paternalism for public health-protecting reasons is possible; i.e., it’s possible for public health measures that limit the scope of civil liberties to obtain warrant. It is just that in order for them to actually obtain warrant, measures must be evidentially and demonstrably effective at achieving their aim, their purported benefits must outweigh their foreseeable harms, and they must be clearly, uniformly, transparently, and publicly communicated. These are jointly necessary and sufficient conditions for limiting (i.e., not infringing) rights and civil liberties. These conditions have not been fulfilled with lockdown measures.

Some questions: Under what conditions is it permissible to disobey the law? What policies would warrant citizens to no longer recognize the legitimacy of state authority?

There is the fact of law, and there is the force of law, but it is neither fact nor force that provides the law with legitimacy. This is, of course, the condition of the possibility of claims like “an unjust law is no law at all. If the law is just, then failure to obey is illegitimate, and one is rightfully subject to the proportionate sanctions commensurate with this law. If, however, the law is unjust, then failure to obey becomes legitimate, and one is wrongfully subject to what could only be considered disproportionate sanctions. In this latter case, the law is incommensurate with the right and the just; it is law, but not law-full. The upshot: When it is not possible for a law to obtain justification, it does not have the ability to be legitimate, and when a law cannot obtain legitimacy, disobedience to that law becomes morally warranted.

When it is not possible for a law to obtain justification, it does not have the ability to be legitimate, and… disobedience to that law becomes morally warranted.

But how shall we know whether a law is unjust? The ontology of civil disobedience merely sets out that disobeying a law is potentially justified on extra-legal grounds. The epistemic situation of the would-be defiant is more difficult. For the question turns now on when disobedience is actually warranted. Henry David Thoreau is right to think that “if injustice is part of the friction of the machine of government,” then we ought to “be a counter friction to stop the machine.” 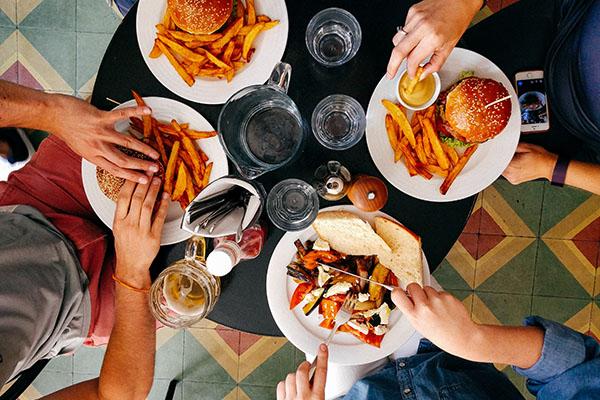 Imagine that the Universal Declaration of Human Rights provides us with the content of the concept of the “sovereignty of mankind.” The rights outlined in this document serve to protect and promote fundamental human goods, secure or make provision for the intrinsic values of humans. This is the moral character of rights: they determine the minimum standard of what is morally permissible, prohibited and prescribed in human acts, legislation included.  So, for law to be legitimate, it must be predicated on such rights.

How do rights protect, promote or make provision for human interests? Rights involve either claims or privileges. When rights make claims, there is a corresponding duty made upon others to respect the claim being made. If someone makes a claim against you, you are no longer at liberty to do what that claim prohibits. Claim rights protect basic human interests from being harmed (e.g. security of the person). When rights involve privileges, there is an inability of others to make claims against you. If you have a liberty, you no longer have a responsibility to respect a claim because a claim can’t be made against you. Privilege rights promote the expression of permissible human interests (e.g. freedom of belief).

We’re now in an epistemic position to judge when a law is unjust: When a law fails to protect claim rights or promote privilege rights, or fails to make provision for the actual exercise of either, it is not possibly just. So, just how do lockdown measures fail to be legitimate and consequently fail to demand our obedience?

Consider the right of “the security of the person.” This right makes a claim against others to refrain from inflicting any undo harms, be they physical, psychological, or economic without the express consent of the agent. But it also safeguards those things we are properly at liberty to do up to the limit of inflicting undue harms on others. Rather than make provision for the State to safeguard its citizens against suffering harms whatsoever, security of the person actually safeguards the citizen against the state inflicting undue harms on them, while simultaneously safeguarding individuals against the harmful exercise of their protected liberties.

Lockdown measures have reversed this order. They essentially mistake a claim right for a privilege right - they force individuals to suspend what they are properly at liberty to do in order to protect others from harms they cannot be properly protected from. In the process, lockdown orders demand that persons do what they neither can, nor ought: that they suspend their right to security of the person for the sake of being secured against the very harms this right is meant to safeguard persons against.

If the law is incommensurate with the right and the just, it is law, but not law-full.

That there is less evidence for their effectiveness than there is for their ineffectiveness makes matters worse. That the manifold harms of lockdown measures far exceed their purported benefits, even more so. It is morally permissible to enact a policy wherein harms quantitatively outweigh benefits, but only if the benefits are of such comparative quality that failing to promote them would itself constitute a greater harm. Given that the purported benefits of lockdown are to safeguard public health at the expense of the rights and freedoms constituting the condition of the possibility of the true promotion of public health, lockdown measures are orders of magnitude less beneficial than their harms.

In the meantime, civil disobedience to them appears morally warranted.