Questions about the whiteness of Jesus, White presence in Bible times, and the whiteness of the North American Church have become widespread in public debate during recent months. It’s not that there wasn’t already discourse about these points, but discussion was relatively confined and, some might say, often seemed more an assortment of monologues rather than conversation.

Was Jesus white? It’s a fairly simple question, with or without photographic or archeological evidence. Yes or no. That’s the answer: yes or no.

Before I expand on that response, here’s another question. Does it matter to the mission and ministry of Jesus and his Church whether Jesus was White? Does the gospel change based on the colour of Jesus’ skin? The answer to those questions is shorter. No.

You and I have likely experienced similar demographic questions or descriptors that reference White as an all-embracing classification for a large swath of humanity. The federal census is more detailed, but professional surveys and news commentary frequently conflate ethnicity with colour. Options presented are often along the following lines: White, Black, Indigenous, Asian, South Asian, Other. More recently the category “prefer not to say” has been added to surveys.

What do we do with that? White isn’t a race or an ethnicity. It’s a colour. So is Black. Although we know Indigenous is most often aboriginal, how many generations prior does one’s family have to have arrived in a land before one is Indigenous? While the answer to this question may seem apparent in North America or Australia, it is less so in the Middle East and other parts of the world. These same surveys sometimes substitute East Asian for Asian, although I haven’t seen North Asian or West Asian as options.

Presented with this array, what would Jesus tick?

If Jesus is at all like me, or I at all like him, he might tick the Other box. I do this on an annual professional report that asks me for my ethnic background. Although I’m out in the sun without sunscreen for thirty minutes to an hour on most warm weather days cycling with my grandson, the hostess at a socially distanced dinner I recently attended was quick to suggest I sit in the sun to soak up some vitamin D because I was so, well, white. Still, I select the Other box, which requires I write in a description, Caribbean-Canadian. Hey, my ancestors spent three-and-a-half centuries living and dying in Barbados before my parents immigrated to Canada.

Jesus would encounter a problem with today’s ethnicity/race question. Jesus was a Mediterranean Jew, born in Bethlehem of Judaea.

When it comes to shades of white, the Mediterranean complexion gets tossed in with White on contemporary surveys unless one chooses Other. Coptic Egyptian friends? White. Greek? White. Italian? White. Spanish? Portuguese? White. White. My friends with their Mediterranean olive-skinned appearance are not white like blond-haired blue-eyed Scandinavians or someone of Germanic descent, or like me who can trace ancestry across centuries to Scotland on my dad’s side and England on my mum’s. But, if Mediterranean friends are White so was Jesus. Even my Palestinian Arab friends would be slotted in the darker-shade-of-White category.

To avoid being boxed in as White my friends and Jesus would have to choose Other. That’s the “or no.” Jesus was not likely pallid in appearance. x-Other: Mediterranean Jew.

Supplementing the debate about the whiteness of Jesus is one about the presence or absence of white people during Bible times. Until recent months I had not heard the statement, “There were no white people in the Bible.” Maybe I wasn’t listening for it, because it seems now to be passionately argued. If we categorize the Romans, Greeks, Arabs and Jews as White, there are no Bible stories without white people. If those key participants are characterised as "Other, write in description," there are still white people to be found in Scripture.

There would be some people of paler complexion in the Mediterranean camps – Romans, Greeks, Arabs, and Jews – just as there are today. Additionally, there would be those Indigenous light-skinned people from other parts of Europe who were aligned with the Roman Empire because of conquest or economics.

Paul’s letter to the Christians in Galatia was written to people of Celtic ancestry. The Gauls of Galatia moved from the area of modern day France to an area in modern day Turkey about three centuries before the birth of Jesus. 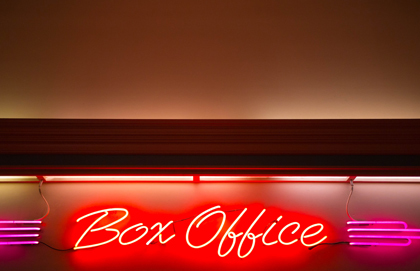 History also points us to the reality of trade routes and cosmopolitan centres, particularly port cities and historic national capitals like Jerusalem, where people of all ethnicities, races, and colours mingled. Much like many cities today.

Perhaps, one significant error made when reflecting on whiteness in the Bible is the failure to consider other-than-whiteness. It’s easy to read the Bible with mental images of characters who resemble us, rather than situating them in their own context.

What is the likelihood that Egypt’s Pharaoh resembled a tanned and oiled up Yul Brynner as portrayed in the movie The Ten Commandments? Egypt didn’t fall under Persian rule until five centuries before the birth of Jesus. Is it more likely that Pharaoh was Nubian, i.e. Black, like the population living along the Nile River some 1300 years before the baby born in Bethlehem?

Speaking of the Nile, the story of Moses is quite different in perception if Pharaoh’s daughter is considered dark-skinned, like her parents, and the infant retrieved from the river (Exodus 2:5-6) of olive complexion, like his parents.

After Moses’ return to Egypt to lead the Israelites’ exodus, perhaps the objection of his siblings Aaron and Miriam to Moses’ wife, Zipporah, was because she was a Cushite (Numbers 12:1), a dark-skinned African.

In The Song of Solomon, the love interest being pursued by Israel’s king sometime in the 900s B.C. describes herself as “very dark, but lovely” (1:5). Solomon calls her “most beautiful among women” (1:8) and “a mare among Pharaoh’s chariots” (1:9). Bride and groom.

There are other Biblical passages that may require our reconsideration, but these are sufficient to suggest the next point. Another trending topic is the whiteness of the Church.

Although the Church was initiated by a resurrected Mediterranean Jew whose initial followers were Mediterranean Jews (in fact, Christianity was initially considered to be a branch of Judaism), it wasn’t long before Jesus’ commission to “make disciples of all nations” (Matthew 28:19) resulted in Gentiles – Roman, Greek, Ethiopian (Acts 8:26-40) and Galatian – being added to their number. Reorientation of the Church northward following the diaspora accompanying persecution of Christians in Jerusalem resulted in some contextual theological differences between more northerly, generally lighter skinned, Europeans and the Mediterranean Orthodox and African Orthodox communities of the Church.

Early icons of Jesus in the Orthodox communities portray a darker complexion for the Christ than the blue-eyed sandy-haired pictures found in many twentieth-century Western Sunday School classrooms welcoming the little children unto him. African and African-American portraits are of a Jesus darker still. Indigenous and Asian brothers and sisters render a Jesus more illustrative of their appearance.

It puts me in mind of the Sunday School chorus that, like some contemporary surveys, substitutes colour for ethnicity or race.

Jesus loves the little children,
All the children of the world.
Red, brown, yellow,
Black and white,

[x-Other: olive, too]
They are precious in His sight.
Jesus loves the little children of the world.

Perhaps, rather than debating whether the Church is too white, we in the Church would be healthier to explore the expressed intent of that chorus in the context of Jesus words, “just as I have loved you, you also are to love one another. By this all people will know that you are my disciples, if you have love for one another” (John 13:34-35). Many were doing so before the events of recent months. Many more are doing so today. More are welcome.

Perhaps, rather than debating whether the Church is too white, we in the Church would be healthier to explore the expressed intent of that chorus in the context of Jesus words, "just as I have loved you, you also are to love one another. By this all people will know that you are my disciples, if you have love for one another" (John 13:34-35).

There is no question about the influence of the white-European-heritage part of the Church on the global Body of Christ and the world beyond, for both good and bad. Aleksandr Solzhenitsyn penned the words, “the line dividing good and evil cuts through the heart of every human being.” The Church has not been exempt. Thankfully, there is grace.

We must make the effort to discuss, deliberate, debate and learn from one another what we may have missed in Scripture and life because the lens of experience through which we were reading our Bibles may have been tinted, perhaps partly by Hollywood’s portrayals or pictures on Sunday School walls.

By doing so we might also encourage those outside the Church to think beyond pale assumptions about the colour of Christ’s Body, whether in their consideration of two millennia past or today.

Descriptions of early Church ecumenical councils remind us the bishops of influence invited to participate were from a variety of ethnicities, races and colours. They discussed, deliberated and debated as equals to inform theological formation for the maturing Body of Jesus’ followers. We need similarly to continue having conversation that leads to action in the tradition of mutual respect.

The Body of Christ has many parts, St. Paul wrote, required to relate effectively with one another in order for the Body to function well (1 Corinthians 12:12-27). Some parts are White.

When we from many nations meet together one day with Jesus in heaven (Revelation 7:9), I wonder if he will be to our eyes like the photo circulating on social media accompanied by the query whether we see a black dress with blue stripes or a white dress with gold stripes? Or, hopefully by then we will have become accustomed to and appreciative of our various hues of human; and the colour of Jesus’ skin won’t matter.

The Gospel Spell of Godspell

With a new production of Godspell about to open in Ottawa just before Easter, Convivium’s Hannah Marazzi talks to artistic director Jonathan Harris about what makes a 48-year-old play about 2000 year old Scriptures such captivating theatre for today’s audiences.

What is Alpha and how did this gospel initiative come to take place in over 100 countries and 90 languages each year? Convivium sits down with Shaila Visser, National Director of Alpha Canada to learn more about how how a good meal, short video, and honest conversation just might be they key to accompanying those wrestling with some of life's most important questions.